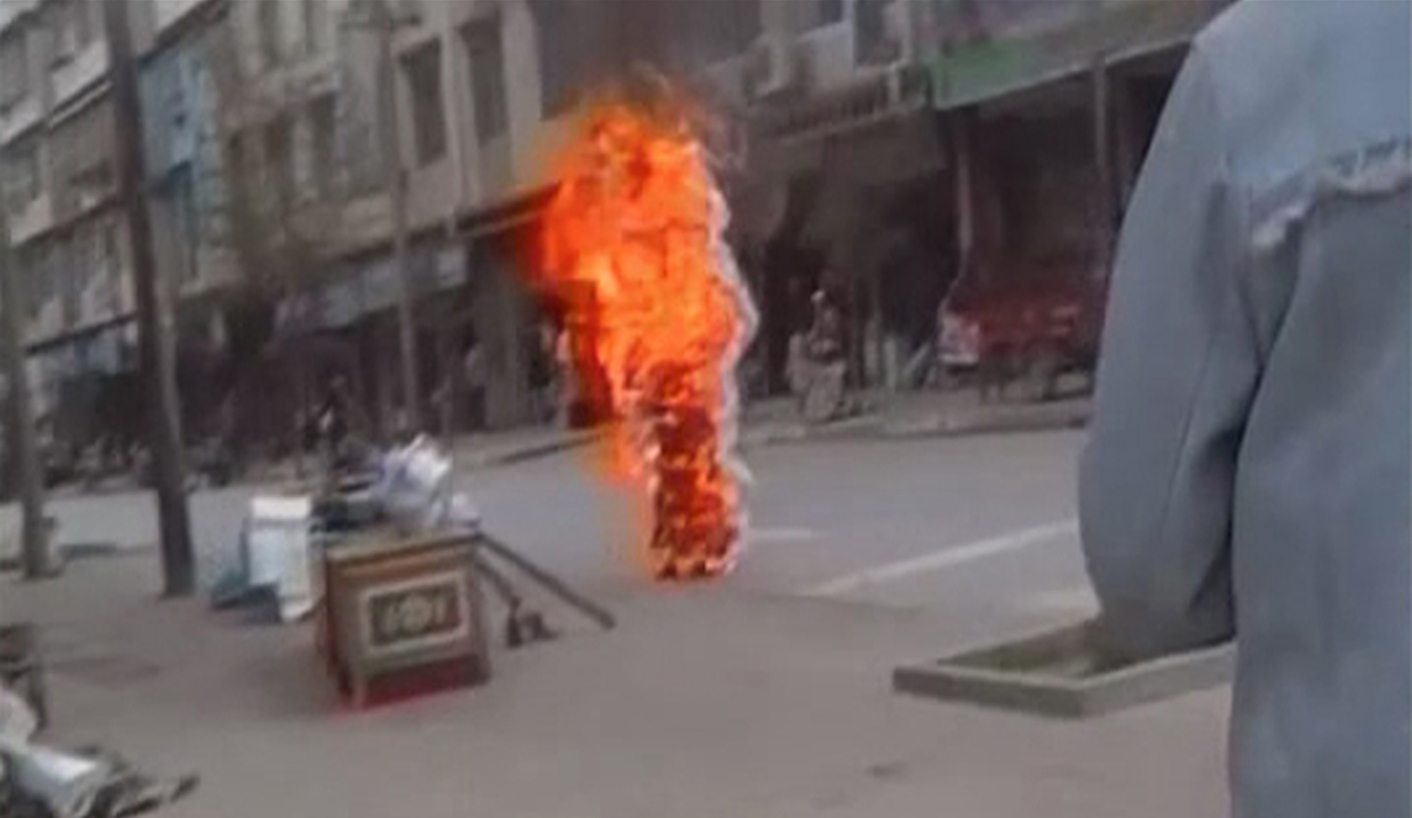 Chinese authorities have detained 70 people in a crackdown on self-immolations in ethnic Tibetan regions, state media said on Thursday, the largest single reported sweep of suspects to date as the government tries to stop the unrest.

Nearly 100 Tibetans have set themselves on fire to protest against Chinese rule since 2009 across a large swathe of ethnically Tibetan regions, with most of them dying from their injuries.

In the past few months, the government has begun a new tactic to discourage the protests, detaining and jailing people it deems to have incited the burnings.

The latest detentions took place in the northwestern province of Qinghai, where police detained 70 “criminal suspects”, 12 of whom were formally arrested, meaning they will be charged, the official Xinhua news agency said.

“A few individuals with a strong sense of extreme nationalism showed sympathy with the self-immolators and followed their example,” Lu said.

“We are deeply concerned about the overall deteriorating human rights situation in Tibetan areas, including not only the tragic self-immolations, but also that criminal laws have been used to deal with people who have associated with those people,” she said.

“Our concern is that there are deep grievances within the Tibetan population which are not being addressed openly and through dialogue by the Chinese government,” added Nuland.

Beijing considers Nobel peace laureate the Dalai Lama, who fled from China in 1959 after an abortive uprising against Chinese rule, a violent separatist. The Dalai Lama says he is merely seeking greater autonomy for his Himalayan homeland.

He has called on China to investigate the self-immolations. He has said he is not encouraging them but has called them “understandable”.

China has defended its iron-fisted rule in Tibet, saying the remote region suffered from dire poverty, brutal exploitation and economic stagnation until 1950, when Communist troops “peacefully liberated” it.

Tibetan areas in China have been largely closed to foreign reporters, making an independent assessment of the situation there hard. DM

Photo: Tibetan Buddhist nun Palden Choetso burns on the street in Daofu, or Tawu in Tibetan, in this still image taken from video shot on November 3, 2011 and released to Reuters on November 22. The 35-year-old Tibetan Buddhist nun burned herself to death on the public street earlier this month, the latest in a string of self-immolations to protest against Chinese religious controls over Tibet. REUTERS/Students For A Free Tibet via Reuters TV