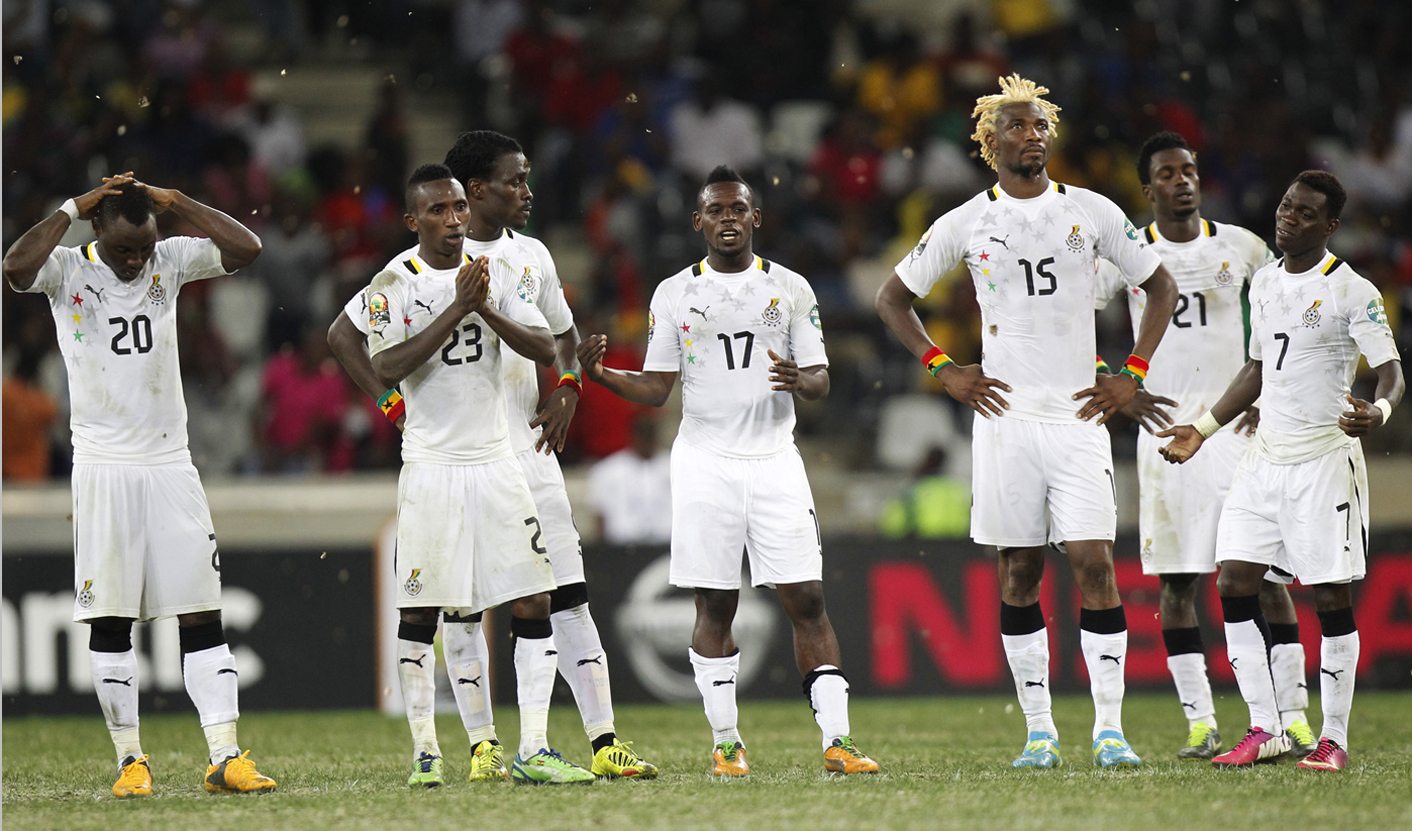 Nigeria absolutely hammered Mali, sealing its spot in the final of the Africa Cup of Nations. Burkina Faso and Ghana, meanwhile, had to settle the score on penalties in a match which had some rather questionable refereeing decisions. ANT SIMS wraps up the action of the second semi-final.

Nigeria booked its spot in the final of the Africa Cup of Nations with its most dominating display in the competition to date. The team ran riot against Mali on Wednesday night at the Moses Mabhida Stadium, thrashing them 4-1.

It took just 25 minutes for the Super Eagles to open the scoring when Elderson Echiejile found the back of the net, thanks to some lovely play from Victor Moses. The Chelsea man turned his defender inside and out on the right, and crossed a picture-perfect ball for the Braga man.

Just five minutes later, Nigeria doubled its lead, with Emmanuel Emenike breaking forward and sending the ball straight to Brown Ideye, who scored from close range while being pressurised by the defenders.

The rout continued, this time through an own goal from Mali’s Momo Sissoko. Emenike celebrated after a low free-kick from 20 yards out, but the ball crept into the left-hand post.

Seydou Keita missed from closer range a few minutes into the second half, and while that would have been a nervy moment for the Super Eagles, they made sure they were in firm control an hour into the match. Musa Ahmed avoided the offside track and tucked the ball firmly into the net, taking the lead to 4-0.

There could have been a much worse ending for Mali, as Nigeria had a goal disallowed a few minutes later, with Ahmed ruled offside. Cheick Diarra found a consolation goal for last year’s third place winners by slotting in from 15 yards out, but it was too little, too late – Nigeria already had its ticket to the final signed, sealed and delivered.

Burkina Faso pulled off a massive upset over Ghana. Just a year after losing all three of their group games, they beat one of the tournament favourites – despite the referees’ best efforts to steal their dream.

It’s the first time the Stallions have managed to make it to the final, and they did it in thrilling fashion, sealing the win in a nailbiting penalty shootout that sent the Ghanaians sobbing.

Wakaso Mubarak scored first for Ghana after a controversial penalty was given out. A challenge from Madi Panandetiguiri brought Christian Atsu inside the area, but nobody could really tell what exactly the penalty was given for. Atsu seemed to just fall over and nobody was really sure why. Even worse, Burkina Faso should have had a penalty just a few minutes earlier, when Jonathan Pitroipa was shoved in the box by John Boye.

Burkina Faso did manage to equalise, though, through Aristide Bance; who netted in a lovely goal from 40 yards out, just seconds after Ghana had hit the woodwork.

With things all square at the full-time whistle, and after plenty of pushing forward from both sides, the match was forced into extra time.

Sadly, that only made the refeering in the match extra shambolic.

A few minutes into extra time, Prejuce Nakoulma managed to poke the ball into the net, but the goal was disallowed on grounds that Nakoulma’s foot was too high. Despite his studs being down and his position far away from the keeper, the referee ruled dangerous play.

Ghana coughed and spluttered their way through extra time, looking shattered. Burkina Faso continued to press forward and look far more disciplined and composed than the Black Stars, but they simply couldn’t find the back of the net.

Jonathan Pitroipa was sent off with around five minutes to go in extra time after earning his second yellow of the night. Pitroipa went down in box, and while he made a lot of it, there was definite contact. It was less of a dive than what had been seen all evening, but the referee insisted it was simulation and pulled out the red.

With just ten men on the pitch, it all went down to penalties.

“Mali is a good team with a top player like Seydou Keita. But they are not very fast at the back and we took advantage of this to score our first two goals.” – Nigerian coach, Stephen Keshi.

“I’m still proud of this team. We worked hard even though we did not reach the final.” – Mali’s coach, Patrice Carteron.

Nigeria has won the tournament twice (in 1980 and 1994) and has finished third four times now. The joke is that Nigeria have returned to collect the title they left behind in South Africa when they failed to defend it during the 1996 competition.

The last time a team made it to the finals of the competition for the very first time was when Senegal did it in 2002. They finished runners-up after losing to Cameroon. DM