Mali: After the French fireworks, who will clean up the...

Mali: After the French fireworks, who will clean up the mess? 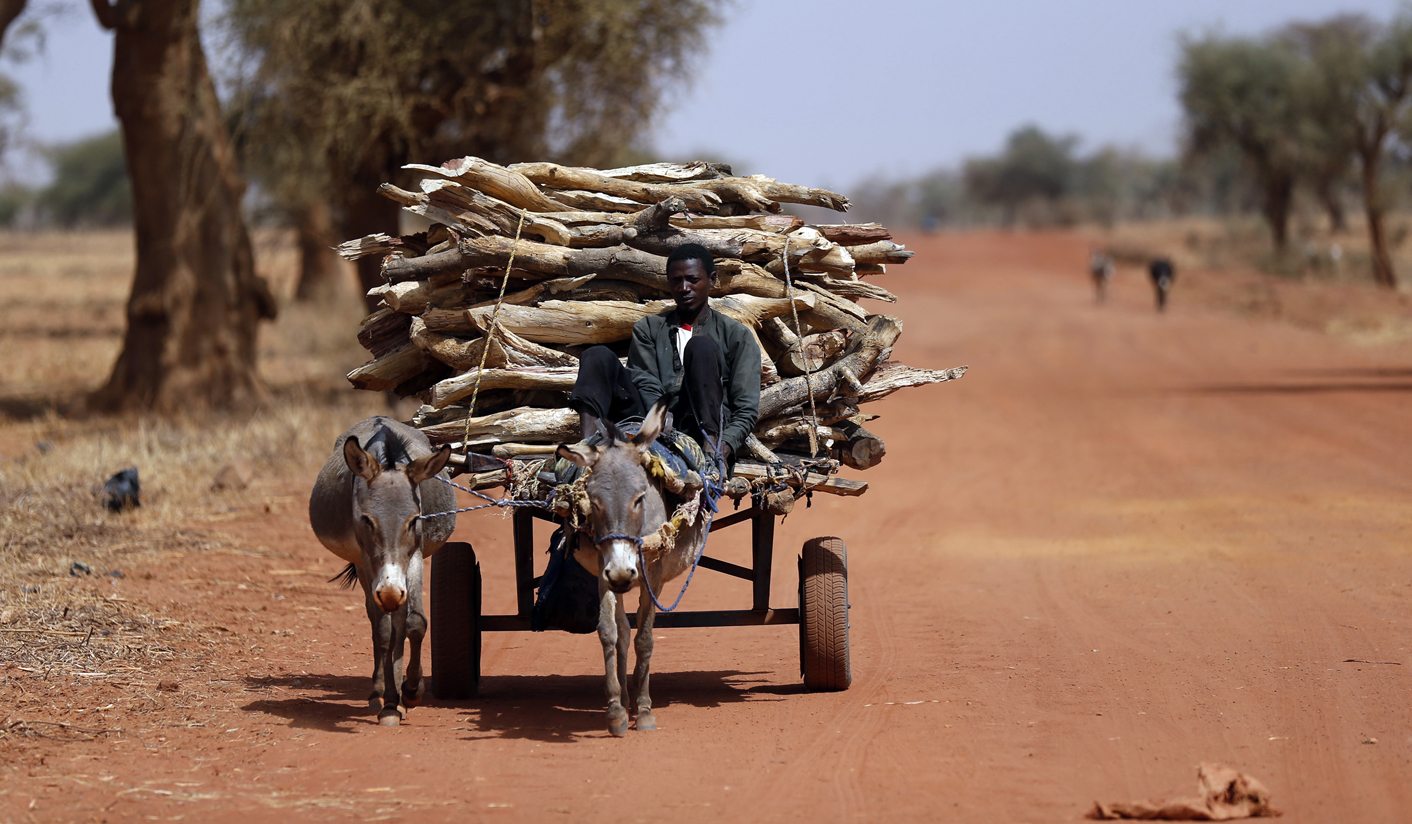 The war in Mali is proceeding apace, with the French military providing a “shock and awe” display of such magnitude that the Islamist rebels had little choice but to scurry back into their mountain hidey-holes. Mali’s government is so happy they gave French President Francois Hollande a camel, but that shouldn’t distract anyone from the daunting tasks which lie ahead. By SIMON ALLISON.

Vive la France! Vive la Republique! Vive la Francafrique! Ah, the good times are back for France in Africa. It may be the 21st century, Africa may be liberated, and racism may be less fashionable than it was just a few decades ago, but other things haven’t changed much. On Saturday, a French president stepped off a French military plane in what was once a French colony. The French honour guard saluted, while the locals did what locals do best: sing and dance, and give curious cultural gifts, such as the unhappy baby camel which was the only creature in Bamako airport remotely disquieted by Francois Hollande’s arrival. (Hollande is already getting the T-shirt printed up: “I intervened in Mali and all I got was this lousy camel.”)

But this time it’s different. The French are no longer colonisers, or imperialists, or even plundering racists. This time, they are saviours. They are liberators. They are – let’s shout it from the rooftops and the embassies and even our continental institutions – heroes. “Thank you France,” screamed the cheering crowds that turned out to greet the French president in Mali. “Hollande is our saviour.”

Thing is, the crowds have a point. France’s sudden military intervention in Mali was bigger and badder than anyone anticipated, and in three short weeks French troops – with a bit of help from their Malian counterparts – have not only halted the rebel advance but rolled back almost all their gains, retaking the northern cities of Gao, Timbuktu and Kidal. The speed and intensity of their advance shocked most observers, including the Islamist rebels, who have been forced to run back to their remote mountain strongholds with their turbans firmly between their legs.

But France isn’t finished with them yet. Even as Hollande was doing his conquering hero bit – which (perhaps to his credit) he doesn’t do very well, lacking the panache his predecessor Nicolas Sarkozy would surely have brought to proceedings – his generals were planning the next assault, this time an air attack against those same mountain strongholds, targeting the fuel depots and hide-outs in which the rebels are taking stock.

The French intervention continues to be an exceptional display of military might, of “shock and awe” at its most shocking and awesome. And, as more reports emerge of the brutality of the Islamists’ brief reign in northern Mali, and the callous disregard they showed for a continent’s most precious history, it’s tempting to join in the chorus of praise singers, which includes everyone from US vice-president Joe Biden (France’s “decisive action” is “in the interest of everyone”) to the African Union (“France is doing a remarkable job in Mali”).

But that might be pre-emptive. “There is a danger in a moment like this of falling prey to some kind of intoxication, and pretending there is no hangover to follow,” writes Sahel analyst Alex Thurston, probably the most reasonable outside voice on this issue. Thurston doesn’t like getting caught up in any kind of hysteria, be it scare-mongering about Al-Qaeda in the Islamic Maghreb, a blind conviction that the war in Libya caused the war in Mali, or wild French flag waving. For him, things are always more complicated – and he’s right, of course.

There will be a few contributing factors to the post-intervention hangover. First, and most pressing, is the humanitarian crisis. The numbers speak for themselves: 380,000 people have been displaced by the conflict. There is a likelihood of this figure rising to above one million. These people need to be looked after and repatriated, the sooner the better.

Then there’s the food crisis Mali was having a tough time of it anyway, before all this started, but the fighting has meant that they’ve put virtually no measures in place to compensate for the droughts which have devastated crops. According to the United Nations, 4,6 million Malians are at risk from food insecurity. That’s a substantial proportion of Mali’s nearly 16 million-strong population.

Then there’s the political crisis – or crises, more accurately. The central government, run from Bamako, is still an interim one. Elections need to be organised, legitimacy granted, and the deep divisions which caused two coups in the last year must be overcome, somehow. The Malian military, instigator of the political upheaval in the south, needs to be reined in. Former northern rebel groups turned allies, such as the Tuareg-led National Movement for the Liberation of Azawad (MNLA) have to be re-integrated into public life through some kind of reconciliation process. Each of the towns formerly under rebel rule has the difficult, fraught task of protecting alleged collaborators with the Islamist rebels and administering justice (rather than vengeance), if such justice is necessary.

Finally, although it’s easy to forget in the intervention euphoria, there’s the rebel crisis which is far from over. Yes, the various Islamist groups which made up the rebel coalition – including Ansar al-Din, the Movement for Unity and Jihad in West Africa (Mujwa), and Al-Qaeda in the Islamic Maghreb – are on the back foot. They’re on the run, and they’re licking their wounds. But they have places to hide, and they’re rumoured to have stockpiled huge supplies of weapons and ammunition in preparation for just such a day as this. Make no mistake, the guerilla war is coming.

By then, however, the French troops should have come and gone. Their plan is to leave Mali just as soon as the African intervention force is ready to replace them, and they’re already making good on this promise: French troops will depart Timbuktu this week, handing the city over to the Malian army. On the one hand, this is an encouraging sign that the French are not planning on turning their intervention into a lingering, neo-colonial occupation. On the other, it’s a bit of a cop out: France has done the easy, impressive bit, and will leave the long-term mess for someone else to clean up.

Not that anyone in Mali seems to mind, for now at least.Except for that unhappy camel, whose refusal to get caught up in the celebrations might just have been the most sensible reaction to what remains a very dangerous, unstable conflict. DM

Photo: A Malian transports wood with a donkey cart on the road between Timbuktu and Douentza February 4, 2013. REUTERS/Benoit Tessier