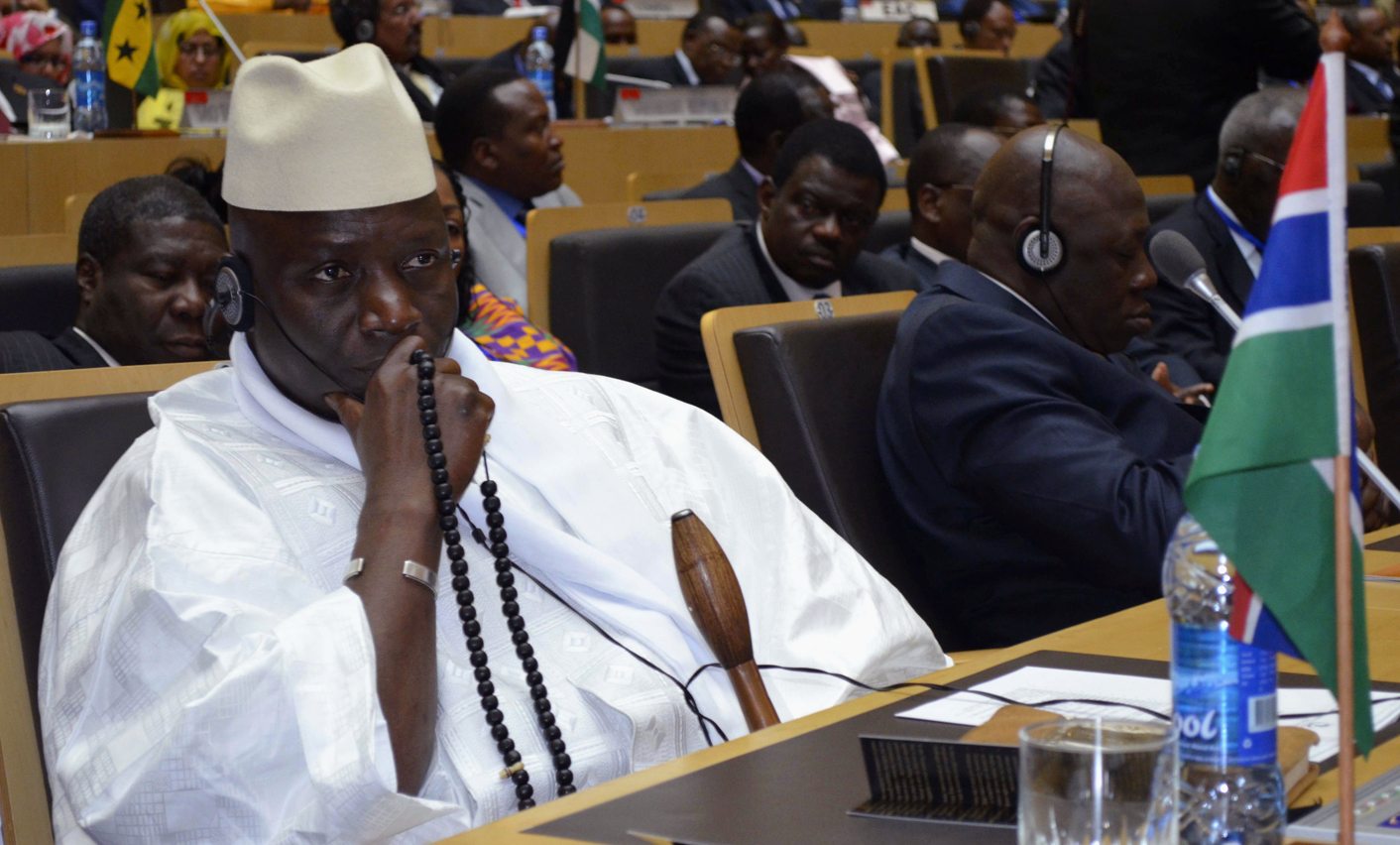 Gambian President Yahya Jammeh, more often in the news for human rights violations than progressive labour practices, has cut the work week for public officials to just four days. This is not just his usual brand of crazy, says SIMON ALLISON, who thinks the president might just be onto something (shh, don’t tell our unions).

It’s not often that we get to say this, so here goes: it’s a good time to be a Gambian civil servant. Thanks to a new decree from eccentric President Yahya Jammeh, public officials in this tiny West African state will work for just four days a week, allowing them “to devote more time to prayers, social activities and agriculture,” according to the official directive.

Not everyone was happy. Opposition parties, for so long reflexively against anything the president says or does, immediately voiced their concerns. One opposition leader, Hamat Bah of the National Reconciliation Party, said it would drastically cut productivity and seriously dent growth in Gambia’s “very small and weak” economy. Another, Omar Amadou Jallow of the People’s Progressive Party, described the new working hours as ludicrous and insane.

Gambia’s opposition politicians have a lot to be angry with Jammeh about. He’s clung onto power for 18 long years, has a horrible record on human rights and development, and thinks he can cure Aids with a special concoction of boiled herbs (he can’t).But on this occasion, their criticism may be misplaced. The four-day working week is far from one of Jammeh’s worst ideas. In fact, the president might just be onto something.

Add into the mix that employees are happier and well-rested because they’ve got three days off; congestion and traffic is reduced as commuting time declines; and energy costs decrease with offices being used less.

It’s a no-brainer, surely – so why has no one else tried it?

Well, they have. The major guinea pig was Utah, home to Mitt Romney, Mormons, and a salty lake (the state likes its descriptive nomenclature: Levan, smack bang in the middle of Utah, is so named because it spells “navel” backwards).

In 2008, the relatively sensible, level-headed legislators and governor of America’s most literate state decided to implement what the cool kids in labour theory circles call the 4/10 (four working days of 10 hours each). They thought they’d save $3 million a year in energy costs, and make themselves very popular with all the public officials who would now knock off on Thursday and go fishing, or whatever it is that Utah public officials do in their private time. In the meantime, they might cause a revolution in how labour is organised.

Unfortunately, the experiment was canned three years later. A comprehensive audit found that while there were savings, these were nearer to $1 million than $3 million. Weighing up their responsibilities, legislators decided that their responsibility to the public to be open longer, coupled with the exponentially higher cost of any potential decrease in productivity caused by not working on Fridays, outweighed the relatively minor financial benefits of the 4/10. The governor wasn’t happy, but his veto was overruled and Fridays became Fridays as we know them once again.

So, in Utah the four-day week wasn’t a raging success, but nor can it be described as a failure. Ultimately, the initiative was scrapped because it was no immediate and significant financial gain from retaining it. But perhaps the politicians there missed the less tangible, long-term benefits, such as employee retention.

“It’s a lot easier to look at the power bill and say the programme isn’t working than to look at who you are retaining — and what each additional year of service brings to the state as far as value,” wrote Lance Haun for human resources trade blog TLNT. “That cowardice means good programmes like the one in Utah get erased while the invisible costs associated with staff turnover, lost productivity and expertise are again swept under the rug in favour of more concrete measurements.”

Which brings us back to Gambia. Contrary to the exasperations of opposition leaders, the four- day working week is neither ludicrous nor insane, and so far there has been no proof that it has a huge immediate impact on productivity, for better or for worse. As for the long-term consequences – well, that’s up to Gambia to demonstrate. For the sake of all our future weekends, we hope they make it work. DM