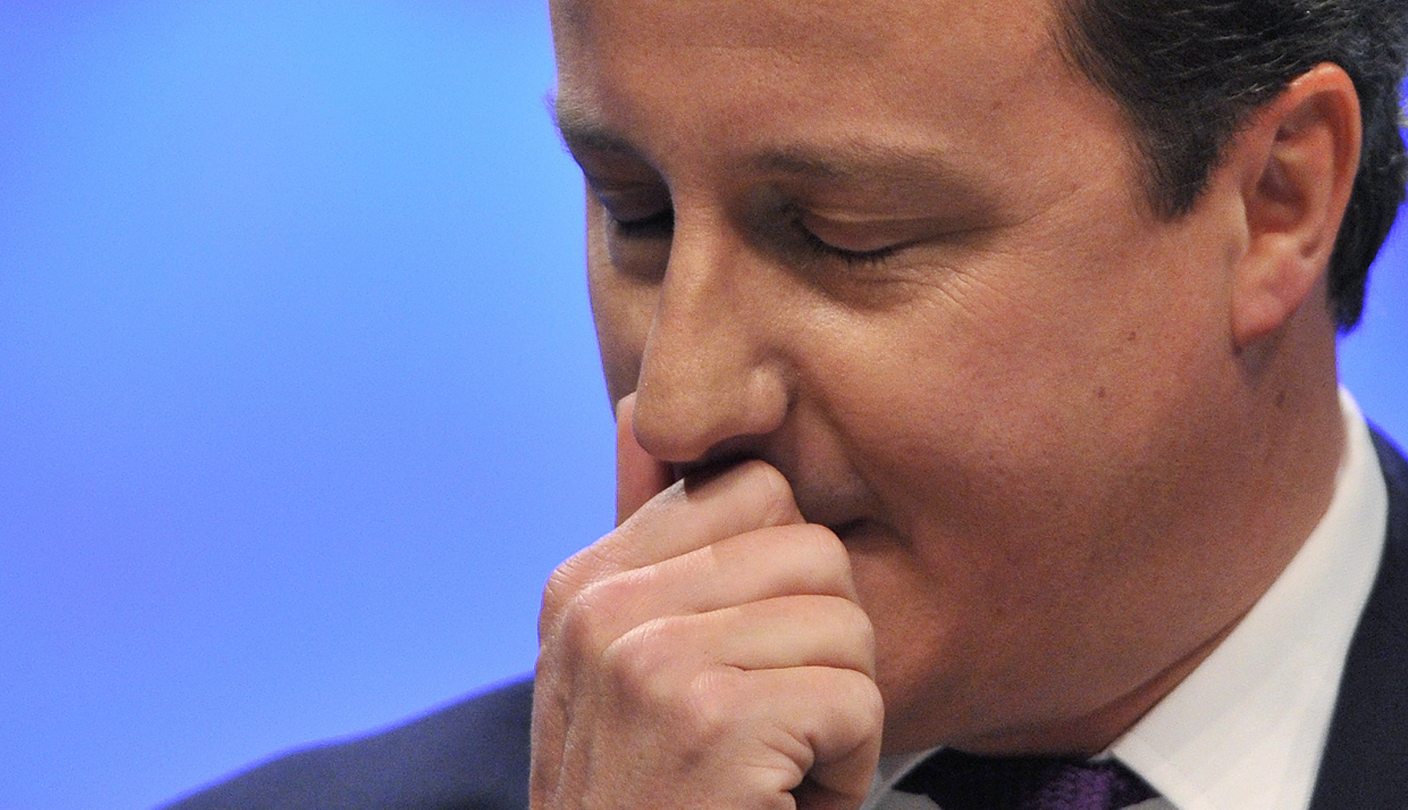 Members of British Prime Minister David Cameron's Conservative party urged him on Sunday to delay a parliamentary vote this week on gay marriage, warning the issue could weaken the party and harm his chances of re-election. By Stephen Addison.

Cameron has pledged his personal support for a gay marriage bill but many in his party and among his legislators oppose it on moral grounds and say the government has no mandate to push it through parliament.

As the bill is supported by Britain’s two other main parties, opposition Labour and Conservative coalition partners the Liberal Democrats, it is in no danger of being defeated.

But a letter signed by 25 past and present chairmen of local Conservative associations was handed in to Cameron’s Downing Street residence on Sunday afternoon by six of the signatories.

“We feel very strongly that the decision to bring this bill before parliament has been made without adequate debate or consultation with either the membership of the Conservative Party or with the country at large,” the letter said.

It added: “Resignations from the party are beginning to multiply and we fear that, if enacted, this bill will lead to significant damage to the Conservative Party in the run-up to the 2015 election.”

“I think a number of Conservative supporters and voters will sit on their hands on the issue and that may well seriously affect David’s opportunity to get re-elected in 2015,” he told Sky TV.

“We think that is a dangerous risk to take with your core supporters.”

The proposals, due to come into effect in England and Wales in 2014, will also allow civil partners to convert their partnership to a marriage and enable married people to change their legal gender without having to end their union.

Usual rules requiring loyalty to the party line have been lifted for Tuesday’s so-called “free” vote and political analysts say as many as half of the 303 Conservative MPs might vote against the bill or abstain.

The issue has sparked heated debate in Britain, particularly among faith groups, but 55 percent of British people support same-sex marriage, according to a YouGov poll in December.

YouGov President Peter Kellner said he did not believe gay marriage would figure prominently in the next election.

Gay marriage supporters say that while the existing civil partnerships for same-sex couples give the same legal rights as marriage, the distinction implies that they are inferior.

Cameron himself said two months ago: “I’m a massive supporter of marriage and I don’t want gay people to be excluded from a great institution.”

But the Anglican and Roman Catholic churches are both strongly opposed and the bill will not force them to conduct gay marriages.

Other religious groups, such as Quakers and liberal Jewish groups, could choose to marry gays, but under the proposals no individual minister would be compelled to wed a same-sex couple.

After the expected approval in the Commons on Tuesday, the bill will move to parliament’s upper house, the House of Lords, which is expected to vote on it in May before the bill returns to the Commons for a second vote. DM