Proteas vs. Pakistan: Tourists save face as Graeme Smit... 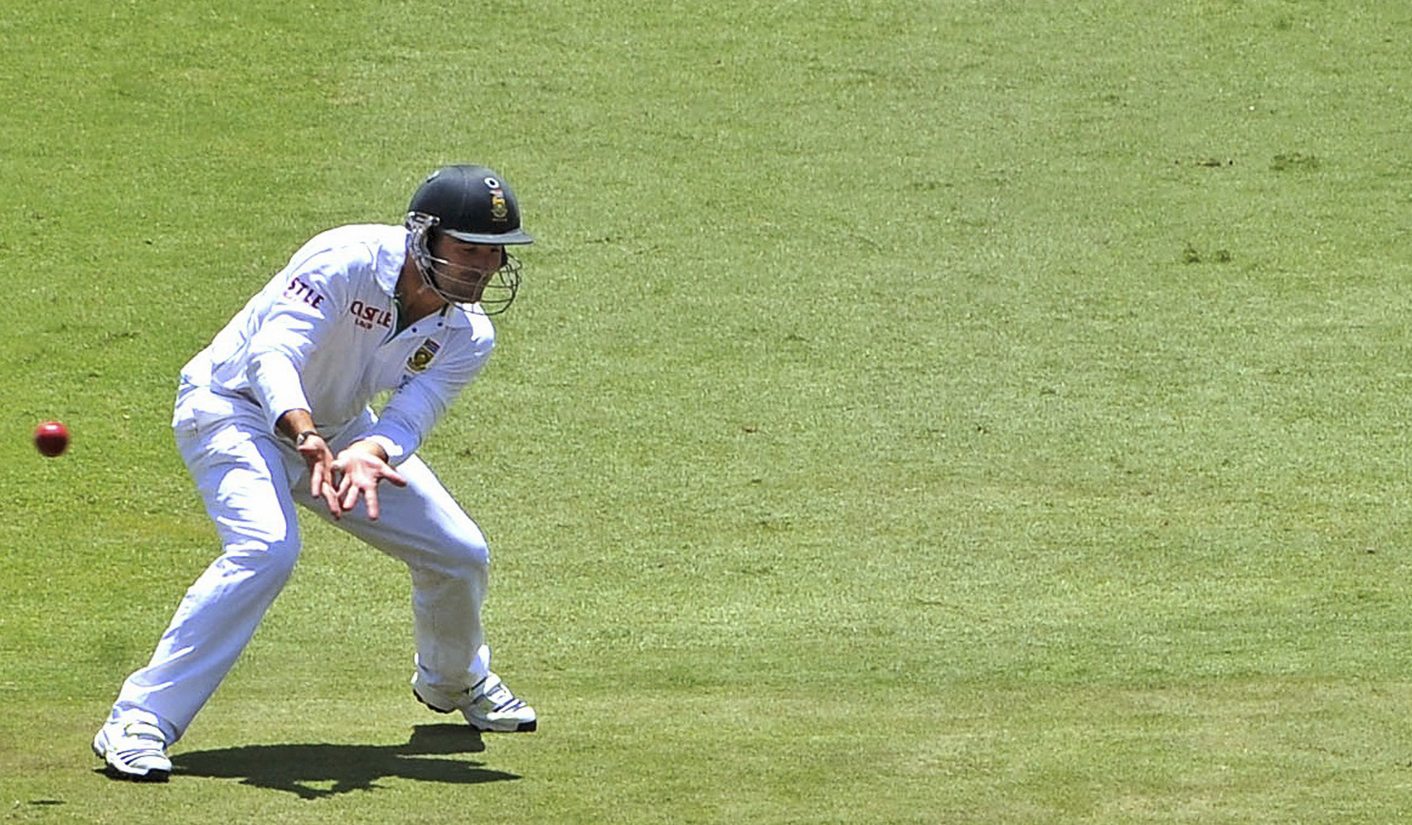 After a relentless two-and-a-half-day pounding by the Proteas, Pakistan finally seized on the glimmer of opportunity provided by Graeme Smith’s unusually generous declaration to stage a fight-back which, though it is unlikely to thwart the SA pace attack’s ambitions of victory before lunch on the fourth day, certainly will provide inspiration for the tourists in the remaining two Tests of the three-Test series. By KEN BORLAND.

Misbah ul-Haq and Asad Shafiq were fixtures at the crease for the last three-and-a-bit hours as defiant Pakistan ended the third day of the first Test against South Africa on 183 for four at the Wanderers.

The Pakistan captain and his 27-year-old partner had added 101 in 191 minutes for the fifth wicket as the tourists made the South African bowlers work hard. The victory target of 480 is still most probably out of reach and the Proteas will be hoping the second new ball, due in five overs’ time, will end the resistance.

The South Africans had declared their second innings 45 minutes into the morning on 275 for three, after the dashing AB de Villiers had completed his century, and the attack then chipped away to reduce Pakistan to 104 for four at tea.

But the white-knuckle determination of Misbah and Shafiq put thoughts of another three-day kill to bed as they batted through to stumps to finish on 44 and 53 not out respectively.

The 13 858 people at the Wanderers and the many others on their couches thought South Africa had finally broken through midway through the final session when Shafiq, on 40, edged the fourth ball of Vernon Philander’s fourth spell to Graeme Smith at slip.

But TV replays quickly revealed that Philander had over-stepped and bowled a no-ball, and the batsman was hastily recalled. It’s a problem that has bedevilled South Africa in the recent past and there seems little serious effort to correct it as Philander was regularly over-stepping on Thursday in the nets and bowling coach Allan Donald was nowhere to be seen.

And to make matters worse, just five deliveries later, Misbah, on 31, sent a square-drive off Jacques Kallis to Robin Peterson’s right at backward point and the normally reliable fielder moved to his right but fluffed the regulation catch.

Dale Steyn had spoken the previous day about how the South African team can produce “power performances” at the right time.

“This team can definitely take a game away from anyone and it’s not just the bowlers, the batsmen can do it too, like in Perth and Adelaide. When we put our minds and forces together, we’re pretty hard to beat. It’s a very special team that can produce power performances,” Steyn said after his incredible six for eight in 8.1 overs had put South Africa in a match-winning situation.

But with the ball not swinging, the pitch probably at its best for batting and Pakistan putting in an improved batting display, the South Africans were de-powered on Sunday.

There was an element of risk in their early declaration on Sunday morning as it meant Pakistan would almost certainly win the game if they could bat for long enough. There are now 180 overs left in the match and they need “just” 297 more runs, a required rate of 1.6 per over.

“I was a little bit surprised by the timing of the declaration,” Pakistan coach Dav Whatmore admitted. “But the second new ball will be crucial tomorrow, we’ve got to get over that first and it won’t be easy, even for two set batsmen.”

“It crossed my mind that we should just totally bat them out of the game, but obviously Graeme and Gary [coach Kirsten] thought differently. We like to play a positive brand of cricket and no team has scored more than 400 on this deck. I don’t see Pakistan doing it because the cracks are opening up and we have the second new ball early tomorrow,” De Villiers said.

He and Hashim Amla had resumed on Sunday morning on 207 for three and quickly rattled up 68 more runs in nine overs, with De Villiers driving beautifully down the ground and square on the off-side as he scored 40 runs off 33 balls to go to his 15th Test century.

Amla also scored at a run a ball and finished on 74 not out, his 25th Test half-century and enough to give South Africa a lead of more than 450, which De Villiers later revealed had been the benchmark figure for Smith and Kirsten.

There is no confidentiality about how South Africa will go about winning this Test on Monday – Steyn and Philander will be given the second new ball as soon as it is due and, with the morning the best time for bowling at the Wanderers, and more cloudy weather expected, they will be roaring in against Misbah and Shafiq.

Having done so well on Sunday afternoon, it remains to be seen whether that pair of Pakistan batsmen can muster the same tenacity and sheer bloody-mindedness. DM