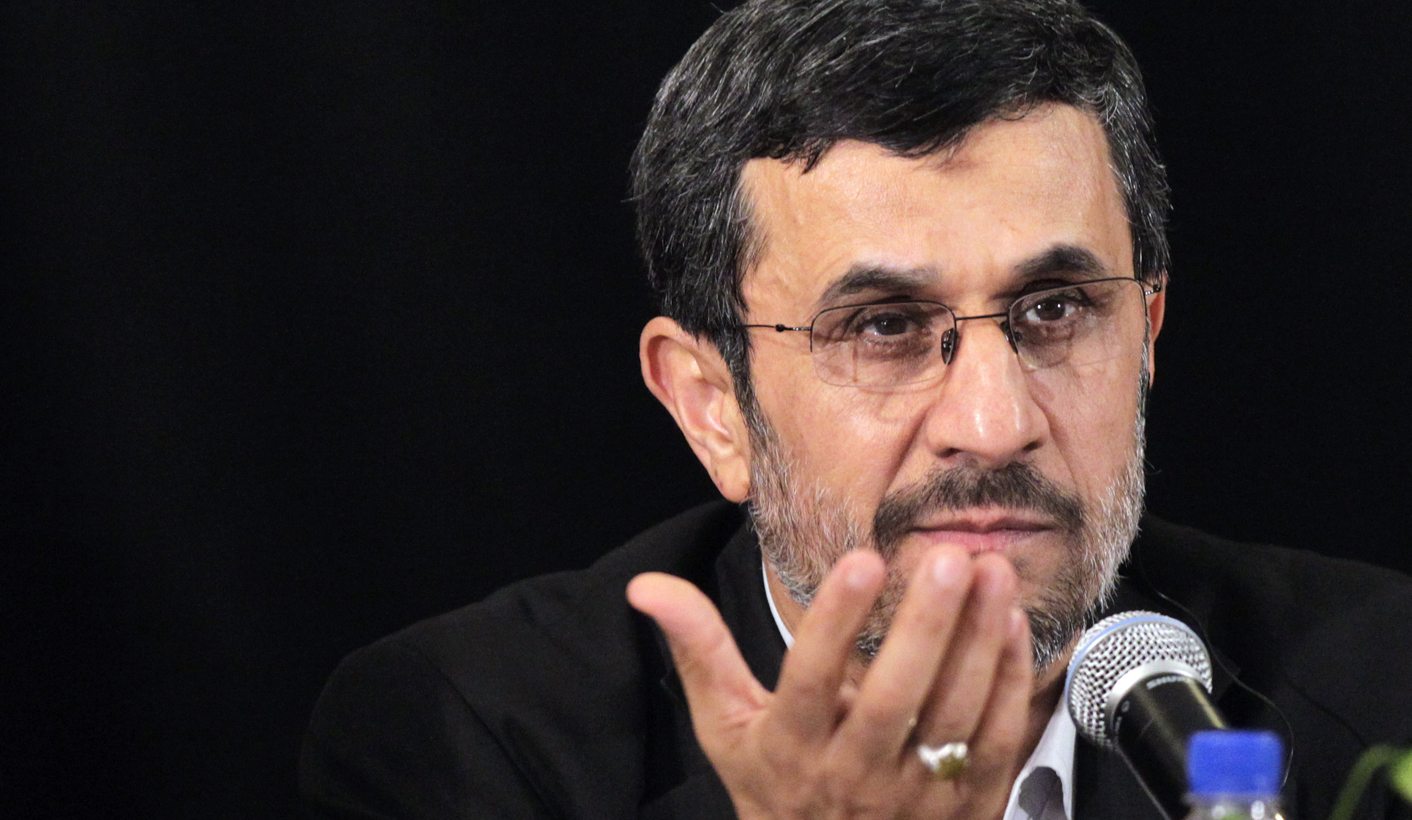 Iran has announced plans to install and operate advanced uranium enrichment machines, in what would be a technological leap allowing it to significantly speed up activity the West fears could be put to developing a nuclear weapon. By Fredrik Dahl.

In a letter to the International Atomic Energy Agency, Tehran said it would introduce new centrifuges to its main enrichment plant near the central town of Natanz, according to an IAEA communication to member states seen by Reuters.

The defiant move will increase concerns in the West and Israel about Iran’s nuclear ambitions, which Tehran says are entirely peaceful, and may further complicate efforts by big powers to negotiate curbs on its enrichment programme.

The United States said on Thursday that installation of new Iranian centrifuges would be a “provocative step”.

“This does not come as a surprise,” White House spokesman Jay Carney told reporters in Washington. He said the introduction of these machines would result in Iran’s further isolation by the international community.

Enriched uranium can fuel nuclear power plants, Iran’s stated aim, or provide material for bombs if refined to a high degree, which the West suspects is Tehran’s underlying purpose.

A new generation centrifuge could, if successfully deployed, refine uranium several times faster than the model Iran now has.

“It is certainly a provocation to increase any enrichment capacity at all,” a senior Western diplomat said.

It was not clear how many of the upgraded centrifuges Iran aimed to put in place at Natanz, which is designed for tens of thousands of machines, but the wording of the IAEA’s note implied it could be up to roughly 3,000.

Analysts say U.N. sanctions have limited Iran’s access abroad to special steel and other components needed to produce sophisticated enrichment machines in larger numbers. Iran says it is able to manufacture them domestically.

Iran has for years been trying to develop centrifuges more efficient than the erratic 1970s IR-1 model it now uses, but their introduction for full-scale production has been dogged by delays and technical hurdles, experts and diplomats say.

Iran’s announcement coincides with wrangling between Tehran and six world powers over when and where to meet next, delaying a resumption of talks aimed at reaching a negotiated deal and avert a new Middle East war.

European Union foreign policy chief Catherine Ashton, who handles contacts with Iran on behalf of the big powers, said in Brussels on Thursday that she was “confident there will be a meeting soon,” without elaborating.

The powers – the United States, France, Germany, Britain, Russia and China – want Iran to scale back its enrichment to ensure it remains within peaceful dimensions and submit to stricter U.N. nuclear inspections.

“We along with the other U.N. Security Council members have called upon the Iranians to freeze enrichment work during negotiations,” Russian Foreign Minister Sergei Lavrov was quoted as saying by Interfax news agency.

Western states have intensified the sanctions pressure on Iran over the past year, targeting its lifeline oil sector. This has inflicted increasing damage to Iran’s economy but its clerical leadership is showing no sign of backing down.

Israel, believed to be the Middle East’s only nuclear-armed state, has hinted at possible military action against Iran if sanctions and diplomacy fail to resolve the nuclear stand-off.

Signalling impatience, Israeli government spokesman Mark Regev said: “While the world continues to talk about setting a time and place for the next meeting with Iran, Tehran continues to race toward building a nuclear bomb.”

Iran asserts a right to enrich uranium for peaceful purposes and has repeatedly refused to halt the work, a stance underlined anew by its new centrifuge plans. Centrifuges spin at supersonic speed to increase the ratio of uranium’s fissile isotope.

Iran said it would use the new model at a unit in Natanz, where it is now refining uranium to a fissile concentration of up to five percent, according to the IAEA’s communication.

The IAEA “received a letter from the Atomic Energy Organization of Iran (AEOI) dated 23 January 2013 informing the Agency that ‘centrifuge machines type IR2m will be used in Unit A-22’ at the Fuel Enrichment Plant (FEP) at Natanz,” it said.

The IAEA said it had asked Iran, in a letter earlier this week, to provide technical and other information about the plans. A unit can house more than 3,000 centrifuges.

About 10,400 IR-1 centrifuges were installed at Natanz as of late last year, an IAEA report said in November, but diplomats in the Austrian capital said they expected a jump in that figure in the next update from the U.N. agency due around Feb. 22.

The nuclear watchdog, whose mission it is to prevent the spread of nuclear weapons in the world, regularly inspects Natanz and other, declared Iranian nuclear sites.

Nuclear expert Mark Fitzpatrick of the International Institute for Strategic Studies think-tank said that employing more efficient centrifuges at Natanz could be “a most unfortunate game changer,” depending on how many there were.

“Using the IR-2m in large numbers would enable Iran to enrich uranium much faster,” Fitzpatrick said.

Iran says it refines uranium to power a planned network of nuclear energy plants. But just one of these plants would take many years to complete, raising many questions abroad about the motivations of a major oil and gas producer speeding up its accumulation of enriched uranium and, since early 2010, refining to a level beyond the 5 percent suitable for civilian energy. DM