Cricket: Happy Biff Day to you

Cricket: Happy Biff Day to you 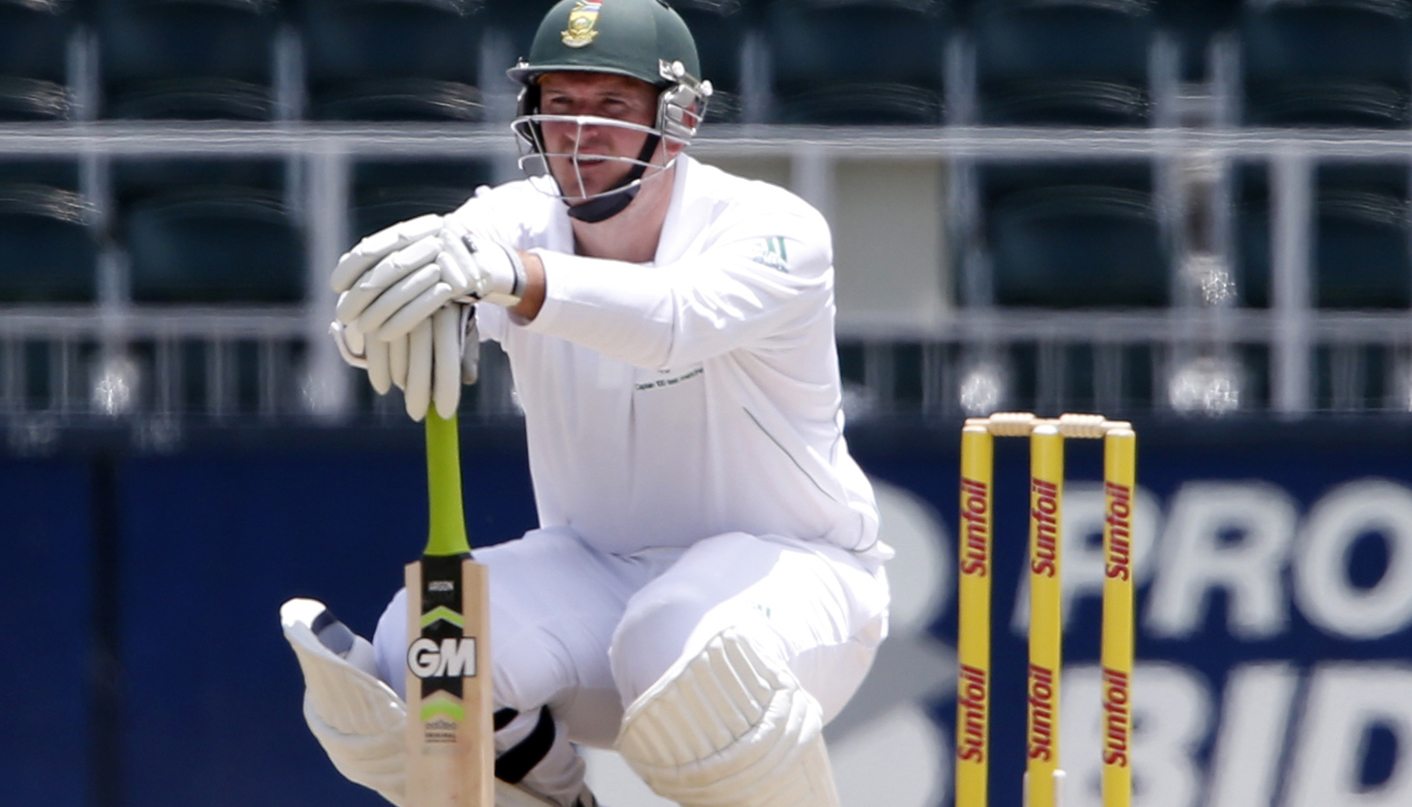 Graeme Smith showed that his head was still cool when he won the toss and elected to bat first amid all the hype and hullabaloo at the Wanderers on Friday morning. Despite all the media attention, he remained calm and collected. By KEN BORLAND.

Smith was celebrating his 32nd birthday and also the momentous milestone of becoming the first cricketer to play 100 Tests as captain, so Johannesburg, his place of birth, was  abuzz with tributes and Biff-mania.

There was a great sense of expectation that the world’s number one side would honour their magnificent leader by blowing Pakistan away at the Bullring and the pitch was sporting enough grass for many to back the idea of unleashing the potent South African pace attack.

But Smith, courageously and unselfishly, saw the cracks already present and reckoned it would be preferable to bat out a tough opening session rather than have to bat last.

It was the correct decision for the team, despite Smith, as an opening batsman, having to come out and face the music straight away.

The left-hander was by no means on top of his game, but he and Alviro Petersen added 46 for the first wicket as they saw off the new ball in the first hour-and-a-half. South Africa were on their way and, even though Smith (24) and Petersen (20) fell within five balls of each other before lunch, Hashim Amla and Jacques Kallis put the hosts back on top as they carried them to 125 for two midway through the afternoon session.

But the South African batsmen seemed to have other matters on their minds – could they have been distracted by all the Smith hype? – and they frittered away their remaining eight wickets for just 128 runs, nothwithstanding a 64-run fifth-wicket stand between AB de Villiers and Faf du Plessis.

It was a similar experience for a Wanderers crowd of just under 10 000 on Friday to the much-anticipated Test against Australia in 2011 when South Africa, 1-0 in the two-match series, won the toss, batted first and were bowled out for 266 in just 71 overs on the first day by an attack that was one man short. South Africa were 122 for two and 241 for four on that day, and a less cavalier attitude would have seen them score at least 400 and shut Australia out of a series they went on to share.

After De Villiers and Du Plessis fell just before the second new ball was due, Dean Elgar was left alone with the tail and when he tickled off-spinner Mohammad Hafeez down the leg-side into the gloves of impressive wicketkeeper Sarfraz Ahmed, the off-spinner was able to run through the lower-order and finish with a career-best four for 16.

Lady Luck had not smiled on the left-hander and she was also blamed for the dismissal of Du Plessis, who felt that the delivery that he had played on to his stumps from Junaid Khan had kept low.

But there was no doubting South Africa’s batsmen had put on a distracted, unfocused display, while Pakistan were disciplined with the ball, brilliant in the field and thoroughly deserved their success.

“From 199 for four, we should have got more and there was not enough from the bottom six, but it was quite tough for batsmen coming in. We were looking for 320 as par, but when AB and myself were together we thought we could get 350 which would have been very good. We got ourselves in position … ” Du Plessis said.

To get only 253 was a particularly poor effort when one considers everyone in the top seven made at least 20, but Kallis was the top-scorer with just 50. Smith and Kallis both played badly-executed shots, although Asad Shafiq, who had to make considerable ground around the leg-side boundary, took a fine catch to dismiss the latter.

Everything Pakistan captain Misbah ul-Haq touched turned to gold on Friday and even part-time medium-pacer Younis Khan was able to make a crucial breakthrough when he removed Amla for 37, thanks to Azhar Ali hanging on to a screamer at gully.

The current Proteas management fobs off criticism of their decision to make De Villiers keep wicket and play a specialist batsman at seven, but there is a hint that the policy is engendering a rather devil-may-care attitude amongst the top-order. With so many batsmen, there seems to be a feeling that someone else can finish the job if I score a breezy 40, much like the 90 for five syndrome in the 1990s when South Africa had tremendous batting depth with Shaun Pollock, Lance Klusener and Nicky Boje in the lower-order.

Pakistan openers Hafeez and Nasir Jamshed fended off an over apiece from Vernon Philander and Dale Steyn at the end of the day and the South African attack will need to strike early on the second morning if they are make up for an off-colour display by their batsmen.

Questions will be asked as to just how mentally sharp South Africa were on the opening day and it is difficult to shrug off the feeling that they were distracted by all the hype around Smith. Hopefully the Proteas can return to their clinical best on Saturday and ensure Smith has a suitable celebration. DM