The Game of Drones: Sahel edition 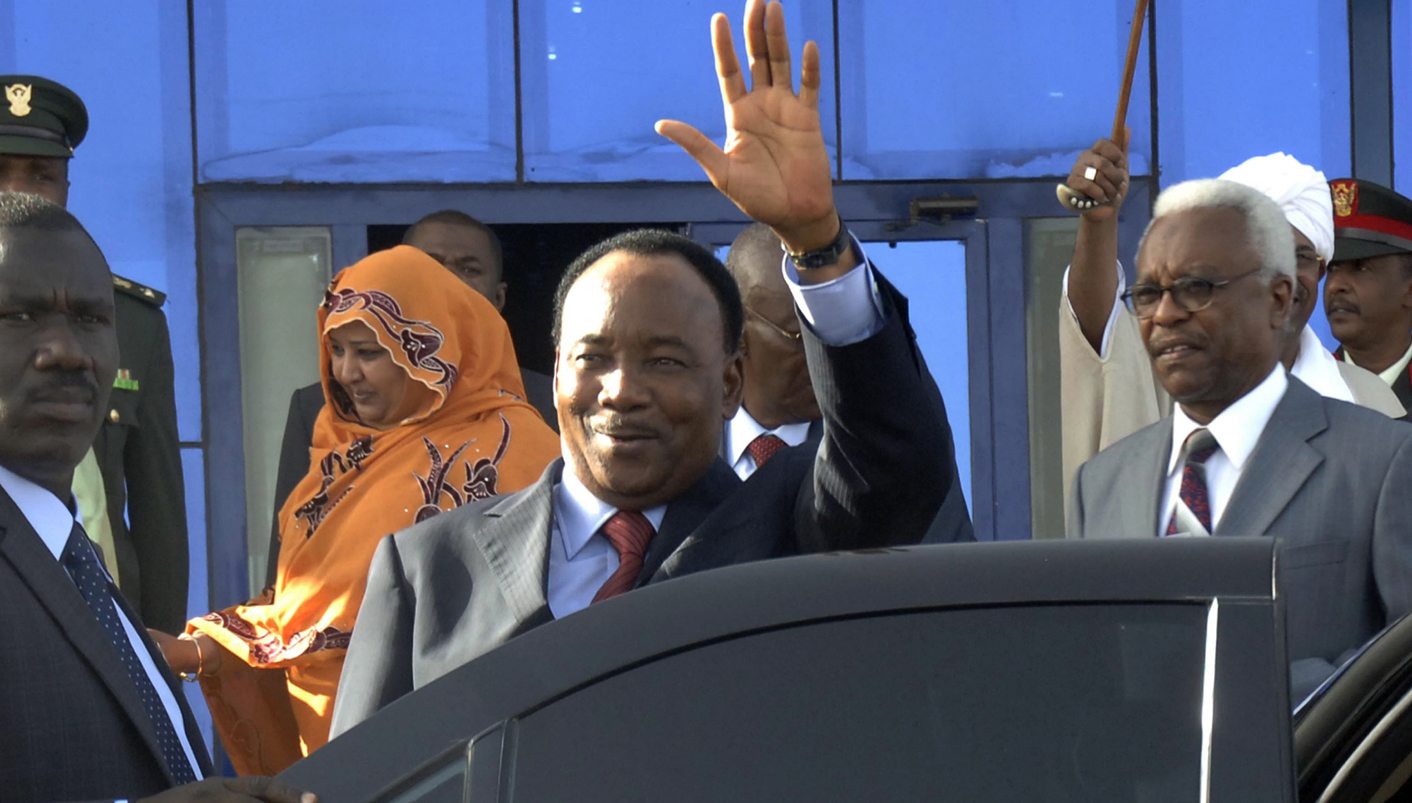 Here we go again. The United States has received permission from Niger to set up another drone base in Africa, just in time to target those troublesome Islamists in next-door Mali. We know where this story goes from here, because we’ve seen it before: in Yemen, in Pakistan, in Somalia. By SIMON ALLISON.

The news that the US is setting up a new base in Niger should come as no surprise. It was only a matter of time, really, before the US military realised that the Sahel is another theatre of war where they can use their new favourite toy: the unmanned, unaccountable drone.

Actually, plans for the new base, which will complement existing US drone bases in Burkina Faso, Djibouti and Ethiopia, have been in the works for some time, but the plans were given an added impetus by the recent trouble in Mali. From neighbouring Niger, Mali is comfortably within drone range, and as the US is not planning on sending troops to help the international intervention effort, it can at least contribute the next best thing (or even better, perhaps; the beauty of drones is that the provide some of the same operational benefits of manned flights without any of the risks).

According to sources speaking to the Guardian, the agreement between Niger and the US, known as a “status of forces” agreement, is broad. “There are no constraints to military-to-military cooperation within the agreement,” the source said. Another source added, “Niger has given the green light to accepting American surveillance drones on its soil to improve the collection of intelligence on Islamist movements.”

That is, of course, how it begins. At first, the drones are just looking. They are listening. This is especially useful in areas where the United States has little known human intelligence – that is, information provided by people on the ground. “The reason we are having to push so many drones to the Sahel is because we don’t have any human intelligence in the region – either through friendly countries providing it, or through espionage,” said Robert Caruso, a US military consultant speaking to the Guardian. “We should have humans on the ground, but we don’t. When it comes to Mali, US policymakers really don’t know what’s going on.”

Inevitably, after they’ve been buzzing around for long enough, there comes a time in the life of a drone base when they actually spot something they’re worried about. Or perhaps a sliver of intelligence from another source reaches them: a prominent militant will be in this car, heading in that direction, or a terrorist safe house has been identified.

With increasing frequency, the reaction to these security dilemmas has been simple. Don’t send in the marines. Don’t send in the fighter jets. Definitely don’t try and make progress through compromise and negotiation. Instead, strap some bombs on an unmanned drone and send it in to do the work.

There are two obvious and immediate advantages from this approach. First, the response time is very quick, allowing the minimum time for the suspected militant or militants to escape. Second, the mission poses zero immediate risk to any American serviceman; the drones are usually operated out of an airbase in Nevada, thousands of miles from the action. It’s war without having to actually go to war.

There’s a third and less obvious benefit, although it is arguably the biggest: drone attacks attract a fraction of the attention generated by conventional military raids or aerial bombings. They are not seen as a violation of sovereignty or an act of war in the same way. This lack of attention has meant that America’s lengthy and deadly drone bombing campaign in Pakistan, for example, has not really been questioned at an international level – despite Pakistan’s government opposing the drone campaign. In July last year, Pakistan’s ambassador to the US, Sherry Rehman, said that her government viewed drone warfare as illegal under international law, as well as “counterproductive to all our goals in the sense that it radicalises foot soldiers, tribes and entire villages in our region.” Never mind that – the drone attacks continue.

The lack of attention also means that America is not often required to justify why it chose a particular target. And when it is, a vague description of the target as an “Al Qaeda operative” or “Islamist militant” is deemed enough to satisfy our curiosity. It’s war without going to war, and it’s war without consequences – for America, at least.

The consequences are felt elsewhere. The Bureau of Investigative Journalism estimates that there have been 362 drone strikes since 2004 in Pakistan alone. These are thought to have killed 3,461 people, of which 891 were civilians. Let’s repeat this: since 2004, these “high accuracy”, “targeted strikes” have killed 891 civilians. That’s almost exactly one civilian for every three militants (and we’re supposing that all the militants are actually militants, and are therefore by default deserving of death). To put this in perspective, this is equivalent to five Mumbai shootings; 31 Connecticut school massacres; or 19 Marikanas.

And, as Rehman pointed out, the heedless civilian casualties don’t exactly endear the Americans to the local population, encouraging radicalism and anti-Americanism: sentiments which groups like al-Qaeda or Al Qaeda in the Islamic Maghreb feed off.

This, inevitably, is what Malians can now look forward to. The new drone base in Niger, and the rush to get it in action, is an obvious response to the trouble in Mali. It’s also an acknowledgement that the Americans know which way the war there is going to go.

The French, Malian and West African forces (when the West Africans finally get there) are having no trouble pushing the Islamist militants out of the big northern cities. They’ve already taken Gao and Timbuktu, and Kidal is set to fall soon. But they haven’t beat the militants. They haven’t even fought them yet.

Like the Taliban in Afghanistan, like Al-Shabaab in Somalia, the various Islamist groups which made up the rebel coalition have avoided a conventional war they can’t win, and vanished instead into the harsh and unforgiving landscape they know so well. There will be a guerilla war, and when it starts in earnest then America and its unmanned bombers will be ready. DM