Timbuktu: What really happened to the manuscripts? 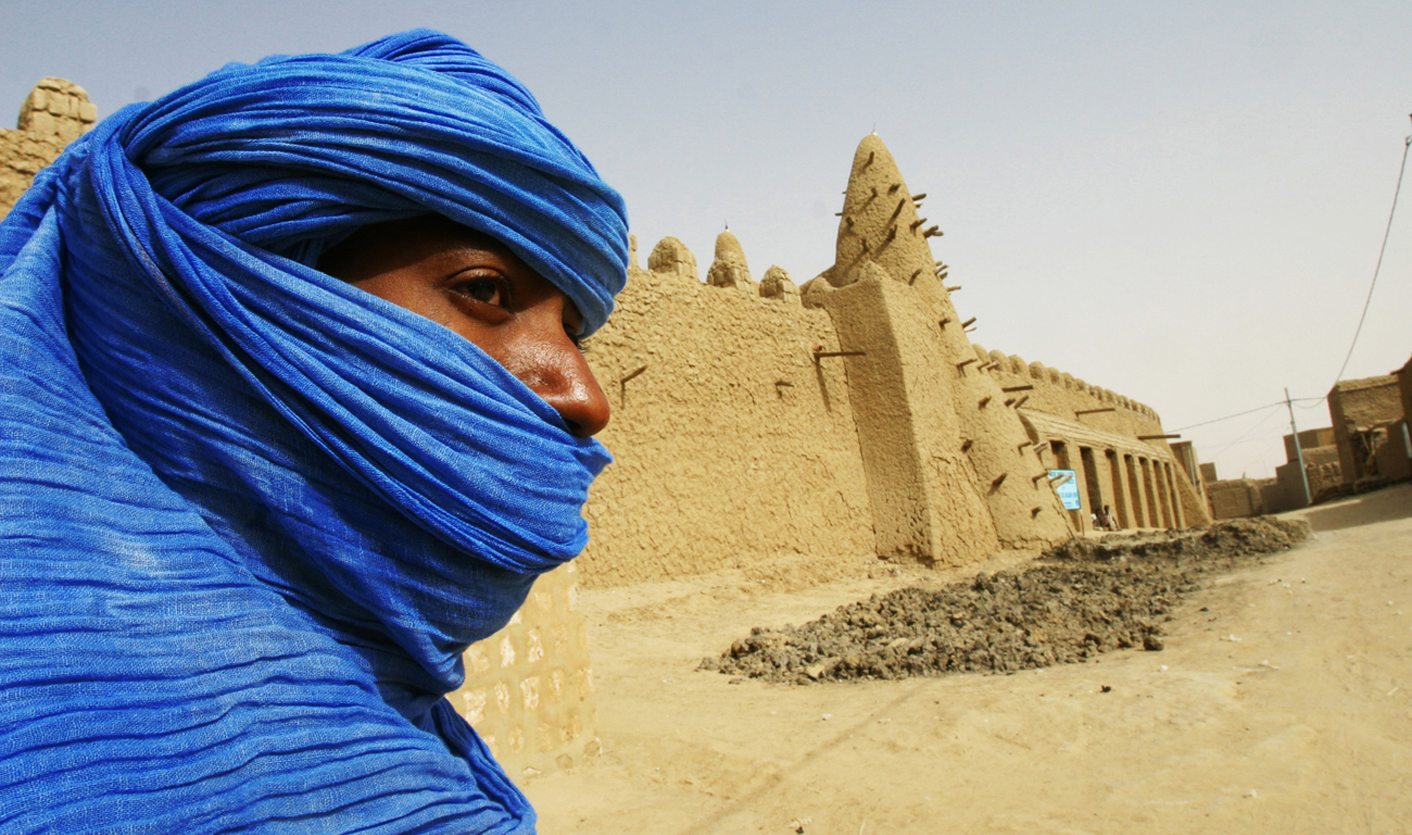 There has been some confusion in world media over the fate of the South African-funded library housing thousands of ancient manuscripts in Timbuktu. Reports this week suggested thousands of manuscripts had been incinerated by Al-Qaeda militia as they fled the city. The reality, however, is a little more nuanced. By KHADIJA PATEL.

On Tuesday, at a donors’ meeting in Addis Ababa, South Africa pledged $10 million to the African-led Support Mission in Mali (AFISMA), the African Union’s military operation in Mali. A further €10 million in humanitarian assistance to Mali was also pledged. For those South Africans ever suspicious of government spending and quick to point out that South Africa could do with some assistance for its embattled public health and education services, the Department of International Relations and Co-Operation’s deputy director general, Clayson Monyela, explained that the money would come from the African Renaissance Fund.

“[The] Act introduces, for the first time, a framework and basis for the South African government to identify and fund, in a proactive way, projects and programmes aimed at the six regulatory framework principles… by the granting of loans or rendering of other financial assistance within the African Renaissance framework.

“[T]he Act introduces, also for the first time as far as the South African government is concerned, a mechanism through which donor (third party) funds could be channelled to recipients and/or joint tripartite projects.”

The timing of this particular act of generosity from the African Renaissance Fund comes as another South African project, in the name of the “African Renaissance” in Mali, was severely damaged by fleeing rebels in Timbuktu.

Contrary to reports that emerged on Monday, the library has not been razed to the ground. But it has, however, sustained some damage. “The building will need to be rehabilitated,” says Professor Shamil Jeppie, who heads the Timbuktu Manuscripts Project at the University of Cape Town.

The library, named the Ahmed Baba Institute of Higher Learning and Islamic Research, after a Timbuktu-born contemporary of William Shakespeare, was one of several libraries and collections in Timbuktu containing fragile, ancient documents dating back to the 13th century. The construction of the Institute was funded by the South Africa-Mali Timbuktu Project, which funded the construction of the library and archives building, as well as all services relating to the preservation, collection and access to the manuscripts.

The fate of both the manuscripts and the library has been the object of much confusion in the last two days.

On Monday, the exiled mayor of Timbuktu, Hallé Ousmane Cissé, excited the ire of people around the world when he told journalists the Ahmed Baba Institute had ben set alight by rebels fleeing the French advance on the town.

“The rebels [set] fire to the newly-constructed Ahmed Baba Institute built by the South Africans … this happened four days ago,” Cissé told Reuters by telephone from Bamako. He said he had received the information from his chief of communications, who had travelled south from the city on Sunday.

Cissé told journalists that the militants had burned the centre’s collection of about 30,000 ancient manuscripts. “The manuscripts were a part not only of Mali’s heritage but the world’s heritage,” Cissé told The Guardian. “By destroying them, they threaten the world. We have to kill all of the rebels in the north.”

Soon enough, Cissé’s comments were being reported as fact by news agencies around the world.

Yet when French and Malian troops captured the ancient city “without a shot being fired” later on Monday, the library was still standing. On this point, at least, the mayor’s information appeared to be incorrect. The library had certainly not been set alight to the point of total destruction.

And later on Monday evening, Sky’s Alex Crawford was able to report from inside the library. While the building itself appeared relatively unharmed, Crawford was surrounded by empty cardboard boxes and small mounds of ash. The manuscripts were nowhere to be found.

In her initial report from the library, Crawford even quoted the Timbuktu mayor in her explanation of the whereabouts of the manuscripts. The mayor said the manuscripts had been burned. Cissé was also quoted on Sky’s website as saying, “They torched all the important ancient manuscripts.”

TIME magazine’s Vivienne Walt, who has been tracking the fate of the manuscripts for the last nine months, has emphatically debunked the confusion surrounding the manuscripts. She claims she has found the manuscripts to be in safe hands after all.

Preservationists in Mali told Walt that a large-scale rescue operation was executed early last year and thousands of manuscripts were hauled out of the Ahmed Baba Institute to a safe house elsewhere. “Realising that the documents might be prime targets for pillaging or vindictive attacks from Islamic extremists, staff left behind just a small portion of them, perhaps out of haste, but also to conceal the fact that the centre had been deliberately emptied,” Walt said.

Mahmoud Zouber, Mali’s presidential aide on Islamic affairs, told TIME, “The documents which had been there are safe, they were not burned. They were put in a very safe place. I can guarantee you. The manuscripts are in total security.”

Other reports now suggest just 2,000 manuscripts were kept at the Ahmed Baba Institute while a further 28,000 were transferred safely to Bamako last year. According to these reports, efforts to save the manuscripts began as soon as northern Mali fell to Tuareg rebels last year. So while some manuscripts may have been destroyed, or looted, by fleeing rebels, the bulk of the collection appears to have been saved.

Monday’s reports that thousands of manuscripts were burned, then, were false. That was not the story at all.

“I think there was a cascade of really bad reporting,” Jeppie says. “In instances like these, one needs to hold judgement until there is more clarity.”

Jeppie himself feels assured the manuscripts are safe. “I think the manuscripts will be okay,” he says. He does, however, caution against the fragmentation of the collection – too much movement may destroy the brittle paper, and theft and abuse are also very real threats.

“We want to know what percentage of the manuscripts were moved,” he said on Tuesday.

And while the precise fate of the manuscripts may be revealed in the coming weeks, South Africa’s investment in the Institute has placed government in a position to lead efforts to secure its preservation. Yet little appears to have been done, or said, in this regard.

One spokesperson for the Department of Arts and Culture said the department to his knowledge had not yet issued any official comment on the damage sustained to the Ahmed Baba Institute or the fate of the manuscripts it was built to protect. Maintaining the African Renaissance will certainly take a lot more than just money. It requires as well an actual interest in the fate of the investments made in the name of Renaissance. DM

Disclaimer: Despite the frequency with which Alex Crawford graces these pages, we’re really not out to get her. Promise.

NASA accidentally taped over the recording of the moon landing.