Amplats: doing back flips in a small spaces 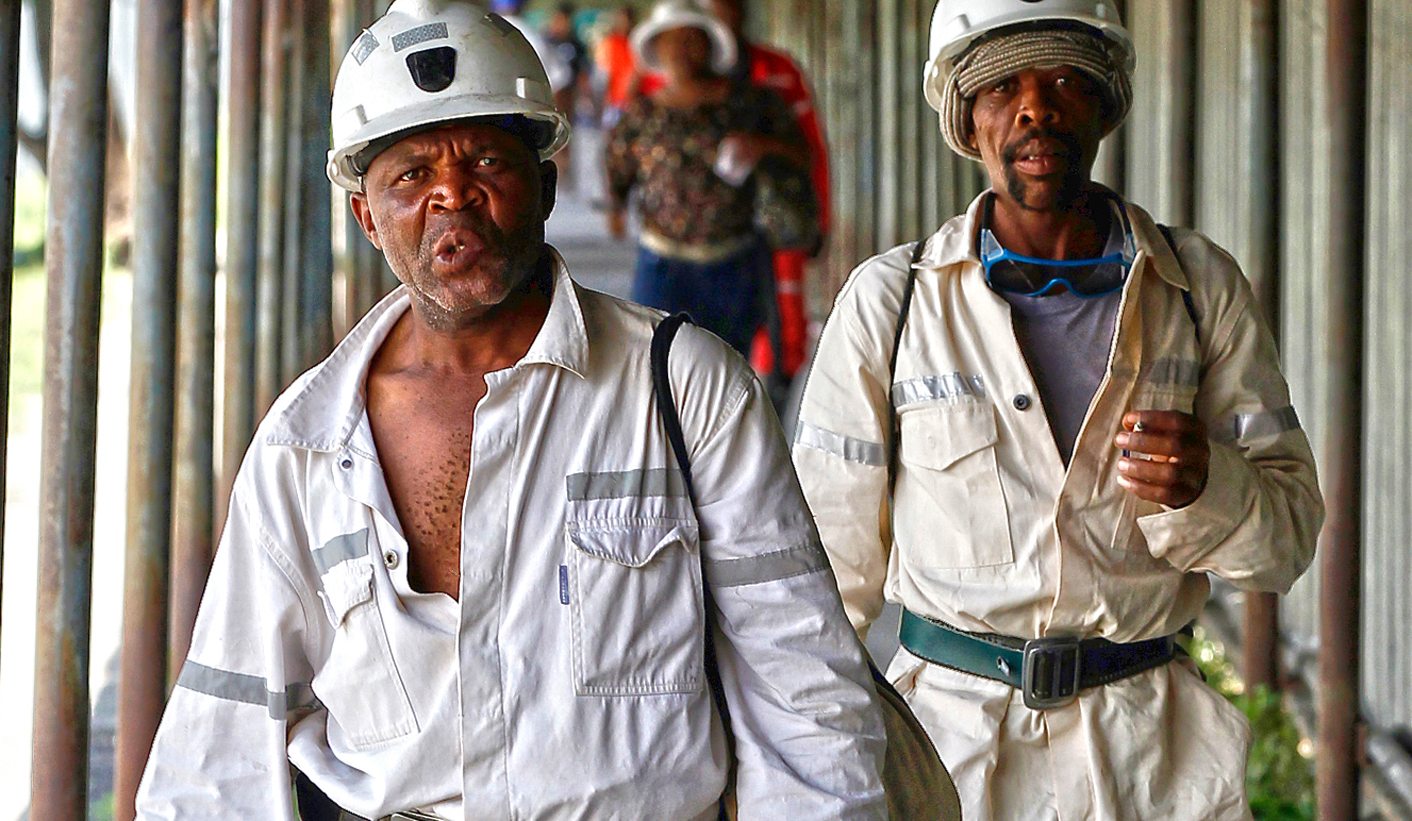 Anglo American Platinum has delayed a restructuring plan threatening 14,000 jobs after intense pressure from organised labour, government and the African National Congress. The move saves jobs for now, but what does it mean for the stumbling platinum industry and how can the jobs be saved long-term? By GREG NICOLSON.

The announcement was made after Amplats met on Monday with the department of mineral resources, National Union of Mineworkers (NUM), the Association of Mineworkers and Construction Union (Amcu), the National Union of Metalworkers SA, and UASA. Amplats, which produces 40% of the world’s platinum, agreed to postpone for 60 days the Section 189 process of consultations necessary before dismissing workers. A joint press release from organised labour and government said the parties would hold “detailed consultation” on the restructuring plans and “engage constructively for the benefit of all stakeholders and will communicate progress updates as and when appropriate.”

Amplats came under intense pressure for its plans, including mothballing the Rustenburg Kusuleka and Khomanani mines. The plans, announced 15 January, would cut production by 400,000oz per annum and affect 14,000 jobs, while adding R3.8 billion in value creation per year.

Mineral Resources Minister Susan Shabangu lashed out at Amplats for failing to consult government. She said the company was “arrogant” and had put its mining license at risk by not following a plan submitted to the department. She also expressed doubt in the Amplats plan to create the lost jobs through new schemes. The ANC echoed her and called for “an urgent meeting of the industry with a view to considering the idea of companies who want mothball shafts to surrender their licenses in respect of those shafts so that they can be put on a public auction for new owners who are still hungry to mine to put them to good use.”

On Tuesday, the ANC welcomed the decision to postpone the retrenchments and called on all parties “to continue finding each other in the interest advancing stability in the mining sector,” said spokesman Jackson Mthembu in a statement. “We believe that the reprieve albeit limited will assist the process of finding lasting solutions to the pending retrenchments.”

The NUM was confident Tuesday that no jobs would be lost. “We are not worried about the possibility of (Amplats) retrenching more… Our expectation is that no jobs will be lost,” said the union’s spokesman Lesiba Sheshoka. He said the NUM would send a proposal on how to save jobs to Amplats and discussions with the mining company are set to begin next week. After the restructuring announcement, NUM General Secretary Frans Baleni called for “workers to be united to defend their jobs.” Sheshoka said the outcry from unions and government sends a message to other mining companies. “It sends a message that retrenchments are a no-no.”

Rival union Amcu, which claims to represent 26,000 employees at Amplats, remained cautious on Tuesday. Its president, Joseph Mathunjwa, said he hoped a way forward would be found after labour and government engaged with Amplats. “Then we will see what can be done,” he said. Asked if he was confident the jobs could be saved, Mathunjwa replied, “I don’t know in that sense, but we are coming into this with an open mind. It will depend on whether (Amplats) is genuine or it is a PR exercise.”

South Africa holds the majority of the world’s platinum deposits, but the industry has been hit by rising overheads, falling prices, and violent strikes. In 2012, as violent labour unrest swept the mining industry, strikes cost Amplats 306,000oz of platinum, and the company expects to report a loss for the financial year. “The situation for the platinum industry is dire,” said CEO Chris Griffith on SAfm, after announcing the postponement. Amplats’s share price fell after the announcement.

“Collectively there may be, even with the help of government, potential to reduce the amount of affected employees,” Griffith told SAfm. On Talk Radio 702, he said, “We have had very constructive conversations. I think our relationship is sort of back where it should be. This is going to be a difficult process.”

In Amplats’s restructuring announcement, the message was clear: to survive, it needs to change. “The continued operation of unprofitable shafts within the current configuration, and in light of the company’s revised demand and cost expectations, is not sustainable,” it read. “The platinum business has attractive underlying fundamentals, but we are facing tough decisions to restore profitability to our operations. We must evolve to align the business with our expectations of the platinum market’s long-term dynamics and address the structural changes that have eroded profitability over time,” added Griffiths.

The company didn’t respond to Daily Maverick’s questions on how it could limit job losses and achieve sustainability. Department of Mineral Resources spokesperson Zingaphi Jakuja would not comment further than the joint press release.

Justin Froneman, an analyst at SBG Securities, told Daily Maverick it would be very difficult for Amplats to limit job losses while finding long-term sustainability. “Those shafts have been loss-making for a long time,” he said. He said the ways to turn a profit would most obviously be to restructure labour or increase labour productivity, which has proved difficult in South African mining. The short answer to whether it can be done, said Froneman, is “no”.

He said the government’s intervention and threats to review mining licenses is concerning to the mining industry and any decision by Amplats to discard the restructuring plan is a concern to investors. “If (Amplats’) strategic review is vetoed by government or they dress it up, it would raise a red flag [to those] who have been waiting for this.” Froneman said the decision to close the Kusuleka and Khomanani shafts had been likely since Amplats announced a strategic review of operations last year. That the government seems to be holding licenses over the mining company’s head “causes a lot of concern,” said Froneman.

Minister Shabangu and the ANC succeeded in saving Amplats workers for now, but in the long-term, the price of lost investment in a vital industry may be far bigger than the short-term political price they almost paid. DM

Photo: Miners walk at the end of their shift at the Anglo Platinum’s Khuseleka shaft 1 mine in Rustenburg, northwest of Johannesburg January 15, 2013. REUTERS/Siphiwe Sibeko