The heat is on for mining sector as silicosis claims multiply 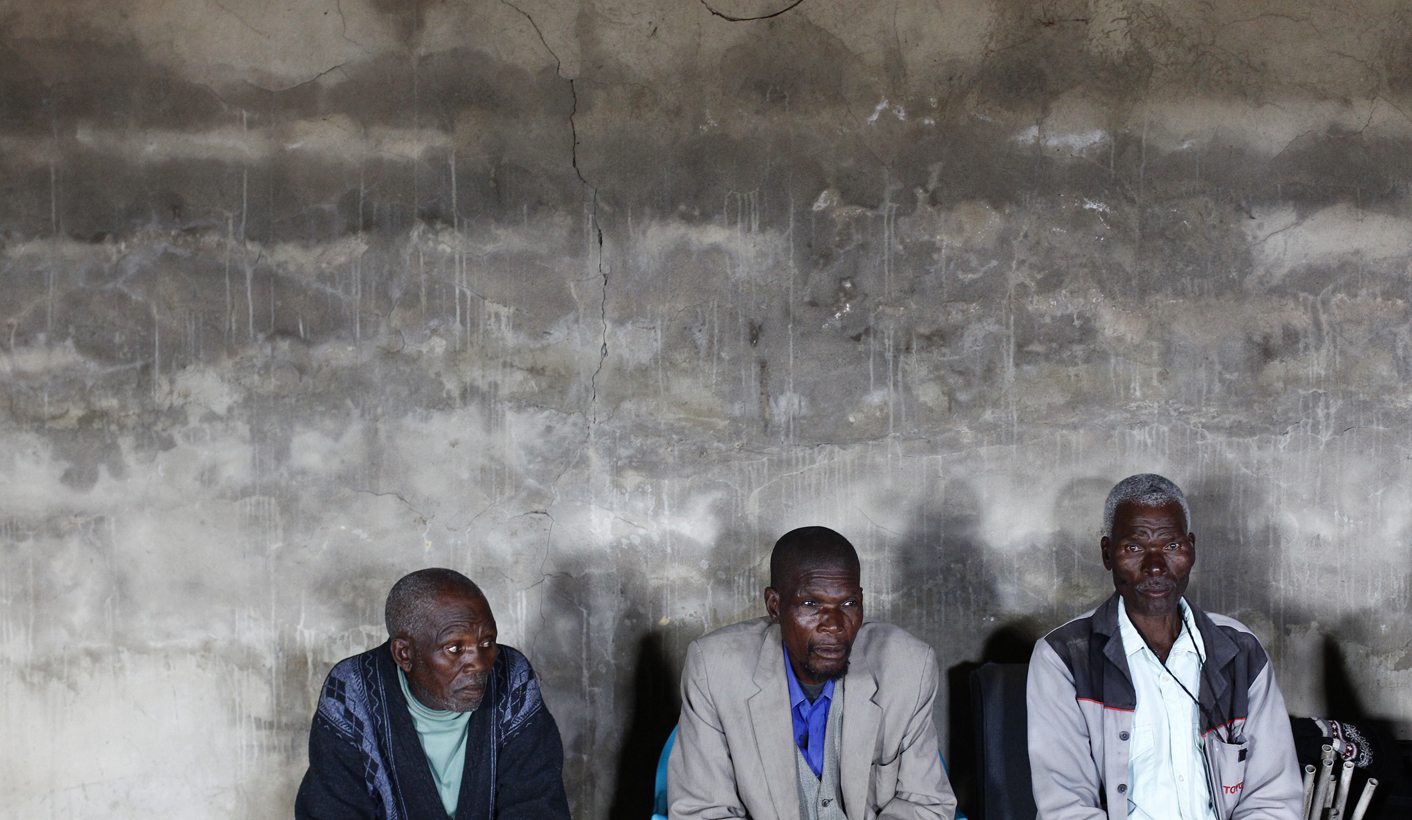 The country’s beleaguered mining industry is facing a new obstacle, as thousands of former gold miners are suing a collection of companies. This is after they contracted silicosis thanks to the lax health standards of the Apartheid regime. The pay-outs could run into the billions, too, as more miners join the suit every day. By SIPHO HLONGWANE.

South Africa’s mining crisis could be on the verge of blowing up to even bigger proportions thanks to a handful of lawyers, who are working with an army of former miners that contracted silicosis and want to sue the companies they once worked for. The class action – if won by the miners – could bleed the industry of billions.

More than 300,000 former gold miners from the Eastern Cape and surrounding areas are seeking damages from 30 mining companies, according to Richard Spoor, the lead attorney on the case. He is getting about 500 more clients every month.

The case is being brought against AngloGold Ashanti, Barrick Gold Africa, DRDGold, Gold Fields, Harmony Gold, JCI Gold, Randgold & Exploration, Rand Uranium, African Rainbow Minerals and Pamodzi Gold. While some of the affected companies did not exist during Apartheid (Rainbow Minerals is owned by Patrice Motsepe), a Constitutional Court ruling in 2011 paved the way for the class action. The court allowed Thembekile Mankayi to sue the Anglo American Group after contracting silicosis.

Bloomberg said that each miner was going to sue for R1 million. If enough applicants join the case, the final figure could run into billions.

“There may be more than 200,000 former miners with silicosis throughout southern Africa,” Spoor said. And while some companies have paid out compensation, it has usually been too little too late.

A court judgement in May placed the responsibility for covering deficits to the compensation fund for miners with the employers.

Mergers, acquisitions and de-listings over the years have left former workers with nowhere to go to seek compensation, according to Spoor. Some companies exposed themselves to the suit by purchasing companies that employed the miners years ago.

The companies will likely seek to settle the case out of court if the number of complainants keeps growing.

Silicosis, which is also known as miner’s phthisis, grinder’s asthma or potter’s rot, is an occupational lung disease caused by the inhalation of minute crystalline silica in dust. The crystals cause scarring and inflammation in the lungs, leading to shortness of breath, excessive coughing, fever and cyanosis or blue skin. People who have it are far more susceptible to other respiratory diseases.

Research has shown that between 20 and 30% of all gold mine workers contracted silicosis, according to the Mail & Guardian.

“South African mining companies are responsible for the burden of the staggering number of TB cases in southern Africa; they are also responsible for silicosis among employees,” Spoor said in an interview with Business Report.

“Statistics show that the mining industry has not protected its employees. We are doing this (class action) because it is the only way that we can address legacy issues.”

Silicosis has almost been wiped out in mining countries like Australia, Canada and the United States, but it is not uncommon in South Africa, just 18 years after the end of Apartheid and the introduction of tighter labour regulations – which included higher health standards in the industry.

In 2011, former employees of Anglo American brought a lawsuit against the company in London, for incurable lung diseases contracted from working in poor conditions underground.

“The South African gold mining industry was focused on production and profit and displayed a flagrant disregard for the health of its black workers,” said Richard Meeran, one of the lawyers working on the case for the miners.

“As a result, tens of thousands of ex-miners, without access to proper medical facilities, have been disabled and they and their families [have been] left destitute,” Meeran said. “The industry has been well aware of their predicament for over a decade but has failed to act.”

The two cases could become as important as the multiple lawsuits in many countries brought by former asbestos miners who spent years inhaling the toxic dust. This, coupled with cases brought by people who bought asbestos products, led to drastically improved conditions, but also a ban on asbestos in places such as homes and schools.

Gold and platinum output from South Africa plunged last year in the wake of labour unrest which started in the platinum belt and quickly spread to the gold mines. Statistics South Africa said that the gold output fell by 45.7% in terms of volume in October 2012 as compared to a year before. A similar trend happened in the platinum mining industry, where the output from the last three months of the year was much lower than the three months that preceded that, and the last year as well. The global economic downturn has also played havoc with the industry.

There were widespread job losses at the end of last year as some companies struggled to deal with the labour crisis, and this class action could lead to even more cuts, especially among the smaller companies, who have less cash to throw at this newest problem. DM