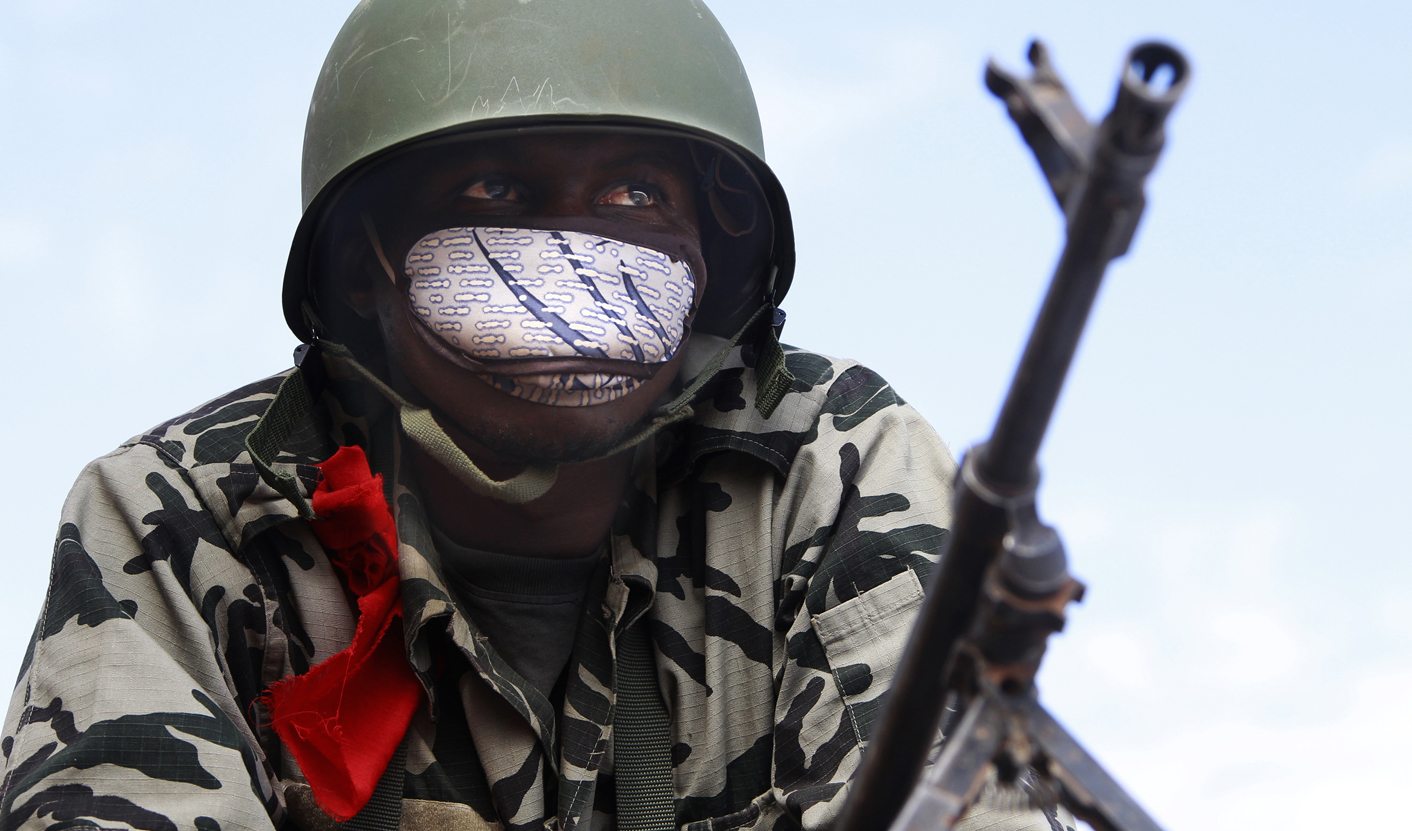 French and Malian troops were restoring government control over the fabled Saharan trading town of Timbuktu on Sunday, the latest gain in a fast-moving French-led offensive against al Qaeda-allied fighters occupying northern Mali. By Tiemoko Diallo and Richard Valdmanis.

The Islamist militant rebels have pulled back northwards to avoid relentless French air strikes that have destroyed their bases, vehicles and weapons, allowing French and Malian troops to advance rapidly with air support and armoured vehicles.

A Malian military source said the French and Malian forces reached “the gates of Timbuktu” late on Saturday without meeting resistance from the Islamist insurgents who had held the town since last year.

The French and Malians controlled the airport and were working on securing the town, a UNESCO World Heritage site and labyrinth of ancient mosques and monuments and mud-brick homes, ready to flush out any Islamist fighters still hiding.

“Timbuktu is delicate, you can’t just go in like that,” the source, who asked not to be named, said.

On Saturday, the French-Malian offensive recaptured Gao, which along with Timbuktu was one of three major northern towns occupied last year by Tuareg and Islamist rebels who included fighters from al Qaeda’s North Africa wing AQIM.

The Malian military source, and at least one resident of Gao who travelled south out of the city, said there were still rebel “pockets of resistance” there, and that government troops were carrying out house-to-house searches.

The United States and Europe are backing the U.N.-mandated Mali operation as a counterstrike against the threat of radical Islamist jihadists using the West African state’s inhospitable Sahara desert as a launch pad for international attacks.

One Timbuktu resident now outside the town said a friend inside had sent him SMS messages saying he had seen government troops on the streets, but gave no more details.

They had also imposed severe sharia, Islamic law, including amputations for thieves and stoning of adulterers.

As the French and Malian troops push into northern Mali, African troops from a continental intervention force expected to number 7,700 are being flown into the country, despite delays due to logistical problems and the lack of airlift capacity.

France sent warplanes and 2,500 troops to Mali after its government appealed to Paris for help when Islamist rebels early in January launched an offensive south towards the capital Bamako. They seized several towns, since retaken by the French.

In the face of the two-week-old French-Malian counter offensive, the rebels seemed to be pulling back north into the trackless desert wastes and mountain fastnesses of the Sahara.

Military experts fear they could carry on a gruelling hit-and-run guerrilla war against the government from there.

A leader of Mali’s main Tuareg insurgent movement, MNLA, whose initial separatist rebellion in the north was hijacked by al Qaeda and its local Malian allies, offered help from his group’s desert fighters to the French-led offensive.

Speaking from Ouagadougou in Burkina Faso, Ibrahim Ag Mohamed Assaleh said the MNLA was preparing to attack the withdrawing al Qaeda-allied Islamist forces and its leaders, whom he said were hiding in the Tidmane and Tigharghar mountains in the Kidal region that borders with Algeria.

“The MNLA is on maximum alert,” Assaleh said.

At Konna, a town 500 km (312 miles) southeast of Gao recaptured from the rebels earlier this month, some people said they were still afraid.

“No-one believes the rebels will give up without resisting. They may be regrouping for an attack, there is fear of a guerrilla war,” said Salou Toure, a middle-aged resident of Timbuktu who had fled that town three months ago.

Malian Captain Faran Keita, an army officer in the central Mopti region, said: “We’re at war against terrorists, even here someone with an explosive vest could attack.”

Malian government control was restored in Gao on Saturday, after French special forces backed by warplanes and helicopters seized the town’s airport and a key bridge. Around a dozen “terrorists” were killed in the assault, while French forces suffered no losses or injuries, France’s defence ministry said.

Officials said the mayor of Gao, Sadou Diallo, who had taken refuge in Bamako during the Islamist occupation, had been reinstalled at the head of the local administration.

The robust military action by France over the past two weeks in its former Sahel colony has left African leaders embarrassed about the continent’s inability to quickly field its own force.

“How could it be that when faced with a danger that threatens its very foundations, Africa, although it had the means to defend itself, continued to wait,” Yayi said.

Around 1,900 African troops, including Chadian, have been deployed to Mali so far as part of the planned U.N.-backed African intervention force, known as AFISMA. Burkina Faso, Benin, Nigeria, Senegal, Togo, Niger and Chad are providing troops. Burundi and other nations have pledged to contribute.

The United States and Europe, while providing airlift and intelligence support to the anti-militant offensive in Mali, are not planning to send in any combat troops. Washington agreed to fly tankers to refuel French warplanes.

The AU is expected to seek hundreds of millions of dollars in logistical support and funding for the African Mali force at a conference of donors to be held in Addis Ababa on Jan. 29.

European Commissioner for Development Andris Piebalgs told Reuters in Addis Ababa he believed enough funds would be offered to sustain the African troop intervention for a year.

Piebalgs added the latest estimated cost of the operation he had seen was 430 million euros ($579.42 million). The EU had already committed to provide 50 million euros ($67.37 million) to pay the salaries of the non-Malian African troops.

Japan would pledge over $100 million at the donor conference for humanitarian and social development in Mali and the wider Sahel, a Japanese official in Addis Ababa told Reuters.

Iran’s Foreign Minister Ali Akbar Salehi also offered in Addis Ababa to work with the African Union to help resolve the crisis in Mali. Salehi said Iran was ready to offer assistance to Mali’s tens of thousands of refugees and displaced people. DM

Photo: A Malian soldier stands guard with his machine gun on the road between Konna and Sevare January 27, 2013. REUTERS/Eric Gaillard