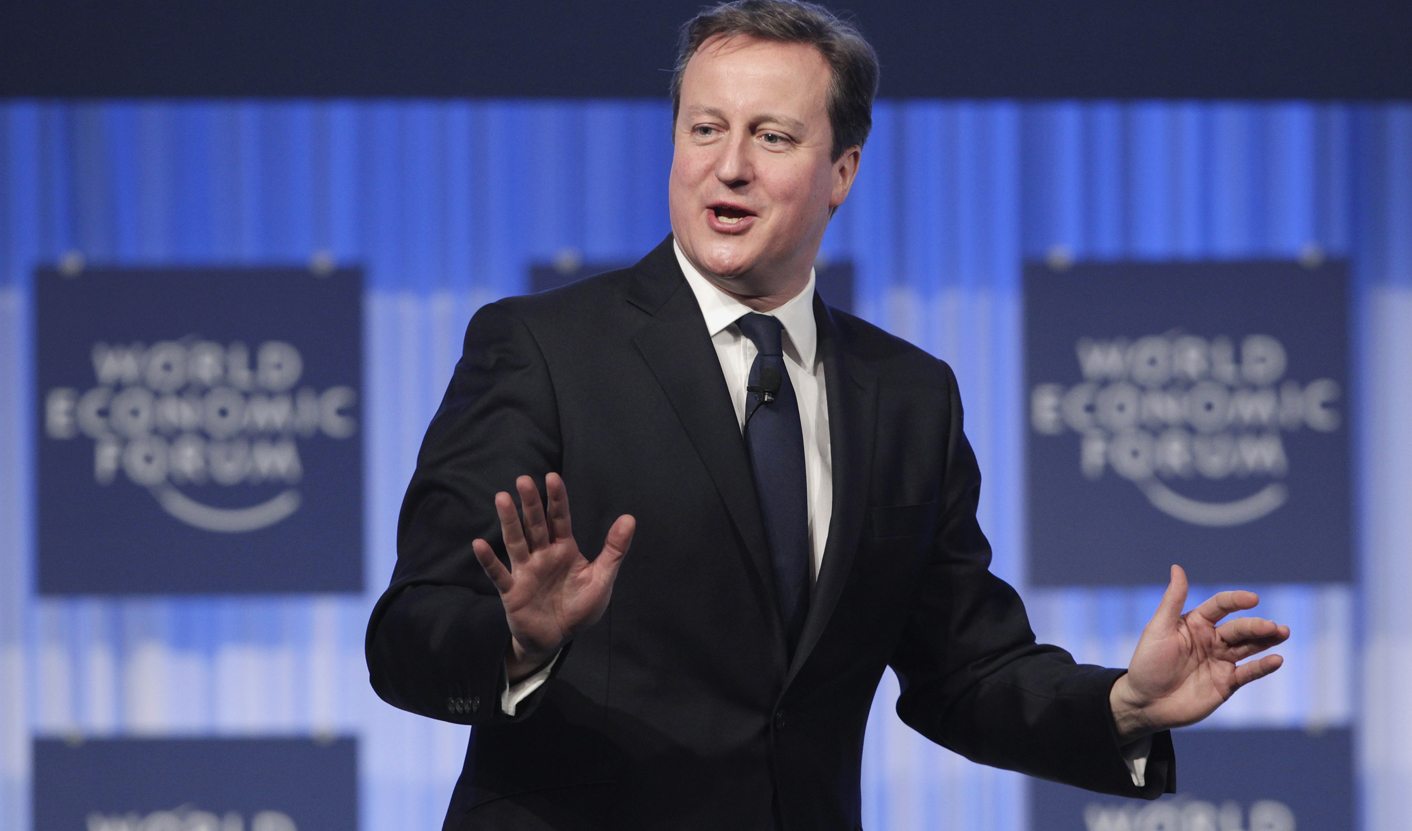 British Prime Minister David Cameron told European leaders on Thursday that any attempt to force countries into ever-deeper political union was a mistake that Britain would not be part of. By Andrew Osborn.

Cameron’s comments at the World Economic Forum in Davos, Switzerland came a day after he promised Britons a vote on quitting the European Union, saying the country would hold a referendum on its membership by the end of 2017 if he wins the next election.

His words were among his most combative to an international audience on the future direction of the EU, but were also designed to reassure EU states and investors that Britain had no intention of turning its back on the EU, despite the planned referendum and the uncertainty it has generated.

“Countries in Europe have their histories, their traditions, their institutions, want their own sovereignty, their ability to make their own choices, and to try and shoehorn countries into a centralised political union would be a great mistake for Europe, and Britain wouldn’t be part of it,” he said in a speech.

Britain wanted to reform the EU from the inside for its own benefit and for the benefit of the bloc’s other 26 members, Cameron said, adding he believed the EU had to reorient itself.

“Britain is a major European player on all of the issues where Europe needs to act – being more competitive, fighting terrorism, combating climate change – we are right out there leading the arguments, making the arguments.

“And that is the sort of political action that we need. But a centralised political union? Not for me, not for Britain.”

As the euro zone navigates its debt crisis and eyes closer integration, Cameron has said he wants Britain to repatriate certain powers.

Back in Britain, voters and the media were digesting what many commentators said was a historic Europe speech by Cameron the previous day.

The mass-selling Sun tabloid played up comments by German Chancellor Angela Merkel who said after his speech that she was ready to discuss Cameron’s EU ideas, suggesting it was an important victory for the British premier.

“Top Merks”, read its headline, a pun on the German politician’s surname. It also published a YouGov poll which showed 63 percent of Britons backed Cameron’s referendum idea and its own online poll in which 68 percent of respondents said they thought Britain should leave the EU.

Other newspapers were more sceptical, wondering if Cameron had begun a process he would be unable to control.

Some British business leaders have warned that Cameron’s plan to stage a referendum by the end of 2017 – contingent on him winning the next election in 2015 – is likely to lead to investors delaying important decisions about Britain.

But a letter in The Times, penned by 48 industry and finance leaders, suggested business was split on the issue.

The letter endorsed Cameron’s strategy, saying it was “good for business and good for jobs in Britain” and arguing it was the right time to try to cut the amount of red tape coming out of Brussels and to complete the bloc’s single market.

Back in Davos, EU leaders gave a mixed reaction to Cameron’s ideas about how to reform the bloc. Speaking on a panel, Dutch Prime Minister Marc Rutte expressed the strongest support for Cameron’s aim of repatriating some EU powers to member states and of pressing Europe to complete its internal market.

“Precisely because Europe and the world is changing, we need to have this debate about subsidiarity, about which tasks should be made by 27 and which tasks at national level,” Rutte said.

But he voiced doubts about whether powers could be clawed back, saying: “You can never repatriate powers from the European to the national level.”

Irish Prime Minister Enda Kenny told the same panel he felt there was, for now, no way of reopening negotiations about EU treaty change – a process Cameron hopes to use to repatriate powers – and that even if there was, such a process should focus on closer integration.

Italian Prime Minister Mario Monti praised Cameron’s focus on completing Europe’s single market, but also said there might not be an opportunity for Britain to seek to repatriate powers. “Pragmatism should be the British state of mind, without too much ideology,” said Monti. DM