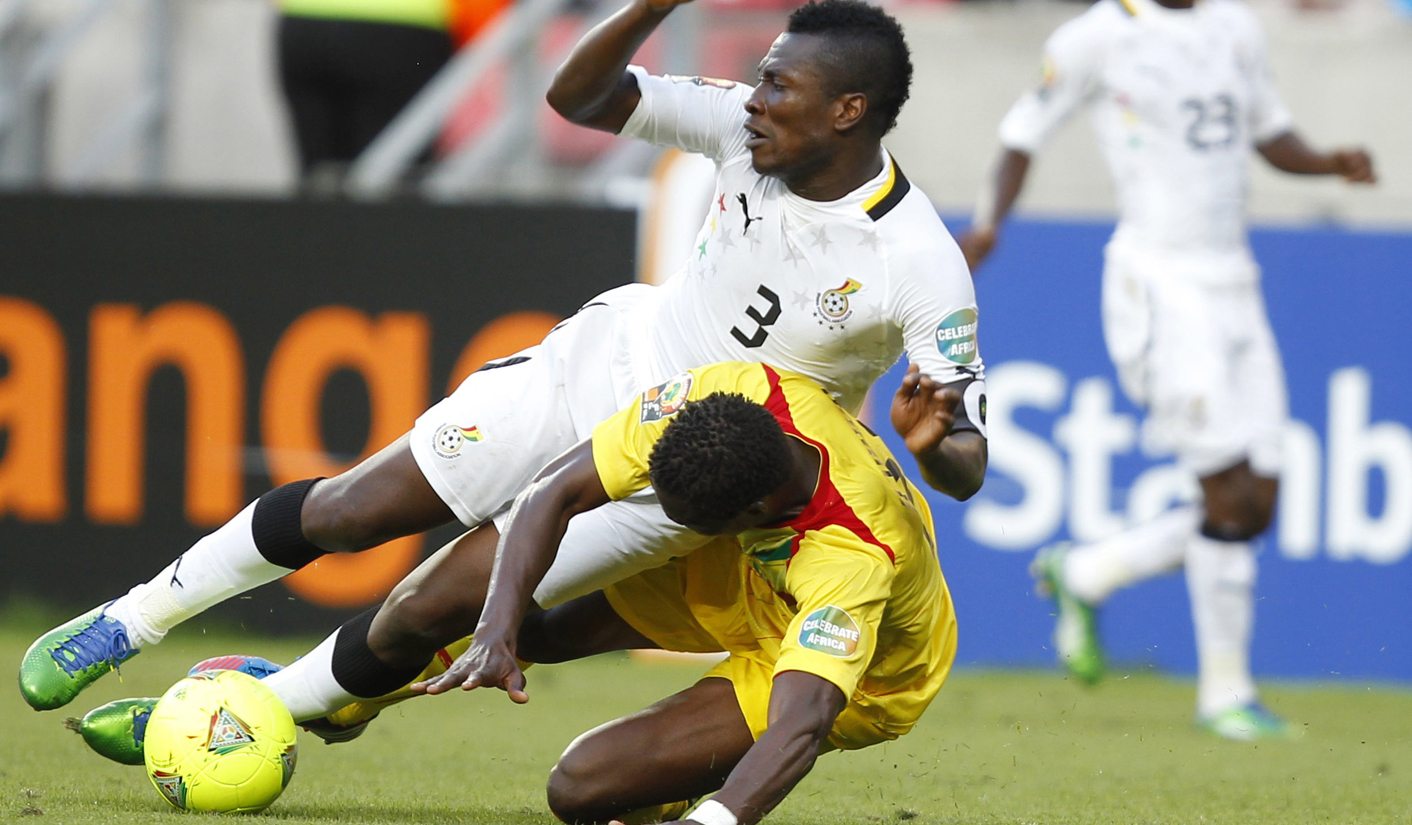 Niger bagged a historic point, which they claimed while keeping a clean sheet – although they did not score. Ghana, meanwhile, finally managed a win. It wasn’t the most action-packed day of Afcon, but a little history was made here and there. ANT SIMS watched all of it, so you didn’t have to.

Tournament favourites Ghana came head to head with dark horses Mali in the first game of Thursday, and the Black Stars made a leap towards getting into the quarter-finals by edging a narrow 1-0 win thanks to a penalty. Mubarak Wakaso netted from the spot in the 38th minute after (firstly) a clumsy tackle from Adama Tamboura and (secondly) Emmanuel Agyemang Badu’s race into the box for Ghana. Wakaso, though, was so happy when he scored that he took off his shirt to celebrate. According to rules and regulations, though, that’s a yellow card; and since he picked up a card in Ghana’s previous match, it means he’s out of the Black Stars’ next match against Niger.

Mali hardly looked threatening for the rest of the match, and while Ghana wasn’t particularly hot either, they did what they had to do. There was some controversy, though. Ghana’s goalkeeper Fatau Dauda handled the ball outside his area early in the match – an incident which should have resulted in a red card. The referee produced only a yellow, though, and while there is much debate about just how much it would have impacted the game, it certainly was a talking point.

Niger and the DRC played out one of the worst games the tournament has seen since the opening fixtures left everybody half asleep. There was some action and Robert Kidiaba made some good saves, all while flinging that interesting ponytail of his around. Still, the game was nothing that would keep anybody glued to their TV sets unless they were a staunch fan or had to watch. DRC simply wasn’t close enough to the team that showed up in such spectacular fashion against Ghana.

It was the first-ever meeting of the two sides, and it was also Niger’s first point in the tournament, ever. Delight for Niger, disappointment for DRC.

WHAT DOES THIS MEAN IN CONTEXT?

Ghana is at the top of the Group B table with four points, while Mali is second on three. It means Group B is set up rather interestingly. Ghana should easily win over Niger, which means they’re dead set to go through. Even if they lose, though, they are safe. DRC will have a tough challenge against Mali, which they have to win if they want to go through to the next round.

“We were much more tactically disciplined in this game than against DR Congo, but I know we can do a lot better than we did today.” – Ghana coach, Kwesi Appiah.

“The referee did not help us because he ought to have sent off the Ghana goalkeeper rather than just booking him for handling the ball outside his area. Ghana was better, especially in the first half, but we still have a game to qualify for the next round and so we will forget this match and focus on our next game.” – Mali coach, Patrice Carteron.

“I don’t think the criticism we’ve been receiving has been unjustified.  We weren’t scoring goals and just have to bounce back. These are tough situations, but ones that make us stronger.” – South Africa’s coach, Gordon Igesund.

Ghana striker Asamoah Gyan didn’t step up to take the penalty because he promised his late mother he would never do it again, following a series of high-profile missies.

Since the team lost 1-0 to Nigeria in the final of the 2006 edition of the tournament, Ghana has scored in all nine of their group games since then.

Last year, Mali’s only group defeat came against Ghana. From there they went on to claim third place, their best run in the tournament in 40 years.

The South African sports minister and SAFA have called for a press conference on Friday, in light of Bafana Bafana’s win over Angola. Whether it’s to announce a new public holiday to commemorate lifting the curse of the sangoma is not yet certain. DM