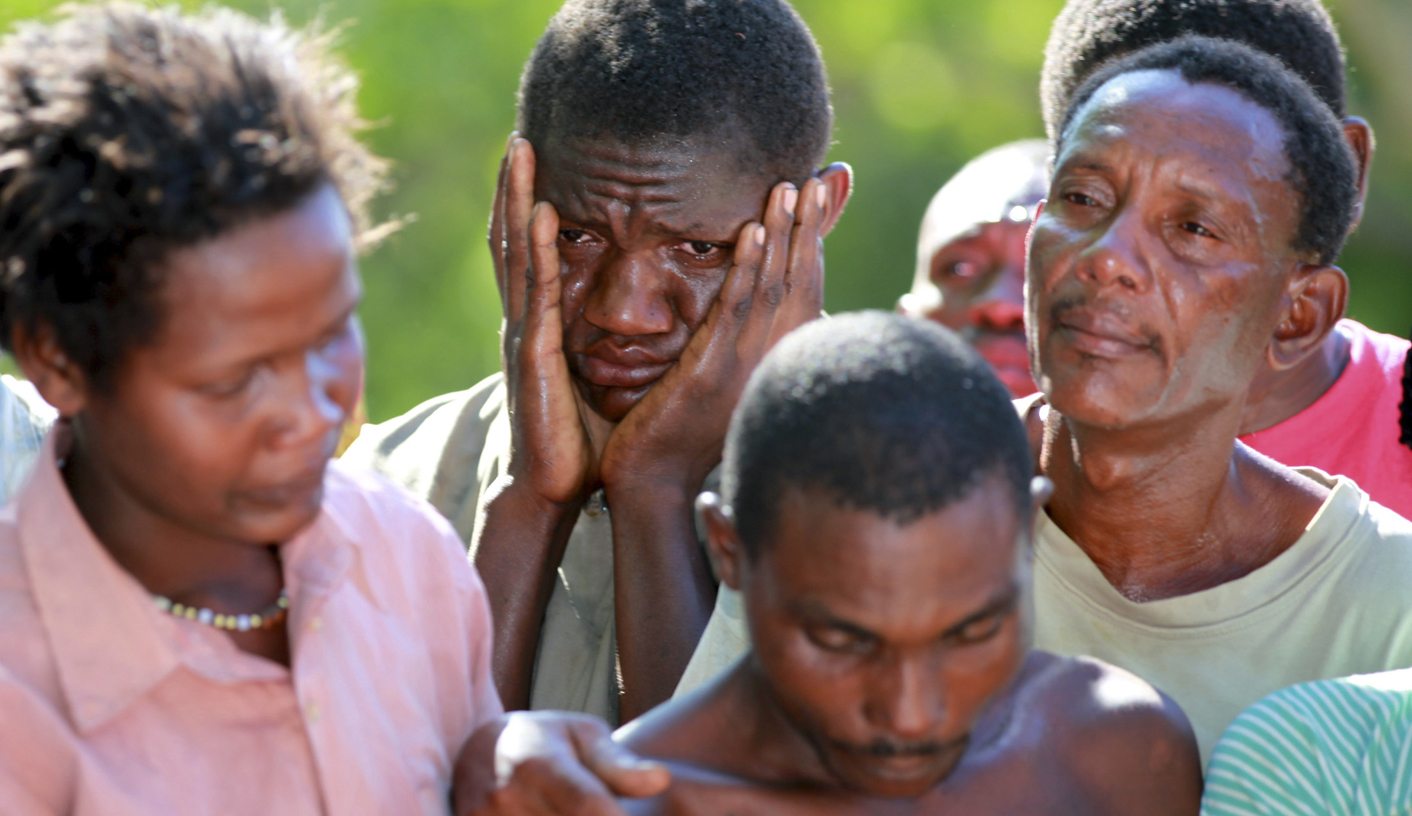 Don’t worry, Kenya’s President Kibaki told media this week, and stop being so dramatic. He thinks the violence in Kenya is not so bad, and that he’s got everything under control ahead of the March elections. A nervous SIMON ALLISON is not reassured.

“Many historians will perhaps say that the president has not been particularly good with reading speeches,” said a presenter on Kenya’s KTN news channel. He was being coy. We don’t need to wait for the historians to deliver this particular verdict. Kibaki is an awful speaker: ponderous, monotonous and entirely unconcerned with eye contact. His public addresses can be so excruciating at times that I find myself longing to listen instead to Jacob Zuma deliver a budget report.

Fortunately for weary audiences all over Kenya, Kibaki has few speeches left to give. Not presidential ones, anyway. On 4 March, Kenyans will vote for a new leader, and Kibaki will go gently into retirement, comforted by the nearly R2.5 million golden handshake and lifetime access to airport VIP lounges that he approved for himself earlier in January.

But before he can enjoy the fruits of his tenure – it’s his last turn to eat, after all – Kibaki has just one more job: to ensure calm and peaceful elections. This more than anything will guarantee his legacy and prove to the world that the unity government which he has headed since 2008 was actually a good idea.

To this end, therefore, Kibaki gave another speech on Monday. He’d just met with officials of Kenya’s Independent Electoral and Boundaries Commission (IECB), the body responsible for organising the election, counting the votes and announcing the winner.

His message was simple: everything, according to Kibaki, is under control. The security agencies know what to do, and he has “every confidence” in them to do it. Cases of violence in the build-up to the election have been “isolated and restricted to a handful of counties”. Voters are being educated, and political parties urged to restrain themselves. Don’t worry, the president was saying; we’ve got this.

There’s only one fly in this calm, gentle ointment, according to Kibaki. That’s right, it’s us: the doom-mongering media, both local and foreign, who keep blowing things out of proportion. He urged us not to exaggerate reports of violence, and to stop causing tension in the country.

Certainly, the headlines have been bad over the last few months. “Kenya: fears of another violent election,” screamed the Mail & Guardian; “Chaotic Kenya primaries are an indication of what to expect in March elections, expert says,” ran the Washington Post; “Kenyan police pin tribal violence to election,” said AFP.

The fear is unanimous that the violence in the build-up to the big vote means that we can expect violence during and after the elections themselves. But we’ll get to that: first, let’s talk about this violence we’ve seen over the last few months, so easily dismissed by Kibaki.

First, there was the conflict in the Tana River delta, supposedly between rival tribes fighting over cattle. Was it this simple, or was there a more sinister political motive behind the fighting? It’s hard to say, although one prominent politician from the area has been charged for inciting the violence, during which more than 140 people died. That’s a big number.

Second, there was the trouble in Mombasa last year, sparked by the death in suspicious circumstances of a prominent Muslim cleric. Angry youth took to the streets in protest, looting shops and targeting churches as they sought vengeance. At least four people died – one civilian and three police officers who were targeted with a grenade.

Third, the on-going attacks attributed to Somali militant group Al-Shabaab, which isn’t at all happy with Kenya’s role in the military intervention against it. Their response has been to target both civilians and security forces, often with grenade attacks. The latest incident happened a week ago in Garissa, a town near the Somali border, when gunmen opened fire at a hotel, killing six.

Fourth, and most dangerous as far as the elections are concerned, was the violence which accompanied the party primaries process held last week. A disputed result saw roads barricaded and tyres burnt in Kisumu and Siaya, while one election official in Western Kenya died in hospital after being stabbed in violence related to the primaries. According to the Committee to Protect Journalists, two journalists were beaten by security forces as they attempted to cover clashes in Kibera, the big Nairobi township.

“The violent expression, even though on a smaller scale, is similar to that of 2008 and it must prepare us for a possible violent election… it [the primaries] has given us a sneak preview of how the election would look like,” said political scientist Mutahi Ngunyi, speaking to the New York Times.

This might seem a harsh analysis. After all, much of Kenya has seen no violence at all, and much of the violence reported is related to other factors like coastal separatism or Somali Islamists. Presumably this is what Kibaki meant when he said the violence was “isolated”, and that the election is under control.

This, however, is to miss the point. Let’s not forget that there were very few warning signs before the last election and the post-election bloodletting which scarred Kenya so badly and left more than 1,000 people dead. The violence was completely unexpected. Since then, violence has only become more rather than less normal in the Kenyan political context. Why then should we expect anything other than violent elections?

Added to this is the complete lack of action taken by the government to bring to justice those responsible last time round. Yes, four men have been charged with crimes against humanity by the International Criminal Court in The Hague for their role in inciting the violence, but this was only because the Kenyan state was unable or unwilling to prosecute them itself. And two of those charged have not let the trial slow down their political ambitions: Uhuru Kenyatta is running for president while William Ruto wants to be his deputy.

For Ruto and Kenyatta, the stakes are even higher now than they were in the 2007 poll. Should they win, they’ll both be entitled to some form of presidential immunity (whether it’s official or simply de facto such as that enjoyed by Sudan’s Omar al-Bashir), and should therefore avoid the trial. For all the politicians running, there’s also the prospect of managing significant oil reserves which have recently been discovered in Kenya. For those of a corrupt persuasion, the spoils of office will be more lucrative than ever before.

This is why journalists watching Kenya are very nervous about what’s to come during and after the March elections. Without having addressed any of the root causes of the post-election violence in 2007; without having brought anyone to justice; with violence having become more and more a part of everyday political life in Kenya; and with the stakes higher than they’ve ever been, the evidence suggesting there will be trouble in Kenya comfortably outweighs Kibaki’s vision of a “free, fair and peaceful” vote.

Photo: Residents mourn the killing of their relatives during an attack, in Kibusu village at Tana Delta region of the Kenyan Coast January 10, 2013. At least ten people were killed on Thursday when armed raiders torched more than a dozen houses Kenya’s restive Tana River area, the Red Cross said, the latest tit-for-tat attack police say is linked to upcoming elections. REUTERS/Joseph Okanga