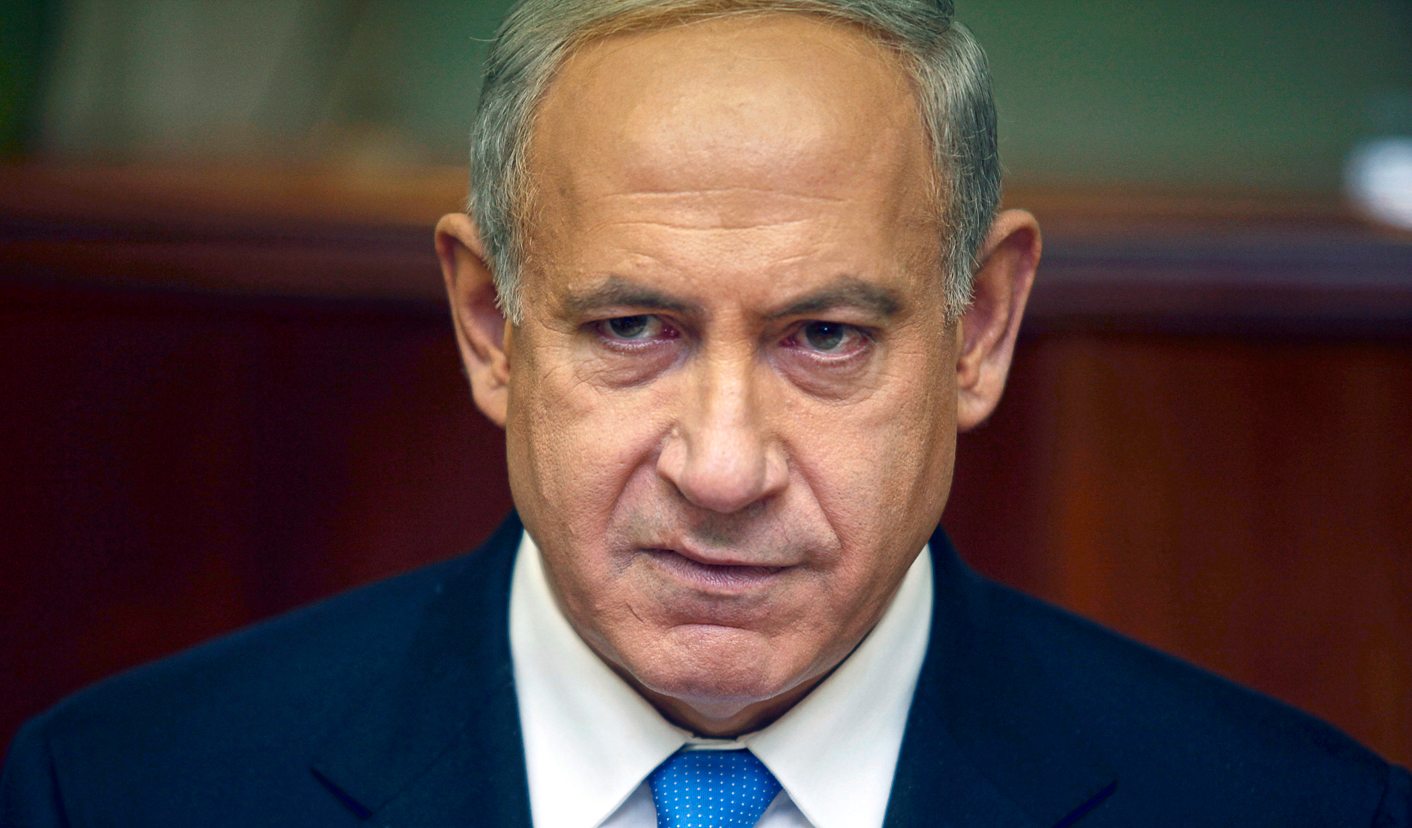 Last week, a report published by the Israeli activist organisation Peace Now proved conclusively that Bibi Netanyahu and his thugs have done more than any government in history to expand settlements in the occupied territories. Will that change anything when Israelis go to the polls on 22 January? To the shame of leftist Jews everywhere, it appears not. By KEVIN BLOOM.

In November 2011, on the anniversary of the assassination of the Israeli prime minister who’d moved further than any other towards the establishment of a Palestinian state, Hagit Ofran woke up in Jerusalem to a reminder that his life was in danger. Spray-painted in Hebrew on a wall near his house was his name and the three-letter acronym for “of blessed memory,” the phrase “price tag,” and the sentence “Rabin is waiting for you.” In reference to an illegal outpost in the West Bank that had recently been slated for evacuation by the Israeli state, there also appeared the words “Givat Assaf”.

As project director for the “Settlement Watch” programme of the left-wing Israeli activist group Peace Now, Ofran may have been rattled by the death threats, although it’s unlikely he would’ve been surprised. This was, after all, the second time in two months that spray-gun wielding Israeli hardliners had targeted his home. Earlier in the year, the graffiti directed at him had included the words “revenge” and “death to traitors”.

Yet however rattled he was, Ofran remained unbowed. “The graffiti was sprayed in my home, but the taunts are in all of our stairwells,” he said, at the 2011 Yitzhak Rabin commemoration rally in Tel Aviv. “The tag may have marked me, but we all pay the price. We must not fear. We are here, and we are many. We have a voice and we must raise it. And today we say to Benjamin Netanyahu: We are not afraid.”

Implicit in Ofran’s speech was a defiant inversion of a phenomenon that had recently become known as the “price-tag attack” – an assault committed by pro-settlement advocates on Palestinians or “traitorous” Jews in retaliation for an action deemed antithetical to the interests of the Jewish homeland.

Equally implicit in the speech, deep in the background but unmistakable, were echoes of the circumstances that led to Peace Now’s founding. Formed in 1978, at a time when talks between Israeli prime minister Menachem Begin and Egyptian president Anwar Sadat were close to collapse, the movement arose from an open letter published by 348 reserve officers and soldiers from Israeli army combat units, in which they beseeched Begin and his government not to squander the historic opportunity for peace with Egypt.

Herewith, translated from the Hebrew, is that letter’s second paragraph: “We are writing this with deep anxiety, as a government that prefers the existence of the State of Israel within the borders of ‘Greater Israel’ to its existence in peace with good neighborliness, will be difficult for us to accept. A government that prefers the existence of settlements beyond the Green Line to elimination of this historic conflict with the creation of normalisation of relationships in our region will evoke questions regarding the path we are taking. A government policy that will cause a continuation of control over a million Arabs will hurt the Jewish-democratic character of the state, and will make it difficult for us to identify with the path of the State of Israel.”

A week before Israel’s 2013 elections, with polls placing Prime Minister Netanyahu and his right-religious coalition firmly in first place, Peace Now published a report that could only be read as a profoundly sad follow-up to its founding document. Detailing the Netanyahu government’s record on settlements over its four-year term, the report – headlined “Settlements and the Netanyahu Government: A Deliberate Policy of Undermining the Two-State Solution” – demonstrated just how far Israel has drifted from what those army officers once described as its “Jewish-democratic” character.

According to Peace Now, since Benjamin Netanyahu took office on 31 March 2009, construction on a total of 6,867 new units has started in the settlements. Of these, 2,622 (38.2%) are in isolated settlements located east of the planned route of Israel’s separation barrier, and 2,028 (29.5%) are between the actually built fence and the planned route of the fence. Peace Now notes that this is in stark contrast to previous years, when only 20% of construction in the settlements took place east of the barrier.

As a top-line analysis of its statistics, the reports states that the policies and actions of the Netanyahu government in the West Bank and East Jerusalem “disclose a clear intention” to use settlements to undermine and render impossible a viable two-state solution to the Israeli-Palestinian conflict. Among these actions, aside from construction east of the separation barrier, is a “record level of tenders” for future construction of settlements in East Jerusalem, and the adoption of a formal policy that favours the “legalisation” of illegal settlements.

Friedman , who was a co-author of the report, went on to note how Peace Now was cheered by Netanyahu supporters for its efforts in putting the data together. Bizarrely, Israeli member of parliament Zeev Elkin, head of the national-religious sector in Netanyahu’s Likud party, felt Peace Now deserved a big thanks for boosting the incumbent’s re-election campaign. As it turns out, Likud had been losing ground in the polls to the party Habayit Hayehudi (literally, “Home of the Jews”), which is campaigning on a platform insinuating that Netanyahu doesn’t have the settlers’ best interests at heart. The Peace Now report, said Elkin, proved that this was a lie.

And so we come to Israeli election day. On Monday evening, 21 January, 12 hours before voting booths were scheduled to open, polls were saying that 15% of voters remained undecided. The centre-left bloc believed that most of those voters belonged to them, which was why they were still campaigning furiously. And according to Ha’aretz, the leftists were correct in their assumptions: Habayit Hayehudi and the Likud-Yisrael Beiteinu coalition, the newspaper’s survey revealed, had the lowest proportion of potential voters who still described themselves as undecided.

Will the Peace Now report foil the pundits and finally bring a government to Israel that supports a Palestinian state? Not likely. The most it will do, apparently, is confirm what every leftist Jew knows – the homeland we used to be proud of is run by fascists and racist thugs. DM

Photo: Israel’s Prime Minister Benjamin Netanyahu attends the weekly cabinet meeting in Jerusalem January 20, 2013. Netanyahu said on Saturday a country with as many enemies as Israel cannot afford a weak ruling party, after polls ahead of Tuesday’s parliamentary election showed a slide in his support. REUTERS/Gali Tibbon