Honda CR-V:2.0 Comfort crossing over to the urban jungl...

Honda CR-V:2.0 Comfort crossing over to the urban jungle 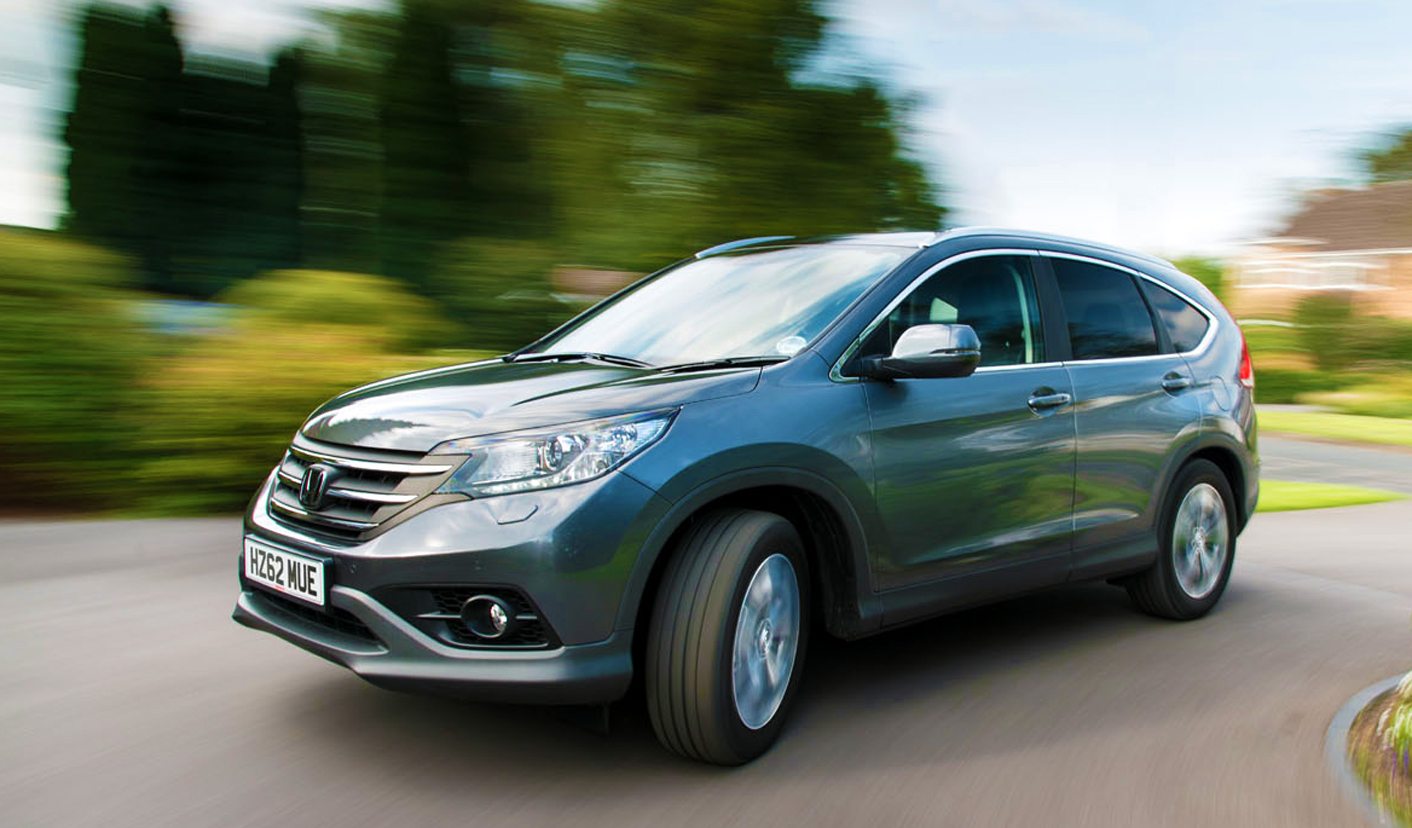 Introduced in South Africa late last year, the all-new Honda CR-V isn’t quite the gung-ho all-terrainer you’d expect. Instead, this third-generation model range puts more emphasis on interior packaging and comfort than on heading off the beaten track. That’s especially true of the entry-level, front-wheel drive model – which may also be the pick of the CR-V bunch for that very reason. By DEON SCHOEMAN.

If you spend as much time as I do looking out of aircraft windows while criss-crossing our country, you’ll have seen just how many roads less travelled there are to discover. And perhaps, like me, you’ll have experienced the yearning to drive those routes, and to find out where they lead to.

Sport utility vehicles (or SUVs, as they’re more often referred to) would seem to offer an opportunity to making that dream come true. Generally more rugged than your average passenger car, with a raised ride height and an equally elevated seating position, SUVs were born to tackle the kind of terrain that a city-slicker sedan would never cope with.

We’re not talking gung-ho 4x4s here, but rather what hard-core off-road fans would call a ‘soft-roader’ – an all-terrainer with a measure of go-anywhere talent, and often (but not always) some form of all-wheel drive to boost traction and stability.

And that’s a key drawcard: just the knowledge that you can tackle gravel roads, negotiate rocky terrain and even splash your way through the odd river crossing is not only liberating, but at the very heart of the SUV craze.

However, the reality is that very few of us have the time to undertake an exhibition into the hinterland, even if we have an SUV in our garage. Instead, we commute between city and suburb, with perhaps the occasional trip to a game reserve as a reminder that dust and gravel are also part of that cherished vehicle’s repertoire. So, what I’m really saying is that SUVs are increasingly employed as versatile crossover vehicles rather than all-terrainers. Their owners love the elevated seating and the commanding all-round view.

They also like the often car-like dynamics, the station wagon-like space, and the practicality afforded by the large tailgate and low loading sill most SUVs have in common. And yes, mounting pavements or parking on kerbs is a breeze …

All of which suggests that a SUV-style vehicle with front-wheel drive would offer all the attractions of conventional SUV, but without the complexity and higher running costs associated with all-wheel drive.

Honda’s all-new, third-generation CR-V range is unmistakably SUV in approach. The line-up also happens to include a so-called entry-level model that forsakes the all-wheel drive of its more senior siblings for front-wheel drive.

That this new, so-called entry-level model is almost indistinguishable from more expensive models, and isn’t short on creature comforts and safety features, suggests that it may become one of the most popular derivatives in the six-model range.

The new CR-V is fairly wide, with a front-end look that’s both pure Honda and strongly reminiscent of the current Civic range. If anything, it looks larger and more imposing than its predecessor – but that’s an optical illusion, because the new CR-V is actually slightly shorter and lower than the outgoing model.

The bold grille, pronounced lower air intake and faired in LED headlights are proudly Honda, while the clean, uncluttered side view, with its large wheel arches, scalloped and the slightly scalloped sides, creates a smart impression without resorting to ostentation.

Visually, the most interesting (and the most controversial) element is the rear, which looks almost bulbous, despite the relatively short overhang. The combination of a sloping roofline and a boomerang-shaped D-pillar, together with an elongated taillight cluster, adds a little too much visual weight to the otherwise cohesive, mature styling.

The rear-on view is more flattering, though, and you’ll also notice that the tailgate opens all the way down to bumper level. Metallic accents and subtle brightwork are used to good visual effect, too.

For me, it’s the interior that ups the Honda ante just a notch or two. There is a lot of space both front and rear, and despite the CR-V’s high waistline, the cabin is an airy and inviting place. And its pretty well equipped, too.

Even the entry-level 2.0-litre Comfort model gets niceties such a remote central locking, electric windows, dual-zone climate control with rear ventilation, a multi-speaker audio system and a multi-function steering wheel.

The only two convenience items I missed on the 2.0 Comfort were cruise control and park distance control. The latter would have been particularly useful, as the rear’s curved shape compromises rearward vision.

No complaints about safety, though: ABS brakes, stability control, tyre deflation warning and non less than six airbags are all standard. All seating positions get inertia real seat belts, and the driving seat is adjustable for height, reach and backrest angle.

Ahead of the driver is an array of controls and switchgear that continues to look more science fiction than current technology. Of specific note is the two-tier instrument cluster, which remains a trademark of modern Hondas. It takes some getting used to, but once you’ve got used to the layout, more conventional arrangements seem just that little bit ordinary.

The boot is another boon. Despite the full-size spare, there is a lot of luggage space: 589 litres to be exact, and that’s with the split rear bench seat in position. Fold that bench seat down, and a whole1,146 litres becomes available.

But in a daily commuting role, the 2.0 Comfort has enough zip to get off the line with some enthusiasm, and to overtake with gusto, as long as the driver is prepared to make full use of the fine, slick manual gearbox.

For those seeking more oomph, there’s Honda’s familiar 2,4-litre petrol unit (140 kW/220 Nm), in conjunction with a five-speed auto gearbox and all-wheel drive. Arguably the best option for those likely to lug big loads, and fill all the seats, is the 2.2-litre turbodiesel – credited with 110 kW and 350 Nm, together with great open-road fuel consumption.

Given its 1,449 kg kerb mass, I expected the 2.0 Comfort to feel a little tentative off the mark, but instead, it responded with eagerness. The steering is light (almost too light), and the suspension is nicely tuned to deliver a decent ride.

Performance is brisk, with Honda claiming a 10,0 sec zero-to-100 km and a 190 km/h top speed, but I doubt whether actual owners will eve want to thrash their units. The front-wheel drive model tested here is understandably less sure-footed on gravel, and struggles to get the power down under acceleration, but never loses its composure.

With all this space, high comfort levels, and a boot that is generous even by big car standards, there is a lot to be said for the CR-V 2.0 Comfort. It may lack the outright traction and muscle of the larger-engined, all-wheel drive models, but it goes well, rides serenely, and accommodates its occupants in style and comfort.

Its front-wheel drive system will contribute to the Honda’s overall efficiency, with a mid-7 litre/100 km consumption figure in mixed conditions an entirely feasible target, and even more frugal results on the open road.

So, is the CR-V a SUV, or a crossover? The Honda can play both roles, but the 4×2 drivetrain suggests urban crossover commuting as the most likely, and most honest, application. And besides, the concrete jungle can be a more challenging driving environment than any game reserve … DM