Golf: No Armstrongs in our group, say trio 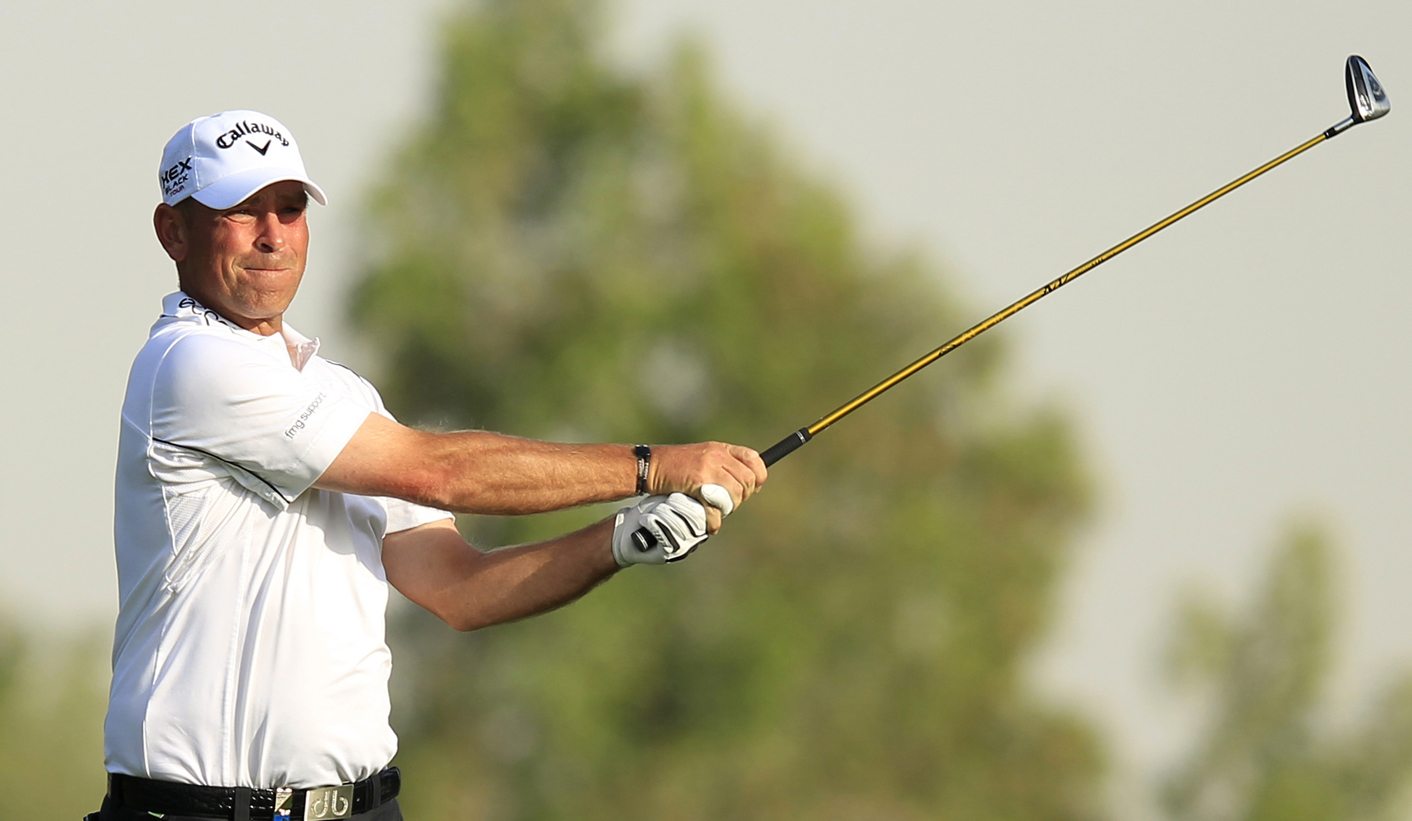 Thomas Bjorn, Henrik Stenson and Richard Green, three leading figures on the European Tour, are united in their view that golf is free of doping. By Tony Jimenez.

The trio, speaking after this week’s admission by American cyclist Lance Armstrong that he cheated his way to his seven Tour de France wins, believe their own sport is clean when it comes to performance-enhancing drugs.

“I would find it very surprising if we encountered any enhancing drugs in golf,” twice former Ryder Cup player Stenson told Reuters in an interview on Sunday, the final day of the Abu Dhabi Championship.

“I don’t know what you could take to help you perform better in golf. Viagra maybe – to hit it long and straight,” he said with a cheeky grin.

“I am happy I am in a sport where (doping) seems to be very, very rare,” Stenson added on a more serious note.

The Swede, who ended his Abu Dhabi campaign well with a 67 giving him a five-under 283 total, said he had been unhappy to hear of Armstrong’s confession to chat-show host Oprah Winfrey to using banned substances to establish himself as one of the biggest names in cycling.

“It’s obviously sad in any sport when the great heroes you expect to be clean, aren’t,” said Stenson. “Cycling’s had a lot of problems with this issue but thankfully golf is in a different situation.

“There have been certain sports we’ve known about for years where people have been caught taking illegal stuff…he is just another one in that category.

“It makes it even sadder when it is one of the greats who gets caught cheating. There’s not much I can do about it myself except stay clean and hope most people (in golf) think the same way,” said the 36-year-old Stenson.

An official said the European Tour had introduced random drug checks in July 2008 and there have been no positive tests since.

Golf is renowned for its fair play and integrity, with players often calling penalties on themselves for rule infringements.

“In golf we do our drug-testing and it seems to be a very clean sport,” the 41-year-old Dane told Reuters after carding a closing 71 for 288, level par. “We can be proud of that.

“Being part of the Olympics again in 2016, there is going to be more focus and attention on it but we believe ours is a clean sport and we don’t seem to have any big issues with stuff like that.”

Bjorn, who has won 13 European Tour titles in his career and played in two Ryder Cups, used to follow cycling when he was younger but said the proliferation of doping issues had diminished his interest in the sport.

“I grew up with Lance Armstrong and you couldn’t help but be amazed by his achievements,” said the Dane.

“It’s disappointing when it comes to this but cycling’s had its issues over the years and you can’t say it comes as a massive surprise. I followed it a bit in the past but it kind of wears off a bit when stuff like this happens.”

Australian Green said he did not believe there were any substances available that could help golfers perform better on the course.

“Golf’s not like cycling,” said the former world number 29 after returning a 67 for 283. “I just don’t think there is anything the guys can take to improve their performances.

“It is just down to hard work, hard practice, good technique and the right equipment…and I think that’s what the guys are doing out here.

“In my opinion it (Armstrong’s case) was human nature’s way of crossing the line. Everyone’s trying to look for an easier way to do just about anything.

“Whether it’s digging a hole, rather than using a shovel people use a big digger instead. Cyclists have just found an easier way to do it.”

“Where the responsibilty lies is with the governing body of cycling,” said the 41-year-old left-hander. “They probably haven’t policed the issue enough.” DM

Photo: Thomas Bjorn of Denmark hits the ball on the 18th hole during the third round of the Dubai Desert Classic golf tournament at the Emirates Golf Club in Dubai February 11, 2012. REUTERS/Ahmed Jadallah