Fascinating Aida: All d(r)olled up

Fascinating Aida: All d(r)olled up 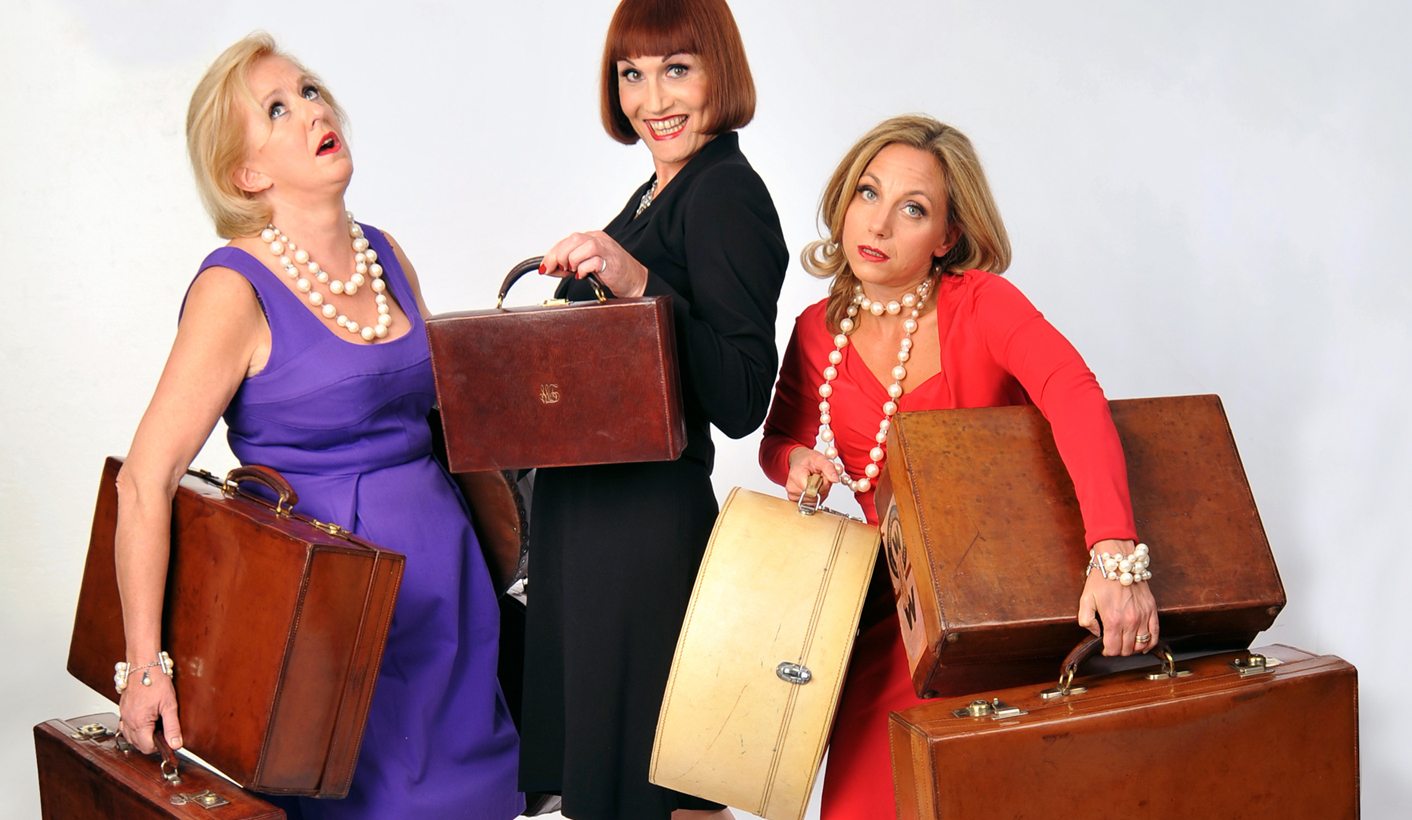 Funny, witty, jolly, whimsical, offbeat and downright hilarious. That’s what you’ll get when you combine the inexpressible drollery of Fascinating Aida with its snappy cabaret dress and razor-sharp criticism of everything from cheap airlines to the president’s “spear”. LESLEY STONES reviews.

The term “alternative humour” conjures up the image of some young punk comic spouting a streetwise lingo you don’t quite understand.

It certainly shouldn’t make you think of three middle-class and rapidly ageing British female singers. Yet the performers in Fascinating Aida are very alternative, and not so much humorous as outright hilarious. The ladies – ok, the women – have been together for 30 years, with a cabaret show that delivers brilliantly wicked satire in song.

Dillie Keane takes the lead and plays piano, with Adele Anderson and soprano Liza Pulman also shining as they sing individual numbers or create beautiful harmonies. They are utter masters of the stage, knowing exactly when to raise an imperious eyebrow, when to skip a beat, or when to cast a withering expression that says a hundred things without words. They’re an absolute delight to watch, but even greater fun to listen to. These are lyrics to pay attention to, and you curse if you can’t quite catch everything throaty Adele sings or you miss a few words when Dillie is fannying around.

The show is extremely topical and nicely localised in both the content and the local slang. President Zuma’s spear merits a mention, and an insult, as does his bizarre un-African dog’s dinner of a comment.

I was laughing out loud over a fabulously cruel number about euthanasia, and almost crying over a “Bulgarian Folkloric” series with titles longer than the content. It’s in these tiny social commentary songs that Lance Armstrong and Julius Malema take a beating. Fascinating Aida is a perfect mix of daffy comedy with a lovely rich British sense of irony, softened by a few songs of poignant self-discovery. One of the loudest bursts of applause came for Dillie’s song about childhood, with moving words that you’re still mulling over when the crazy tomfoolery begins again.

They take the piss out of themselves, out of the younger generation, out of politicians and practically everything else, really.

Dillie has a stern, no-nonsense look about her, which makes it doubly hilarious when she primly introduces a song about shagging in the back seat of a car. The fast-paced lyrics are wonderfully witty, totally whacky, and pretty damn dirty too. What makes it all even funnier is who it’s coming from. These women may look like your mother, but they’re as wild as your teenage kids, with the scary benefit of experience. “We’ve got to the stage where people applaud us just for being alive,” Dillie says.

Then there’s a lovely spoof of Cabaret, with the women flailing about on chairs and gutturally insisting it doesn’t much matter what you sing, as long as you do it in German. Their song about the pitfalls of budget travel, “Cheap Flights”, has deservedly received 10 million hits on YouTube.

There’s a great rapport between the trio and the audience, with all the songs spun together by infectious and quick-witted banter. A new song about how to write a bestselling novel is fabulously funny, as it sends up snowy Scandinavian crime thrillers and penetrates Fifty Shades of Grey, delivering a punch line that had every woman applauding.

I could watch it all again tomorrow. DM

Fascinating Aida runs at Montecasino Theatre until January 27, then moves to Cape Town’s Theatre on the Bay from January 29 to February 16. All bookings can be made at Computicket (011) 511 1818 or online www.computicket.com.