Soccer: The Africa Cup of Nations for dummies 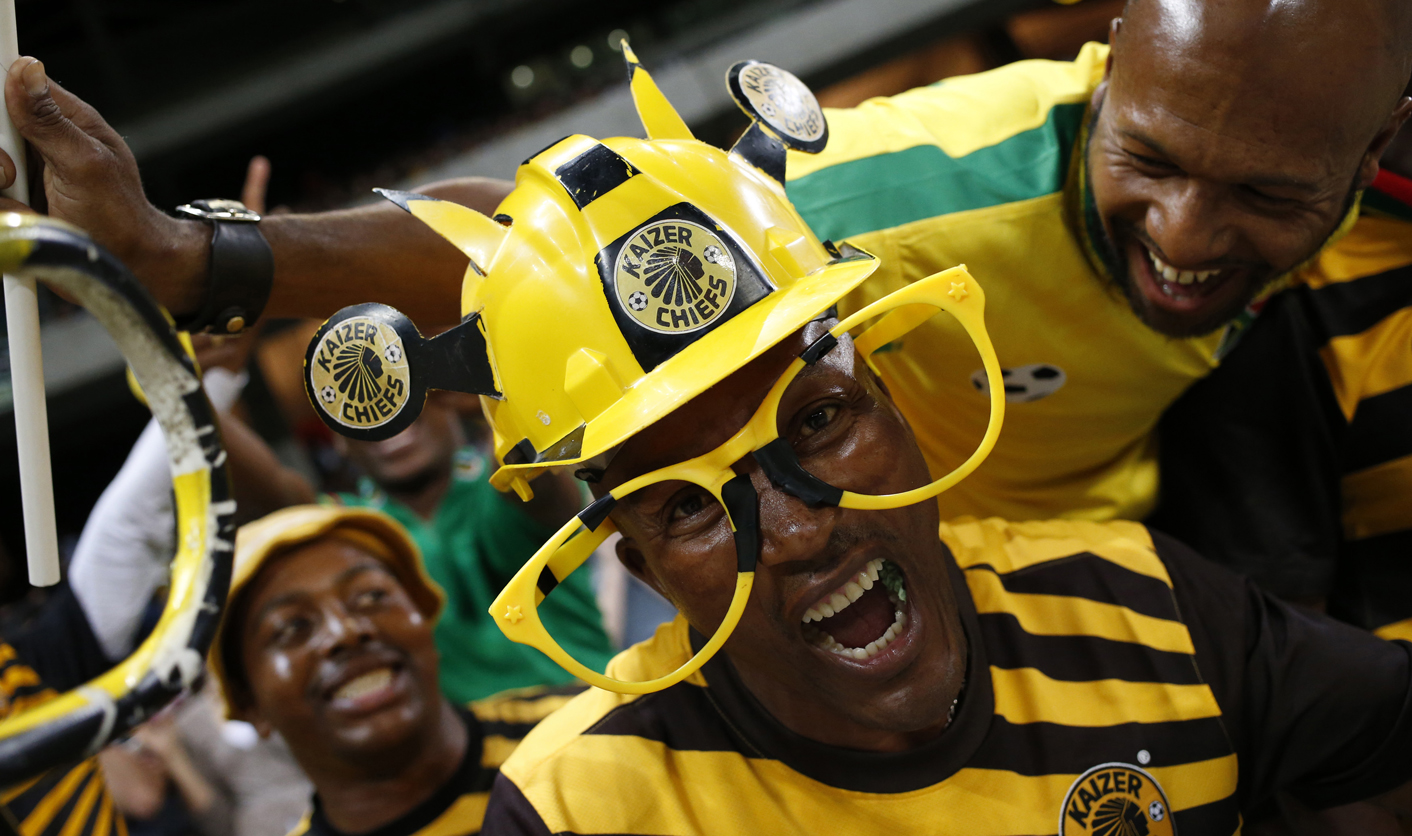 Ke nako, everybody. Well, almost. Get your yellow jerseys out for Football Fridays and throw your soul at a team who will only disappoint you. Just to make sure you’re in the groove with your footballing culture, ANT SIMS has put together a straight-forward guide to help you with those water-cooler discussions.

Ask any average person on the street if they’re aware that a continental football showpiece is about to kick off in South Africa in just a few days, and chances are at least a few of them will raise their eyebrows and tell you to stop talking like a crazy person.

But, no, nobody is crazy. It’s time to start shouting “Ke Nako” again, albeit on a much smaller scale, with a whole lot less hype. It’s all still packaged very prettily by the marketing people, too. “The Beat at Africa’s Feet”, the slogan goes, and Benni McCarthy has even released a song to help inspire Bafana Bafana.  Takuma is the mascot and nobody is complaining about Jabulani’s bounce; the ball is called Katlego.

Trust us, all this information is an integral part of the culture of football – the game stretches far beyond who is scoring on the pitch and who isn’t. Tamuka is important because he was designed by a 13-year-old kid, Tumelo Nkoana, from Dikgorwaneng Primary School in Hammanskraal. It’s a nice little touch by the Department of Sport and Recreation for a tournament which could really do with every little bit of help it can get.

For those who want a little bit more insight, worry not. Before we get to the important stuff, though, you’ll need to know that the tournament is divided into four groups. The winners and the runners-up of their respective groups will progress to the next round, the quarter finals, and the rest of it will follow the usual tournament structure of semi-finals and a final, which nobody will really watch. It all kicks off on Saturday, 19 January 2013, when South Africa takes on Cape Verde.

Meet the champs of Zambia, or Chipolopolo, if you can get your tongue around that. Chipolopolo translates to “The Copper Bullets”.  Zambia as title holder is important because its rise to the top of African football really was an endearing one, and everybody knows that even if there’s no money in African football, being overwhelmed with emotion is a close second. (For the fans, anyway.)

At the start of last year’s showpiece, Zambia had little to no chance, and had just appointed a new coach, to boot a Frenchman Hervé Renard (Google him, ladies). But against all odds, Zambia went on to win the tournament, beating the Ivory Coast on penalties in the final.

What’s more, the final was played in Gabon, and while that might not have any meaning to those who have no interest in football, the victory was magical because Gabon is the location of the 1993 air crash disaster which was carrying the Zambian team to Senegal for a 1994 World Cup qualification. The aircraft crashed, killing all 30 passengers, including 18 players and a number of coaches. If that doesn’t move you, you are probably don’t like Disney movies either.

South Africa is a huge tournament favourite. No, we’re just kidding. Ghana and Ivory Coast are two of the biggest title contenders. Ghana’s team, also known as the Black Stars, has a massive group of talent available – guys who play in top leagues all around the world. And despite the absence of Michael Essien, Sulley Muntari and Andre Ayew, it’s still a pretty impressive bunch.

Even those with a passing interest in soccer will remember Ghana in the 2010 World Cup, with that handball from He Who Shall Not Be Named – you know, the incident that broke African hearts and saw the continent unite in outrage about a little man who bragged about cheating.

Ivory Coast, meanwhile, has so long failed to live up to its potential in big tournaments that if this were cricket, it would be the Proteas. Côte d’Ivoire has won the tournament once before, beating Ghana in the final back in 1992, and they are the big favourites at the bookmakers – with odds of 7/4 for clinching the honours.

We’ll keep this simple: Didier Drogba is a household name in African football, and despite having scored 50 goals for his country, Afcon is one of the few trophies he has never won. The former Chelsea man is quite good with this soccer stuff, although some of his teammates have hinted that this tournament might be his last before he calls it a day.

Emmanuel Adebyaor is another one to watch out for, and he nearly didn’t play in the tournament. He had taken a break from international football after the Togo team bus was attacked in 2010 with the team on their way to the African Cup of Nations in Angola. All the players survived, but three other people were killed, and Togo pulled out of the tournament. The Tottenham Hotspurs striker, however, returned to international football in November 2011, and even scored a couple of goals to help them qualify for this edition. He then threw a bit of a strop over unpaid bonuses last year and pulled out of the 2013 edition, but everybody kissed and made up a few weeks before the tournament, and all is well in the Togo team once more.

Itumeleng Khune is a great goalkeeper. His distribution is impeccable and he flies around the goal mouth like a puppet on a string. He has single-handedly (no pun intended) saved South Africa from some serious embarrassment in the past. The best part? He wasn’t even meant to be a goalkeeper.  When he was just a wee lad of 12, the shot stopper went for trials with Kaizer Chiefs and played as a defender. He started to develop chest problems, though, and was demoted to being a ball boy. During one trial, he was standing beside the goal post and, not being one to do anything in an ordinary way, the youngster weaved and dive, stopping balls in a fashion that’s not quite normal for ball boys. The youth coach spotted him and thought he had something going – and that’s the story of how Khune became a goalkeeper.

The coach of South Africa

Gordon Igesund is at the helm of South Africa’s team, and he is a bit of a legend on the domestic circuit.  He’s the only man to coach four different top-flight teams to the Premier Soccer League title and the only man who doesn’t seem to care about the fact that his side can’t finish or score goals, even if those are the things which win you games. He’s also under some pressure. When he took over the reins last year, he was given a mandate from Safa which states that he has to take his team of lacklustre underperformers to at least the semi-finals of Afcon. A wing and a prayer, please.

They’re excellent, outstanding; as host nation with the whole country behind them…no, no. Sorry. They don’t have much of a chance. Unless a certain company who outsources referees…no, wait, we won’t go there. You’re not allowed to say any of that out loud, though. You must instead support the team and believe that they are constantly getting better even if they cannot find the back of the net and even if they go out in the first round. Remember to wave your vuvuzela passionately, while singing Shosholoza.

We can’t believe they’re not playing

The biggest and most notable missing link in this year’s tournament is Egypt. The seven-time Afcon winners were eliminated when they lost 4-3 on aggregate to Central African Republic during the qualifiers, after managing only a 1-1 draw after a  3-2 defeat in the home leg during the earlier stages of qualification.

Cameroon also misses out, having been stunned by the little nation of Cape Verde. The island side had beaten the Lions 2-0 in the first leg, which saw them through, despite Cameroon winning the second leg 2-1 on home turf. It’s perhaps not that much of a surprise, though, as they failed to qualify for the previous edition, too. But the four-time winners will certainly be missed. DM