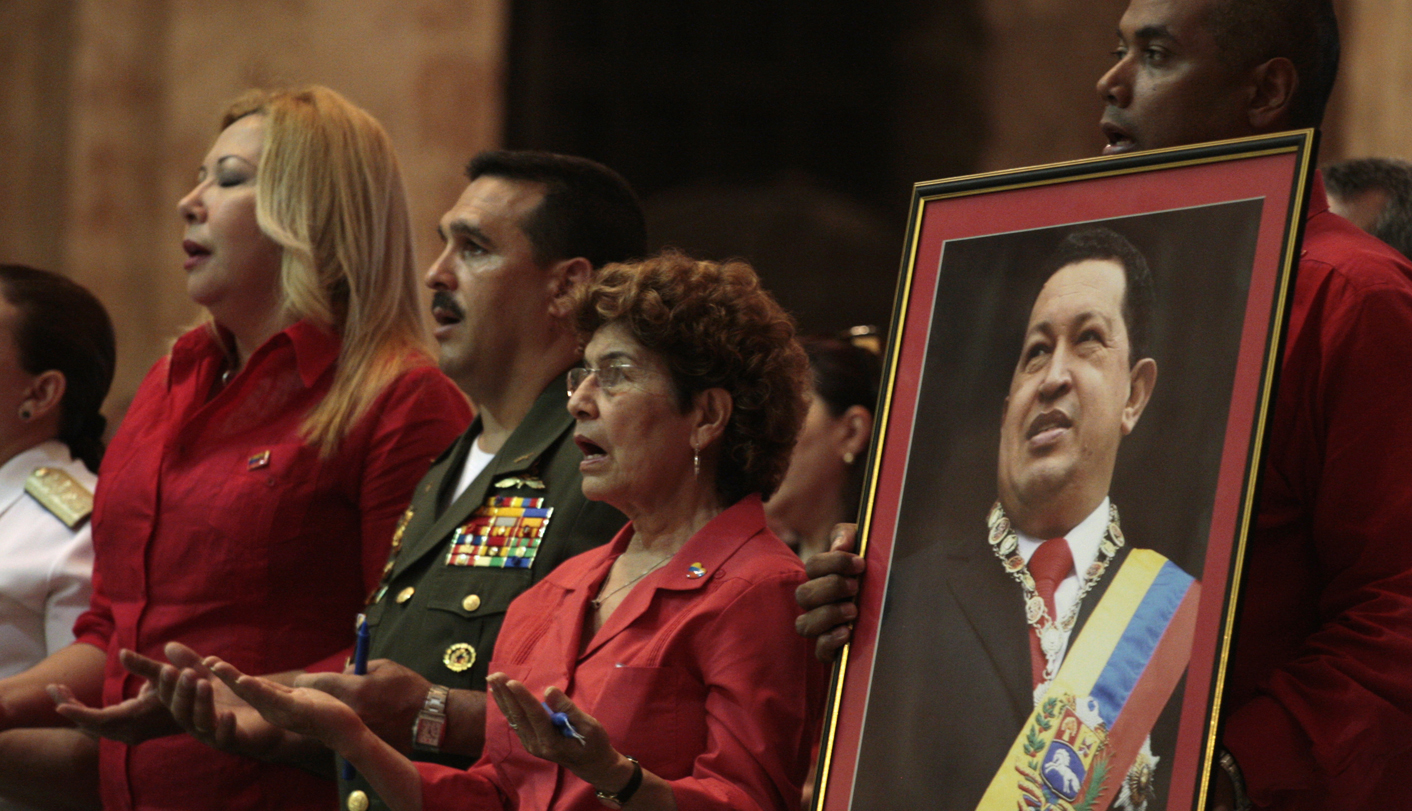 You would never guess that one of the world's most famous heads of state, Venezuelan president and self-proclaimed revolutionary Hugo Chavez, is battling cancer at Havana's Center for Medical-Surgical Research (CIMEQ). By Marc Frank.

At the weekend there was no visible increase in security at the hospital’s main entrance, where guards in olive green uniforms checked the comings and goings of visitors and waved on dallying reporters.

The sprawling, three story complex that is run by the Cuban Interior Ministry is located in leafy Siboney, one of the country’s most exclusive neighborhoods on the western edge of the Cuban capital, and just minutes from the home of Fidel Castro.

It has been a month since the once feisty and now cancer-stricken Chavez, leader of one of the world’s biggest oil producing nations, was operated on for a fourth time at the hospital. This time around, there have been no glowing reports of recovery.

CIMEQ’s best known patient, Fidel Castro, 86, has been treated there since 2006 when he was operated on for intestinal bleeding, forcing him to cede power to his brother Raul Castro.

Ironically Chavez, who often visited the man he refers to as his mentor during Castro’s ordeal, has now become CIMEQ’s second best known patient. In a dramatic reversal of fate, it is Fidel Castro who has been repeatedly at the 58-year-old Venezuelan president’s bedside, beginning with his first operation in 2011.

Hazy Venezuelan government communiques speak of unexpected bleeding during Chavez’s most recent surgery and a lung infection that has kept the 58-year-old Chavez in a “stable” but “delicate” state since mid-December.

There has not been a word, nor even a tweet from the usually vociferous Chavez. His Twitter account, with almost 4 million followers, went silent after Nov. 1.

Meanwhile, Chavez’s family has been holding vigil in Havana, as other Venezuelan leaders and various Latin American heads of state come and go in a show of support. The presidents of Argentina and Peru visited over the weekend.

What the operation involved, and even the type of cancer attacking Chavez and its exact location, are considered state secrets.

CIMEQ, according to various Cuban doctors and nurses, is the Caribbean island’s finest medical facility, boasting up to date equipment and pharmaceuticals and with the authority to call in the country’s top specialists and support staff from other hospitals, as has been done in Chavez’s case.

“CIMEQ exists in the 21st century and is the equal to some of the best facilities in the world, while the rest of the country’s hospitals remain at 20th century levels,” said one local doctor who requested her name be withheld.

“There are no shortages of supplies and medicines and the food is great,” she added.

In a land where complaints are common, it is hard to find anyone with a bad word to say about the place, except that it is reserved exclusively for the elite.

“Unfortunately, I lost my father to cancer at CIMEQ less than a year ago,” said 47- year-old Agust√≠n Daniel.

“He was treated for years at CIMEQ and the care was exquisite. He died because cancer kills and sometimes there is no solution,” the self-employed interior decorator said.

CIMEQ also boasts a wing for foreigners willing to pay for their care, as well as special VIP facilities for Cuba’s top leaders and important figures from other lands.

“Distinguished personalities from the arts, sciences and politics from all over the world have received attention in its modern and efficient installations,” the hospital’s Web Page (www.cimeq.org)states.

Little is known about the hospital’s VIP accommodations, where Chavez is being treated, except that they are equipped with the latest technology and that those who work there are often sequestered for periods of time. Like all CIMEQ staff, they are sworn to secrecy at the risk of losing their licenses and criminal prosecution.

“The VIPs are treated on the third floor which is off limits to most staff even if they work for the Interior Ministry and wear uniforms under their white coats,” a doctor who has worked at CIMEQ said.

“The elevators to the third floor have guards and if the patient goes outside part of the grounds are closed off,” he said, adding, “no one knows what goes on up there.” DM

Photo: A Venezuelan man holds a picture of Venezuela’s President Hugo Chavez during a mass to pray for his recovery at a church in Havana January 12, 2013. REUTERS/STRINGER