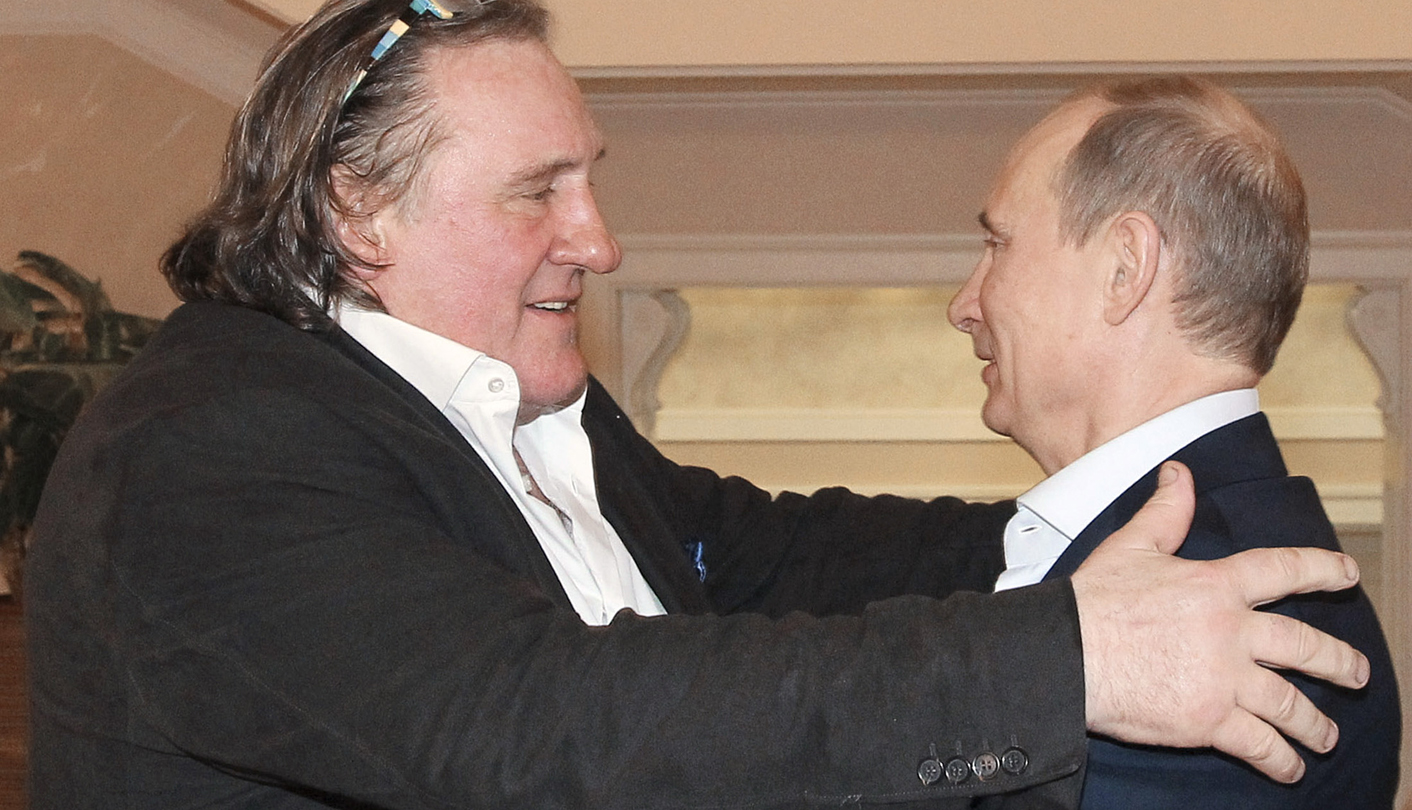 Depardieu, who has been accused in France of abandoning his homeland to avoid a proposed 75 percent tax for millionaires, told the state-run Rossiya-24 television that Putin personified Russia’s complex and fascinating national character.

“I like this man very much, he is a very powerful political activist. He has political wisdom,” the 63-year-old star of “Cyrano de Bergerac” and “Green Card” said in comments aired late on Sunday, according to the channel’s Russian translation.

The translation was dubbed over the original French, which Rossiya-24 said would not immediately be made available.

Depardieu, who is also due in court to answer charges of crashing his scooter in Paris with more than three times the legal alcohol limit in his blood, said Putin had admitted to liking his “hooligan essence” when the two met in the Russian resort of Sochi last week.

Putin’s opponents accuse him of cracking down on dissent since his return to the presidency for a six-year third term last May. The European Union and the United States have also expressed concern that Moscow is rolling back democratic freedoms.

“The Russian opposition has no programme, nothing. There are very smart people there, like (former world chess champion Garry) Kasparov, but what works well for chess is completely unsuited to politics,” Depardieu said.

Putin’s critics have failed to make inroads into his grip on power in over a year of protests sparked by accusations of widespread fraud in parliamentary elections in December 2011, and the presidential vote last March.

The protest movement has gradually lost steam, though tens of thousands of people marched through Moscow on Sunday to protest against a Kremlin-backed law that bans Americans from adopting Russian children.

After the protest, leftist opposition leader Sergei Udaltsov was quoted as inviting Depardieu to take part in the next anti-Putin rallies, given his interest in Russian politics.

Putin says he has developed a friendly personal relationship with Depardieu, a popular figure in Russia, where he has appeared in many advertising campaigns, including for ketchup. DM