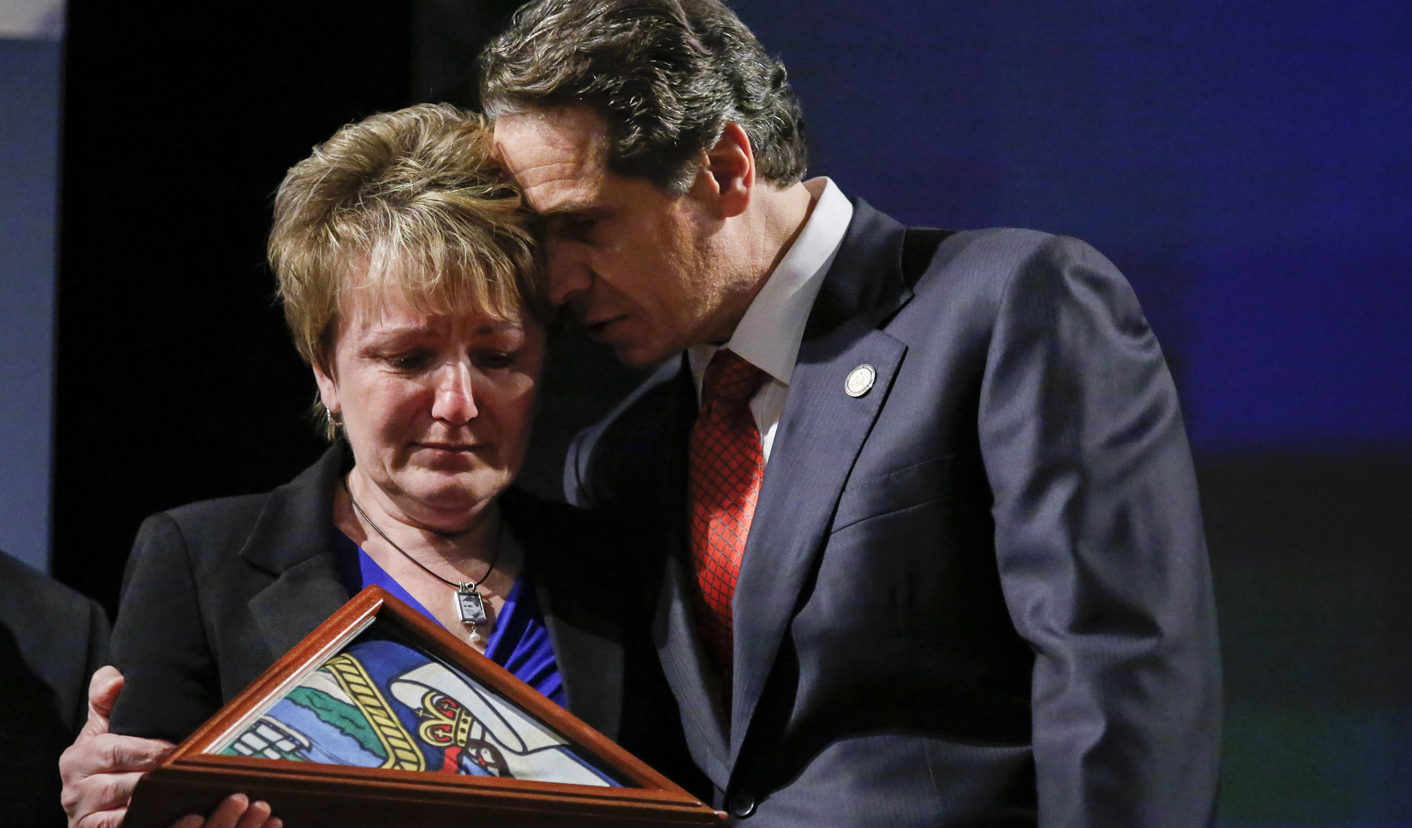 New York Governor Andrew Cuomo pledged to enact the strictest assault weapons ban in the United States and outlaw all high-capacity magazines in one of the first state-level reactions to the massacre of school children in Connecticut.

“Gun violence has been on a rampage as we know firsthand and we know painfully,” Cuomo said on Wednesday in his annual State of the State address, in which he committed New York to leading the country in enacting new gun control laws. “We must stop the madness, my friends. And in one word it’s just enough. It has been enough.”

In neighboring Connecticut, Governor Dannel Malloy in his State of the State address urged U.S. lawmakers to tighten federal gun control measures in response to the shooting of 20 children and six adults at Connecticut’s Sandy Hook Elementary School on December 14.

“As long as weapons continue to travel up and down (interstate highway) I-95, what is available for sale in Florida or Virginia can have devastating consequences here in Connecticut,” said Malloy, who paused and fought back tears, his voice cracking, when discussing the tragedy at Sandy Hook.

As the governors spoke, Vice President Joe Biden said the White House planned to act quickly to curb gun violence and would explore all avenues including executive orders that would not require congressional approval.

New York and Connecticut already have among the toughest gun control laws in the country, but Cuomo has complained New York’s ban on assault weapons, for example, is so full of loopholes that it is unenforceable.

The law bans magazines with a capacity greater than 10 rounds but exempts magazines produced before 1994. Cuomo said it was virtually impossible to determine whether any magazine was made before or after that date, so he proposed eliminating large capacity magazines regardless of date of manufacture.

“Nobody needs 10 bullets to kill a deer. End the madness now,” Cuomo said to a rousing ovation in the state capital Albany before state legislators, appointed officials, state employees and invited guests.

He also proposed requiring background checks for private sales of guns such as those taking place at gun shows; keeping guns from mentally ill people; and banning direct internet sales of ammunition in New York.

The Democratic governor is popular – a Quinnipiac poll last month showed him with an approval rating of 74 percent – and the Democrats control the state assembly, but Republicans hold a majority in the state senate and gun control is less popular in rural upstate New York than in New York City. DM