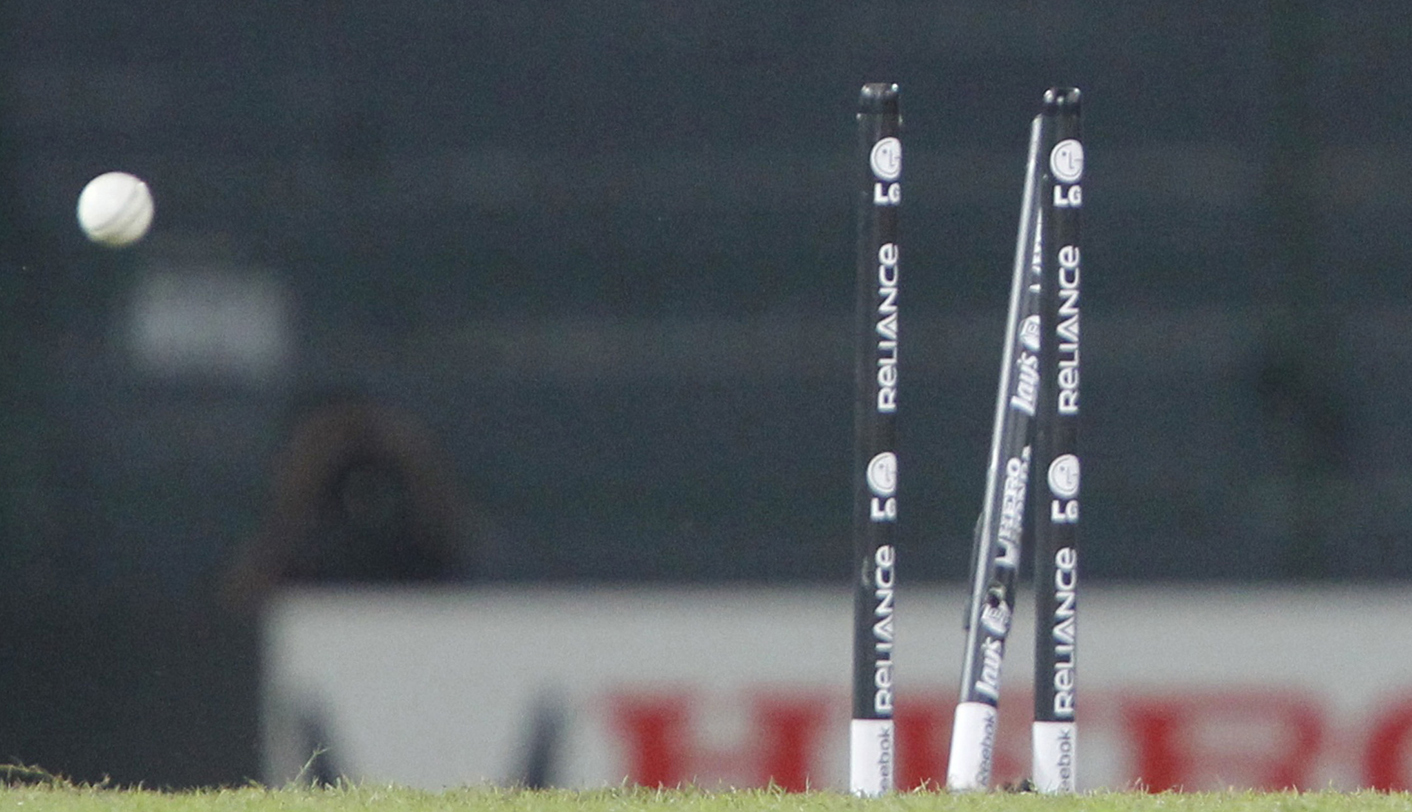 It appears the administrators on Cricket South Africa’s board have been involved in the wrong sport all these years. Given how capable they are of back-flipping and their Olympian ability to bend over backwards to get a place at the gravy-train feeding trough, gymnastics would seem to be a much better option for them. By KEN BORLAND.

Wednesday’s special general meeting in Johannesburg saw them agree to comply with the view of the South African Sports Confederation and Olympic Committee (Sascoc) that sport should be run by “sportspeople”. Or, to put it in plainer English, by amateur administrators who have thus far generally shown more talent for feasting on the gravy train than for delivering excellence on the field.

Despite cricket now being a multi-million rand enterprise in which administrators are expected to understand the complexities of corporate law as well as broadcasting rights, player contracts and the marketing of the game, CSA’s restructured board will once again be dominated by non-independent directors, voted in by the provinces, in direct contradiction of the recommendations made by the Nicholson Inquiry after the ruling body had mired itself in all sorts of trouble and humiliation due to poor governance, led by the shenanigans of its CEO, Gerald Majola.

Sascoc says amateurs running the game is the way to go, despite its own appalling record in terms of delivering sporting success, and the amateurs sitting on the CSA board have agreed, marking a 180-degree flip from their assurances last year that they would follow the recommendations of Judge Chris Nicholson, thus restoring public and sponsor confidence.

“The president will have ultimate authority, without question, as recommended by King III and Sascoc is adamant about that as well. The independent, lead director is appointed in case there is conflict between the president and the board.

“Of course we are not entirely happy with this, our goal was to have a 5-5 split of directors, but as a member of Sascoc we have to fulfil their criteria and they are very clear about that,” acting CSA president Willie Basson said after the meeting at OR Tambo International Airport.

But for those who are dismayed that the non-independent, amateur brigade will still be in the majority on the CSA board, it gets worse.

CSA’s press release on the outcomes of the meeting says: “After a period of 18 months the board will be increased to comprise seven independent members and nine geopolitical non-independent representatives”.

Board meetings will now be as crowded as a Cape Town beach at the end of the year and Nicholson’s suggestion that the administration be streamlined and headed by captains of industry and the best legal and marketing minds has been thrown out of the window.

Sascoc is also now forcing CSA to follow its dysfunctional model of everyone and their cousin getting seats on the gravy train. Instead of concentrating on delivering results, Sascoc has a history of administrators going to town and enjoying the new riches and prestige being involved in sport offers in the age of professionalism.

Sascoc’s model also stipulates that all nine of the country’s provinces must have seats at the top table, meaning the likes of Mpumalanga and Limpopo will have the same say as the six professional franchises.

Fortunately for their own sanity, Basson and gatvol acting chief executive Jacques Faul will no longer be around to preside over this bloated administration as both will step down at the AGM now scheduled for 2 February.

There had been suggestions that Basson would not even get to chair Wednesday’s meeting after allegations surfaced that he had been involved in chemical warfare projects during the Apartheid era.

But the transformation guru had his explanation down pat and the board have agreed that he will continue to act as president until the AGM.

“I will carry on until the AGM having explained myself for the umpteenth time to the board and they accepted my explanation. It’s very simple: I had been involved for two years in the 1980s with the defensive side of chemical research and since just before 1994 in exactly the same area for the present government structures,” Basson said.

Convenor of selectors Andrew Hudson was another who agreed (as if he had a choice!) to chat to the board on Wednesday, with the selectors’ handling of wicketkeeper Thami Tsolekile being the key issue.

While many would wish for a specialist gloveman and useful batsman being in the Test team to lessen the load on AB de Villiers, Hudson apparently explained that De Villiers was more valuable to the team playing as a wicketkeeper/batsman.

The push for better Black African representation in the national team is only going to get stronger, though, and Basson said his board wanted the situation to improve.

“The target at the moment is four blacks [players of colour] for franchise and national teams, but a stipulation for Black Africans will be coming as part of the strategy of the transformation committee,” Basson said.

A Black African member of the national selection panel is also a firm possibility.

Basson acknowledged that more needed to be done to ensure a greater number of Black Africans were featuring in top-class cricket, but he said this had to be part of “a natural, bottom-upwards process”.

“Transformation at school and club level is far advanced – more than 60% of players are black at those levels. Transformation is still in progress at national level, and our efforts have been recognised by the minister of sport.

“But we’re now looking at three levels of transformation because they all have different requirements – national teams, franchises and schools and clubs. A pipeline needs to flow in a natural, bottom-upwards process,” Basson explained.

While Hudson must have left the airport in sheepish fashion, the gall of the CSA board remains untouched.

How dare it ignore the findings of a judge appointed by the sports minister?

The answer is simple: Sascoc, not wanting its own chaotic, amateurish administration to be shown up by a professionally-run major sport, have suppressed chances of progress in cricket safe in the knowledge that it is politically in the right camp after Mangaung.

Sports Minister Fikile Mbalula, who has tirelessly pushed for change in cricket, is however surely on the way out after taking on President Jacob Zuma’s camp and losing.

The lil’ men with big appetites on the CSA board know that in a short while, nobody will be watching them anymore and they can return to the life of luxury they enjoyed in the Majola days. DM