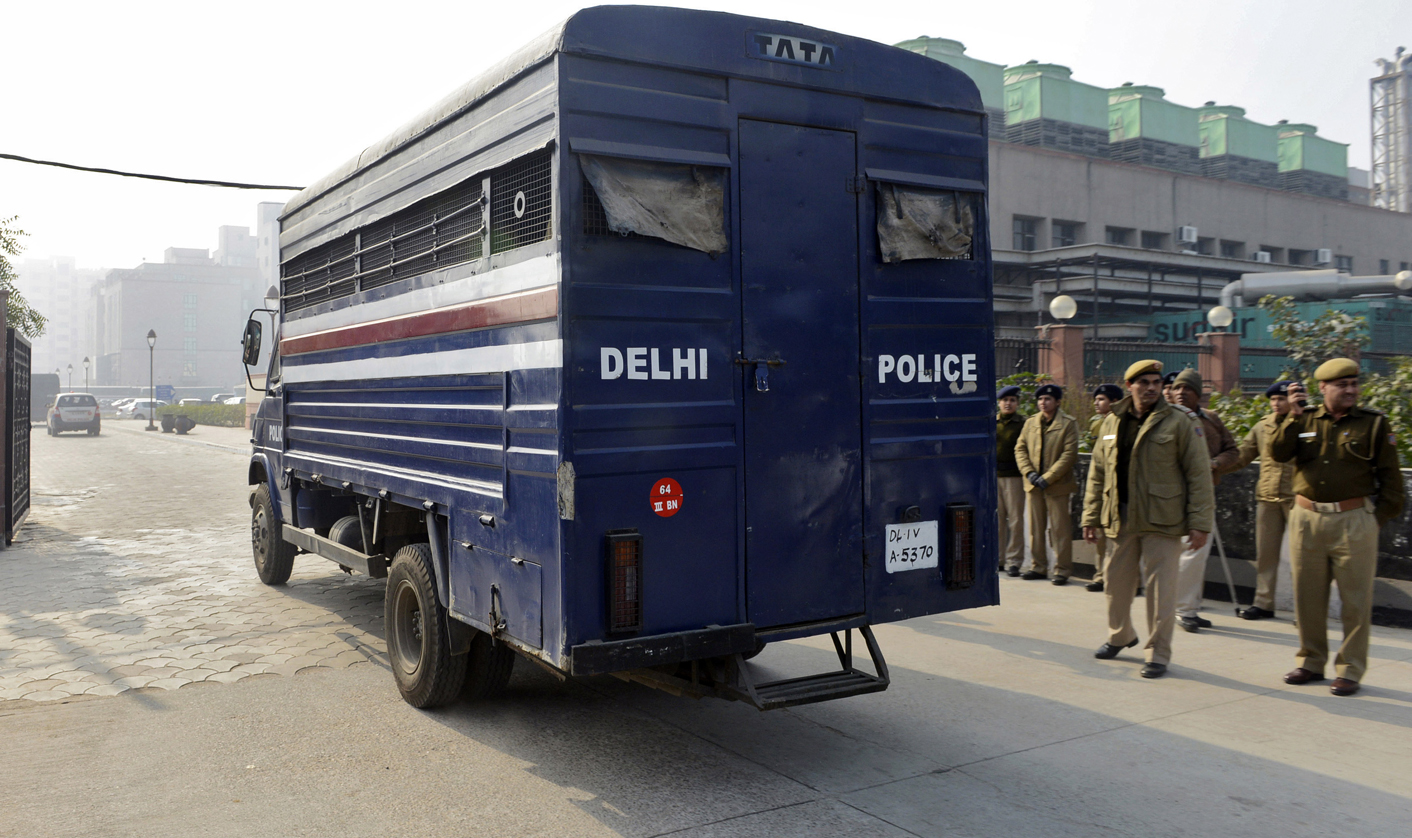 Five men accused of raping and murdering an Indian student were read the charges in a near-empty courtroom on Monday after the judge cleared out lawyers for bickering over whether the men deserved a defence. By Annie Banerji and Suchitra Mohanty.

The 23-year-old physiotherapy student died two weeks after being gang-raped and beaten on a moving bus in New Delhi, then thrown bleeding onto the street. Protests followed, along with a fierce public debate over police failure to stem rampant violence against women.

With popular anger simmering against the five men and a teenager accused in the case, most lawyers in the district where the trial will be held refuse to represent them.

Before the men arrived for a pre-trial hearing on Monday, heckling broke out in a chamber packed with jostling lawyers, journalists and members of the public after two of the lawyers, Manohar Lal Sharma and V. K. Anand, offered to defend the men.

“We are living in a modern society,” declared Lal Sharma, defending his decision. “We all are educated. Every accused, including those in brutal offences like this, has the legal right … to defend themselves.”

One woman lawyer prodded V. K. Anand in the chest, saying: “I’ll see how you can represent the accused.”

Unable to restore order, presiding magistrate Namrita Aggarwal ordered everyone to leave except the prosecution, and set police to guard the entrance.

She said the trial would now be held behind closed doors because of the sensitivity of the case.

Reuters video images showed the men stepping out of a blue police van that brought them from Tihar jail and walking, their faces covered, through a metal detector into the South Delhi court building.

The court was across the street from the cinema where the victim watched a film before she was attacked on her way home.

Aggarwal gave the men copies of the charges, which include murder, rape and abduction, a prosecutor in the case told Reuters.

Police have conducted extensive interrogations and say they have recorded confessions, even though the men have no lawyers.

If the men, most of them from a slum neighbourhood, cannot arrange a defence, the court will offer them legal aid before the trial begins.

Two of them, Vinay Sharma and Pawan Gupta, have offered to give evidence against the others – Mukesh Kumar, Ram Singh and Akshay Thakura – possibly in return for a lighter sentence.

Mohan, describing what he called a heinous crime, said: “The five accused persons deserve not less than the death penalty.”

The case has sharpened long-standing anger against the government and police for a perceived failure to protect women.

A male friend who was assaulted with the woman on Dec. 16 said on Friday that passers-by left her unclothed and bleeding in the street for almost an hour and that, when police arrived, they spent a long time arguing about where to take them.

The woman lived for two weeks after her attack, dying in a Singapore hospital where she had been taken for treatment.

Aggarwal said the next hearing would be on Jan. 10. The case is due to move later to another, fast-track court set up since the woman was attacked to help reduce a backlog of sex crime cases in Delhi.

Legal experts say the lack of representation for the five men may give grounds for appeal if they are found guilty. Convictions in similar cases have often been overturned years later.

Some legal experts have also warned that previous attempts to fast-track justice in India in some cases led to imperfect convictions that were later challenged.

The sixth member of the group alleged to have lured the student and a male friend into the private bus is under 18 and will be tried in a separate juvenile court.

The government is aiming to lower the age at which teenagers can be tried as adults, acknowledging public anger that the boy will face a maximum three-year sentence.

The victim was identified by a British newspaper at the weekend but Reuters has opted not to name her.

Indian law generally prohibits the identification of victims of sex crimes. The law is intended to protect victims’ privacy and keep them out of the glare of media in a country where the social stigma associated with rape can be devastating.

The dead woman’s father repeated on Monday that he wanted her identified and said he would be happy to release a photograph of her.

“We don’t want to hide her identity. There is no reason for that. The only condition is it should not be misused,” he told Reuters.

He said he was confident the trial would be quick and reiterated a call that the perpetrators be hanged. DM