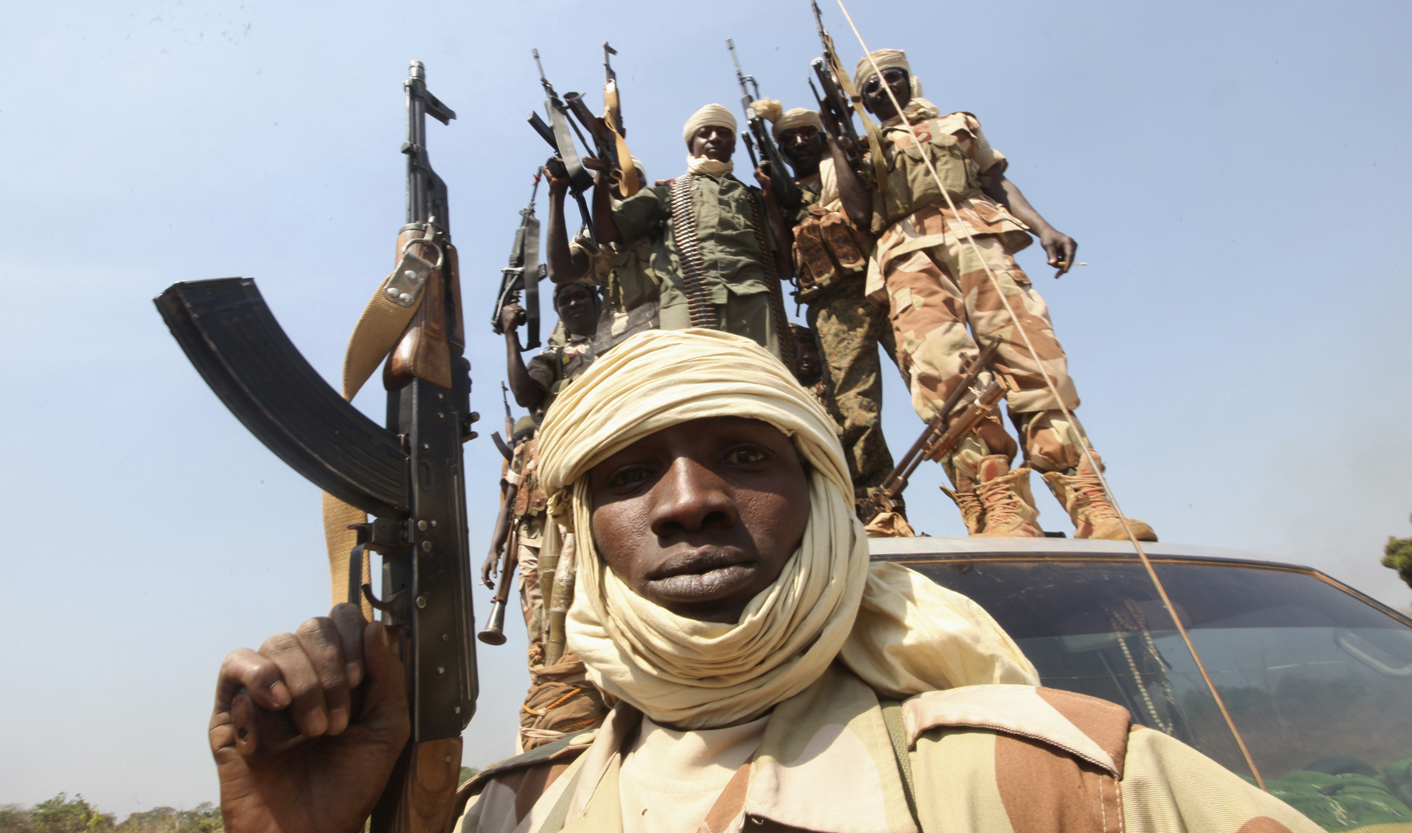 The Central African Republic doesn’t get a lot of attention in the international or even continental media. This is changing, which is not good news for its long-suffering citizens who would probably prefer the obscurity to the current reports on the rebellion that is swiftly turning into a civil war . South Africans too should be worried, as we’re sending in 400 soldiers to help deal with the problem. By SIMON ALLISON.

You don’t know much about the Central African Republic (CAR). Don’t beat yourself up about this: few people do, and fewer care about what happens in one of Africa’s most isolated and neglected countries. It says something about its importance in the world that some of the most enlightening CAR-centred journalism in recent years comes courtesy of a slightly mad Dane impersonating a Liberian ambassador, and his two pygmy assistants.

Here at the Daily Maverick, we’ve also failed to give CAR the attention that is its due. Of the more than 400 Africa-focused articles we have published over the last 18 months, not many have mentioned President Francois Bozize and his corrupt cronies, while we’ve pretty much ignored the country’s vast uranium and mineral deposits and its strange, unsettling relationships with neighbouring Chad and coloniser France.

There are decent reasons for this gap. Firstly, it’s very difficult to get news from CAR; it’s expensive to work in and not particularly friendly to journalists. Secondly, no news, after all, is good news, and the last couple of years have been a period of relative, albeit precarious, calm and stability for CAR. (Also in mitigation, there’s a distinct lack of pygmy assistants at the Daily Maverick).

It’s not that the country has prospered – far from it. It remains near the bottom of every governance and quality of life index, a situation which Bozize has done little or nothing to address. Instead, the president has focused his attention on quietly consolidating his power (obtained in a coup, and confirmed in two rigged elections) by surrounding himself with family members and loyal friends from his Gbaya ethnic group.

The problem – and the reason why CAR is finally getting its mostly unwanted star billing in international media – is that Bozize’s consolidation plan hasn’t exactly worked out for him. He might be strong in the capital, Bangui, but head north – towards the borders with Chad and Sudan, traditionally restive territory – and opposition to his autocratic and dysfunctional rule is spilling over into an armed rebellion that might just topple him.

The situation is ominously reminiscent of two of Africa’s worst conflicts in 2012: the unexpected de facto division of Mali into two separate entities, and the re-ignition of violence in the eastern Democratic Republic of Congo. Like in Mali, the CAR rebels attacked under a united front and humiliated government troops, occupying vast swathes of the country in a matter of weeks, including vital trading towns. Like in the DRC, the rebellion was sparked by a mass mutiny of former rebels who had been integrated into the national army, but who had grown unhappy with the terms of that deal.

There has long been trouble in the north, and a number of competing armed groups. Some are little more than bandits, preying on travellers and hiring themselves out to whoever will pay. Others have political grievances, largely stemming from the central government’s indifference to the north. Still others have international connections; CAR’s northern region is home to a number of Chadian rebels, for whom CAR is a useful base to plot against the Chadian president, Idriss DebyItno. What’s unique about the latest uprising, and the reason it has enjoyed such instant military success, is that four of the major armed groups have united under one banner, creating a fighting force that CAR’s army has been unable to cope with alone.

Fortunately for them, the army is not completely alone. There is a 500-strong central African military support force already in the country, which has been bolstered by the arrival of 360 extra troops. Chad, mindful that its own stability is entwined with CAR’s, provided the bulk of this reinforcement; a move which earned Chad the grateful praise of CAR’s President Bozize, who told his country in his new year’s address that his regime’s survival depended on Chad’s involvement. “Without the Chadian army we would no longer be here,” he said. He means this quite literally: in addition to the Chadian reinforcements, Bozize’s personal bodyguard is made up mainly of Chadian soldiers.

As it stands, the situation remains tense and unpredictable. Bozize has the support of Chad, his central African neighbours, and the African Union. Influential countries like Uganda have already pledged to send in more troops if given an African Union mandate, while South Africa condemned the rebel advance in no uncertain terms. . On Sunday, the South African government put their men where their mouth is, promising to deploy 400 troops to the country to support the government, the first contingent of which has already arrived in Bangui. A statement from the presidency said the deployment was part of South Africa’s efforts “to bring about peace and stability in the region”.

The rebels, however, have the upper hand on the ground; they are occupying the territory and seem to enjoy a military superiority. For now, they’ve halted their advance at the town of Sibut, which is within striking distance of Bangui, and say they are ready for peace talks. But their terms are unlikely to be acceptable to Bozize – the rebels want him to quit office – and the temporary suspension of their advance towards Bangui, in anticipation of talks, has not stopped them from advancing in other directions, all the while strengthening their hand.

The talks are scheduled to be held in Libreville, Gabon, on Thursday 10 January.

As 2013 continues, expect to hear and read more than ever before about the Central African Republic and its dysfunctional politics. But don’t expect the attention to improve anything for the country’s long-suffering citizens, who might prefer their country’s relative obscurity to more reports on rebellions, civil wars and instability. DM

Photo: Soldiers from the Chadian contingent of the Central African Multinational Force (FOMAC) hold up their weapons in Damara, about 75 km (46 miles) north of Bangui January 2, 2013. REUTERS/Luc Gnago