Sports year in review: The best of the rest 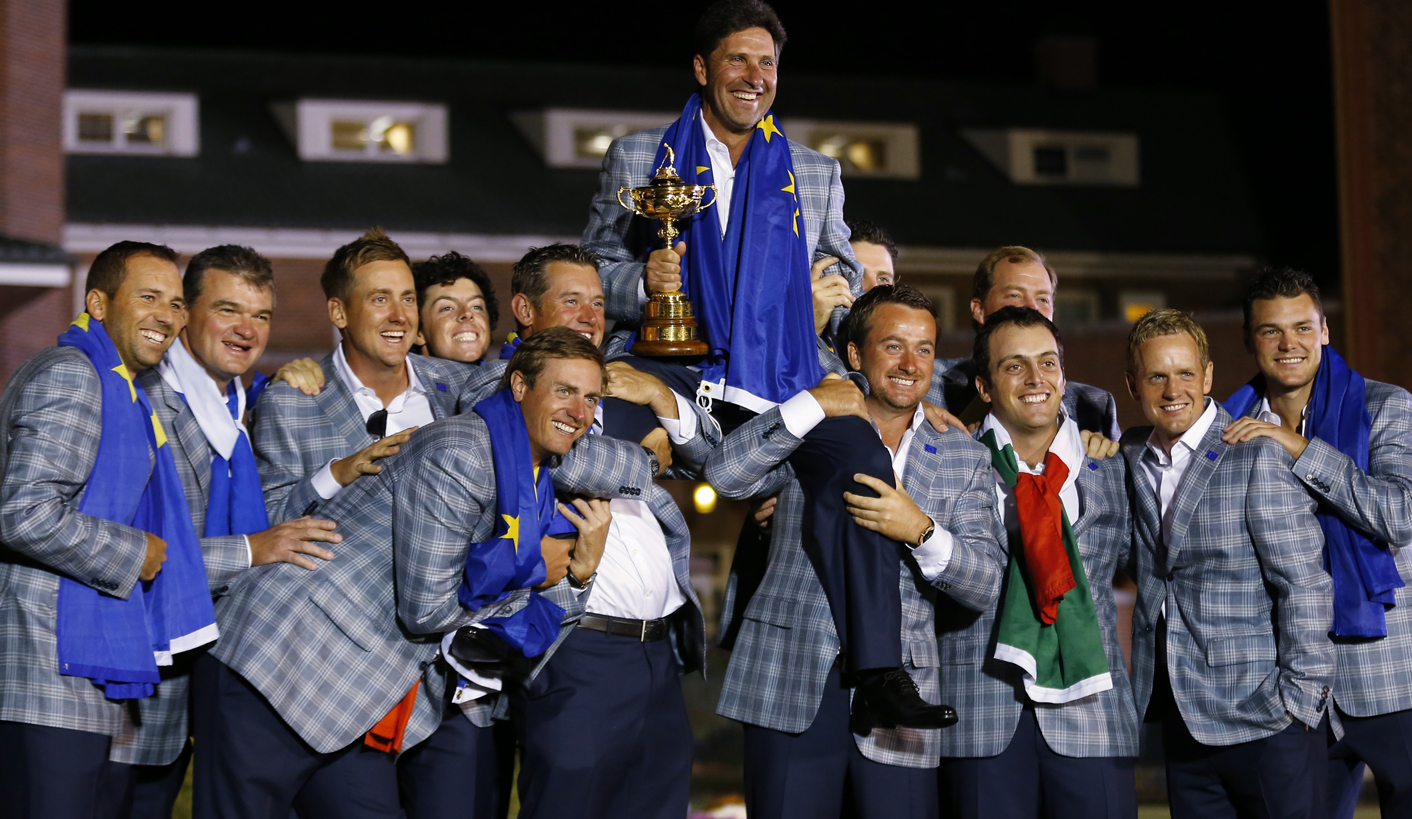 In men’s tennis the spoils were shared by the usual suspects and, at last, Andy Murray. For the women, Serena Williams made it a one-horse race. The Big Easy’s Open win was a joy and Sebastian Vettel’s third F1 title race was a nail-biter that went down to the wire. But the year’s crowning glory was undoubtedly Europe’s phenomenal comeback to win the Ryder Cup. By KEN BORLAND.

Ernie Els introduced his own channel on the YouTube website just over a year ago to signal that he is keeping up with the modern age but, even more importantly, the Big Easy showed that he is not a golfing hero of a bygone time when he won the Open Championship in July to provide one of the South African sporting highlights of the year.

Els’s one-shot victory at Royal Lytham was his fourth major title and it came at a time when most observers felt the 43-year-old would not win one of golf’s big four tournaments ever again. Apart from knee injuries and his increasing involvement in charities dealing with autism, which his 10-year-old son Ben suffers from, Els seemed to lack the mental toughness required to clinch victory in the most pressured sporting environment imaginable ever since he triple-bogeyed the 18th hole at Leopard Creek when leading the Alfred Dunhill Championship by two strokes in 2007.

But Els showed wonderful composure on the back nine in the final round at the tight, famous old links course, the same venue where he finished second in 1996 and third in 2001.

When Els finished his round with his fourth birdie on the second nine holes, overnight leader Adam Scott was still three shots ahead, but the Australian suffered a woeful collapse in the next 20 minutes, bogeying the last four holes to give the South African his second Open title.

Shaky putting had been one of the prime reasons why Els had failed to win a major for 10 years and any tournament for two, but this year he turned to a belly putter and Sherylle Calder, the vision specialist who helped both England’s (2003) and South Africa’s (2007) Rugby World Cup-winning teams, for help and it worked.

Back in April, Louis Oosthuizen was chasing his own major title at the Masters in Augusta and, if he had managed to beat Bubba Watson in a playoff, South Africa would have had two major wins in a year for the first time since Gary Player won the Masters and the Open in 1974.

Oosthuizen was actually two ahead with five holes to play, but just failed to weather a tremendous finish by the wacky Watson, who birdied four successive holes from the 13th. That brought him level with the 2010 Open champion and into a playoff.

Watson then had to overcome a wild drive into the trees on the second playoff hole and did it with one of the best shots ever seen at a major, a miraculous snap-hook on to the green that allowed him to save par, while Oosthuizen was short of the green after also finding trouble off the tee.

Oosthuizen would go on to reach the top 10 in the world rankings for the first time as he finished third on the European Tour’s order of merit, winning the Africa and Malaysian opens along the way.

South Africa’s other recent major winner, Charl Schwartzel, would sadly go backwards as he battled a niggling rib muscle injury, before ending the year on a high with overwhelming victories at the Thailand Golf Championship and then the Alfred Dunhill Championship at Leopard Creek.

Hot on their heels was fellow South African Branden Grace, who won four European Tour events in 2012 and also won the Sunshine Tour Order of Merit.

The other major winners were American Webb Simpson in the US Open and Rory McIlroy in the PGA Championship, the young Northern Irishman going on to successfully chase down the world number one ranking as well as winning both the US PGA and European money-lists.

While there is a maze of possibilities when it comes to the winners of golf majors, tennis was once again dominated by Novak Djokovic, Rafael Nadal and Roger Federer on the men’s side, although Andy Murray joined that all-powerful trio when he finally broke his Grand Slam duck by winning the US Open. He also claimed the Olympic gold medal as he ended years of frustration at Wimbledon.

Djokovic beat Nadal to win the Australian Open, which went into the history books as the longest Grand Slam final, the Serbian triumphing 5-7 6-4 6-2 6-7 7-5 in an epic match that lasted five hours, 53 minutes.

Djokovic would go on to end the year as the number one ranked men’s player and win the ITF’s Player of the Year award, but he lost two other Grand Slam finals in 2012 as Nadal claimed a seventh French Open crown and Murray beat him at Flushing Meadow.

Federer, meanwhile, beat Murray in the Wimbledon final to claim his seventh crown at the London grasscourts – nobody has won more.

The women’s tennis circuit was more of a one-horse race as Serena Williams dominated the second half of the year, winning both the Wimbledon and US Open titles and claiming Olympics gold in both the singles and doubles events, with sister Venus.

Victoria Azarenka had begun the year by thrashing Maria Sharapova in the Australian Open final to become the new world number one, but her period of dominance was no more than an illusion as Sharapova completed her career Grand Slam by winning the French Open and regaining the top ranking.

One sportsperson who is clearly most capable of dominating his sport for many years to come is Formula One champion Sebastian Vettel.

The German won five F1 races this year to claim the overall title for the third successive time and, at just 25 years old, he is the youngest racing driver to win three championships.

Vettel did enough in the final race of the season, in the rain in Sao Paulo, to claim the title with a sixth-place finish. But the Red Bull racer had to come from the back of the field to do it and had to wait until Jenson Button beat title challenger Fernando Alonso into second place by two seconds in a thrilling finish to celebrate the overall crown.

But the award for the most exciting sporting event of the year must go to the Ryder Cup golf and Europe’s phenomenal comeback to beat the United States 14 ½ – 13 ½.

But they needed the greatest comeback in Ryder Cup history to do it, winning eight of the 12 singles matches on the final day to rebound from a 4-10 deficit. It all came down to the last two matches, with Martin Kaymer beating Steve Stricker on the final hole and Francesco Molinari halving with Tiger Woods, who bogeyed the 18th.

Victorious European captain José Maria Olazabal said: “To the 12 men of Europe, what you did out there was outstanding. All men die, but not all men live, and you made me feel alive again this week.

“I don’t know how heaven feels, but it must be close to this.” DM