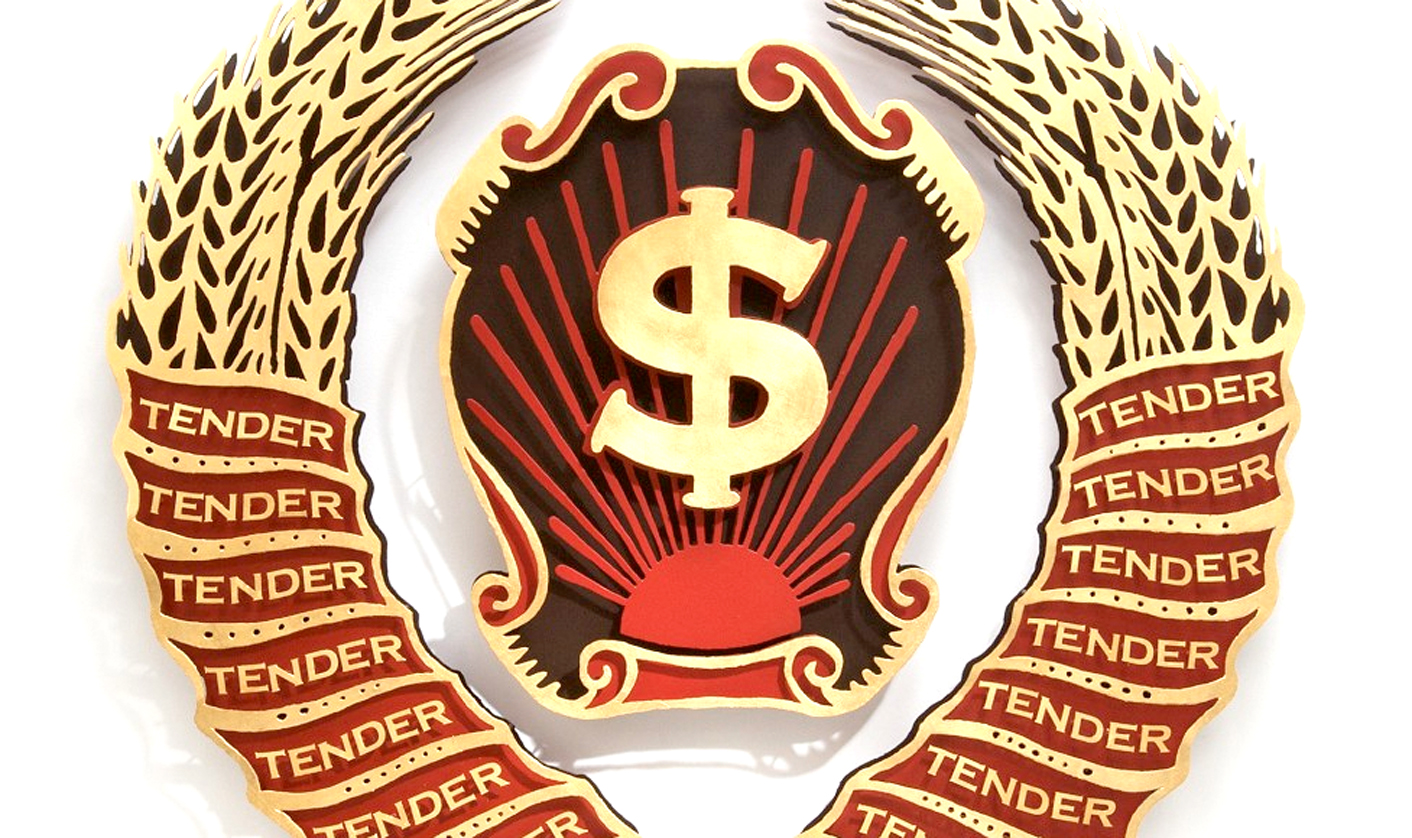 For most South Africans, the words “art” and “2012” will immediately conjure up The Spear. But believe it or not, there was more than Brett Murray to this year’s cultural scene. REBECCA DAVIS asked a number of art and theatre critics to reflect on the highlights – and lowlights – of the year.

Brett Murray’s The Spear arguably occupied more territory in the South African public space this year than any artwork has ever before. The painting’s discussion spanned the best part of a year: the painting went on show in the Goodman Gallery on 10 May 2012 and was defaced on 22 May. But there were still media reports about it as late as October, when the Film and Publication Board opted to declassify the work, and even December, when it was reported that the rapper P Diddy had bought another Murray work from the same collection. (Murray’s response: “I guess I should thank my marketing company, Luthuli House.”)

Then, in September, artist Ayanda Mabulu brought out another painted depiction of Zuma’s genitals, Umshini Wam (Weapon of Mass Destruction), which failed to raise the same controversy as Murray’s painting. This in turn brought out a slew of commentary about why, exactly, the painting hadn’t got under Luthuli House’s skin. By the end of 2012, it’s probably fair to say, most South Africans were sick to the teeth of discussing paintings of the President’s penis.

But in the background, of course, a lot of very good art and theatre went on being produced. None of it received the same amount of media frenzy as The Spear – though performance artist Steven Cohen’s Magog, featuring naked photographs of his family’s domestic worker, Nomsa Dhlamini, caused a bit of a stir. In an attempt to balance the historical record a bit, the Daily Maverick asked five art and theatre experts to tell us what they loved and loathed in 2012. (But we didn’t censor them from mentioning The Spear.)

Chris Thurman, author of At Large: Reviewing the Arts in South Africa

An odd little highlight: Sie Weiss Alles, a two-hander written by James Cairns in which he performed with Taryn Bennet. I saw it at the Festival in Grahamstown but it also had runs in Cape Town and Joburg. Apart from the creative team, there’s nothing obviously “South African” about it – [it is] set in Nazi Germany just before the fall of the Reich, and in a way a standard personal-histories-clash-with-World-History kind of narrative, but told with nuance and humour. [There were] some tangential thematic connections to SA today, especially on questions of complicity and redemption. [It] also reflects in a light-hearted way on actors and critics, their respective foibles, and the “purpose” of theatre. Deflating the artistic/critical ego at the same time as affirming the value of art – which is something we could all do with in the year of The Spear.

Actually, I don’t think The Spear episode was a lowlight – it forced us (whoever that collective “we” is – “the nation”?) to address a whole bunch of issues that were suppressed and simmering just under the surface. Instead, I’ll make my arts and culture lowlight the Nedgroup Investments adverts and their “Emotion writes poetry, reason writes cheques” binary. I had a rant about this in an article earlier in the year, and probably shouldn’t push the point, but to me it speaks to (and reinforces) a broader misperception about arts and artists that, among other things, has an effect on sponsorship and on the potential “economic” value of the arts.

I have a zillion highlights. It was a huge year for SA culture: our artists are going global and there’s a new cultural revolution that feels like 1994. We are taking the global influences we grew up with, remixing them and selling them back to the world.

But I guess this year it’ll have to be The Spear, because I got dragged into that one by my feet after writing the preview that caused all the trouble. It was a highlight because art made the headlines, because the internet kicked down the gallery walls, because artists were forced to take a stand and freedom of expression was a buzz phrase – a good reminder of the power of the artist.

The lowlight was The Spear. Politics crapped all over art; the depth of our cultural debate made me shake my head. Worst of all was the mediated glee when art was destroyed. After that, every time a controversial painting made the headlines it felt to me like the media was thronging around, breathlessly waiting for it to be defaced.

For me, the French-South Africa Season was the cultural event that made me sit up and take notice during 2012. Here is a collaboration between the French and South African governments, with the backing of some of France’s biggest and best private sector companies, which has delivered a broad range of experiences from theatre to dance to cinema to music to literature. It was seriously impressive both in terms of its scope and its thoughtfulness, and – for me – highlights the extraordinary potential of partnerships in the arts. I hope we see more of this sort of stuff in 2013.

Another highlight would be the re-emergence of some very exciting new voices in what I would call “underground” theatre – underground in the sense that these voices are coming not from substantial runs at commercial theatres, but from low-budget, low-key productions at experimental venues which will blast your hair back with their originality. Gemma Khan and John Trengrove’s The Epicene Butcher was a tour de force, as an example, and James Cairn’s Sie Weiss Alles in Cape Town – these are talents to watch.

For me, the lowlight this year was the emergency in slow motion that is the SABC. Key management staff going on “special leave”; stories about wasteful spending; corruption allegations that defy belief; and increasing evidence of political interference: it’s not a pretty picture. The state broadcaster has a critical role to play in sourcing and promoting talent, to tell our stories and to build a healthy society. The crumbling of the SABC should be of major concern to everyone.

There were a lot of significant cultural events and products this year that are worth mentioning. It is incredibly important that a new art museum opened – Wits Art Museum. Not only is this new space substantial, but its location in Braamfontein (fast becoming the new locus of culture in Joburg) and its design – the glass-fronted façade – aid in erasing boundaries between the rarefied world of art and reality. These all work at contributing towards a new kind of art institution, though its curatorial programme has yet to deliver.

The inaugural Live Art Festival  in Cape Town, initiated by Jay Pather at GIPCA (the Gordon Institute for Performing and Creative Arts), also marks a new era in our cultural landscape, as it brought the work of performance artists, visual artists, dancers and theatre practitioners under one banner, thus erasing the sometimes superficial boundaries between these disciplines. This is a first in SA and should in the future encourage artists to expand the way they conceive of their practice.

Wim Botha’s A Thousand Things, which showed at the Stevenson Gallery in Joburg a few months ago, also deserves a mention. This was a remarkable show, in a cerebral and experiential way. It was one of the most refined exhibitions of the year.

The most significant trend: Young and established painters (and sculptors) seem to be pushing towards a new kind of formalism or anti-conceptualism by embracing a kind of art that I read as being a retreat from politics and ideas – they are revelling in superficiality whether through an abstract or highly figurative mode.

Lowlights: Danse L’Afrique Danse, an African dance biennale under the aegis of the French SA Season 2012/2013, was one of the worst events of the year and of this cultural exchange programme. It was an exercise in French arrogance that undermined the spirit of this season.

The proliferation of young talent in the past year has been remarkable. Yael Farber’s Mies Julie, dealing with an interracial relationship, drew full houses in Edinburgh. Hilda Cronje and Bongile Mantsai delivered performances that were brutal, raw and  passionate. The production received a lukewarm response from some quarters in South Africa, and the State Theatre may be regretting the shortened run the play had in Pretoria after it was listed as one of the 10 best productions of the year by the New York Times.

Louis Viljoen’s profanity-rich comedy Champ also impressed. Viljoen is one of a crop of young playwrights who produced some of the finest pieces of writing of the year: among them, Jason Potgieter (The Things you Left Behind), Amy Jeptha (Other People’s Lives), Juliet  Jenkin (Big Girl), and Anele Rusi (iSystem) .

Another highlight was found in the determination with which independent theatre companies operated this year, undeterred by the frequent scarcity of funding and finances. With a vigour and commitment which would be the envy of many an entrepreneur, they went about the business of theatre in a way that the National Arts Council and other funding organisations would do well to take heed of. The Mechanicals, The Pink Couch, Sugar-daddy Theatre Company, The Poor Artists, Rainbow Arts Organisation and The Rust Co-operative produced great theatre with little fanfare and scant resources. DM