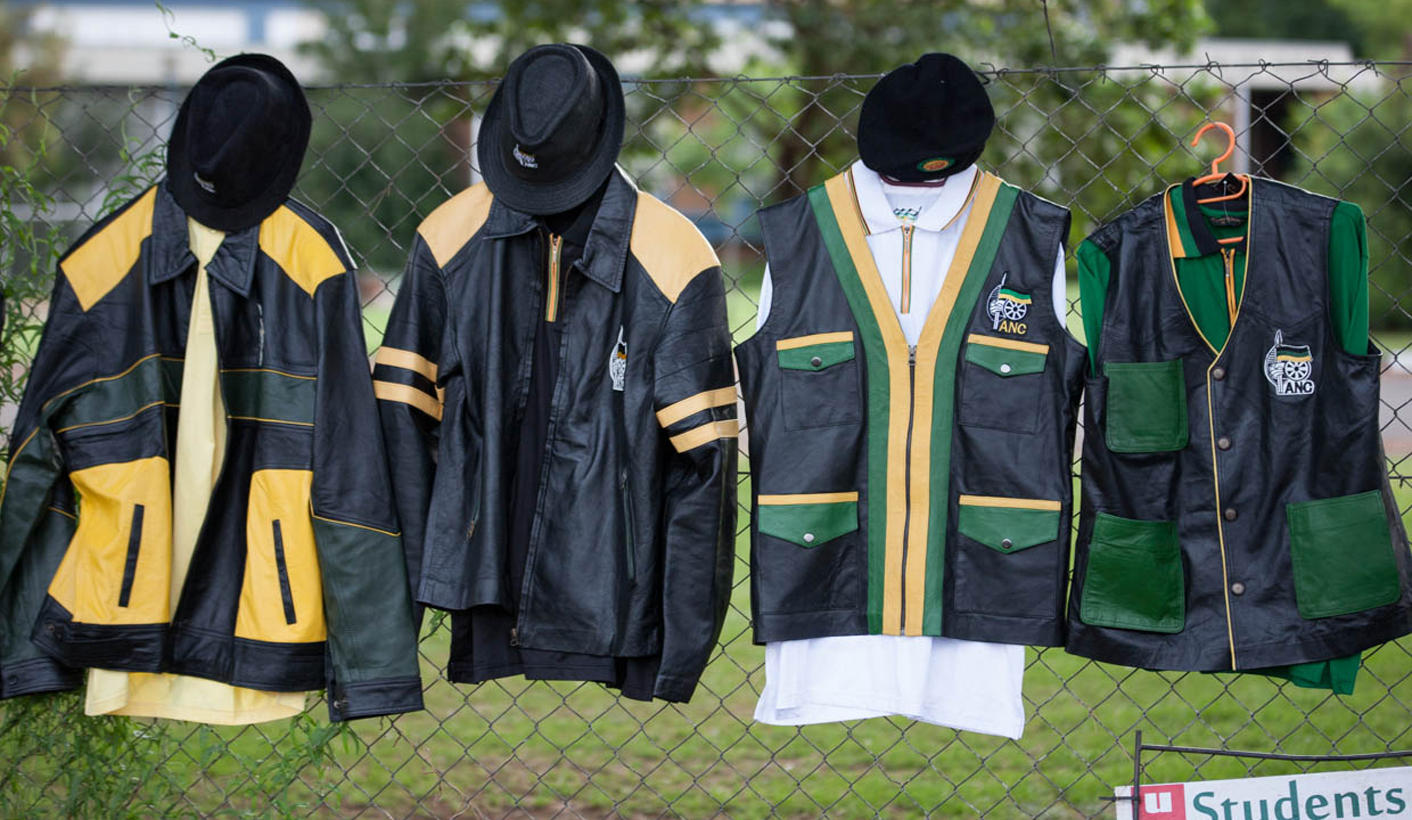 If there’s one thing that the ANC conference in Mangaung has emphasised this week, it is the potency of the ANC to capture the attention of the country. This is a party riddled with challenges but it is also the party with the greatest support in South Africa today. But the ANC, is not just a party it is also a brand, and the plethora of goods available on sale outside the University of Free State this week attests to the power of it. Vendors have flocked to the campus hoping to sell ANC-themed paraphernalia to delegates, journalists and other curious onlookers. We went shopping in Mangaung and discovered the lighter side of ANC goods. By GREG NICOLSON/NewsFire. Photo: If you’ve been looking for the scent of the struggle, search no more. The Long Walk to Freedom eau du toilette is on sale outside the ANC conference venue so you can smell like your liberation heroes without the burden of oppression and imprisonment. It comes in both Roben Island and Rivonia Trial fragrances. Photo Greg Nicolson/NewsFire Photo: For the ANC leaders who wear many hats, Mangaung is the place. But if you’re after sun protection, get in fast. Zweli Mkhize reportedly wants a hat for every position he holds. He was elected party treasurer general in Mangaung, is premier of KwaZulu-Natal, is a medical doctor, is leader of government business in KZN, chairs the ANC’s national education and health sub-committee. On top of that, he is chancellor of the University of KwaZulu-Natal. Photo Greg Nicolson/NewsFire Photo: “I was there!” In case you forget, mugs are available with the faces of the newly elected ANC top six. That way, you can have coffee with Gwede Mantashe every morning. For R60, you can have your face printed alongside your new leaders. Photo Greg Nicolson/NewsFire Photo: The mugs have been a popular souvenir in Mangaung. Pity there weren’t whisky glasses also for sale. Photo Greg Nicolson/NewsFire Photo: Others wanted photos as a memento. ANC delegates posed in front of a 53rd national conference backdrop and could pay for an immediate photo. Ideally, delegates should have as much ANC merchandise on as possible. Photo Greg Nicolson/NewsFire DM

Main photo: Whether you’re a Harley Davidson rider with an interest in politics or a cadre who wants to look like a member of the Village People, Mangaung has you covered. Leather ANC jackets are on sale on Nelson Mandela Drive outside the University of Free State. Who said the ANC leaders are nothing but empty suits? Photo Greg Nicolson/NewsFire

The plot to blow up Koeberg, Part 2: The man with the bombs