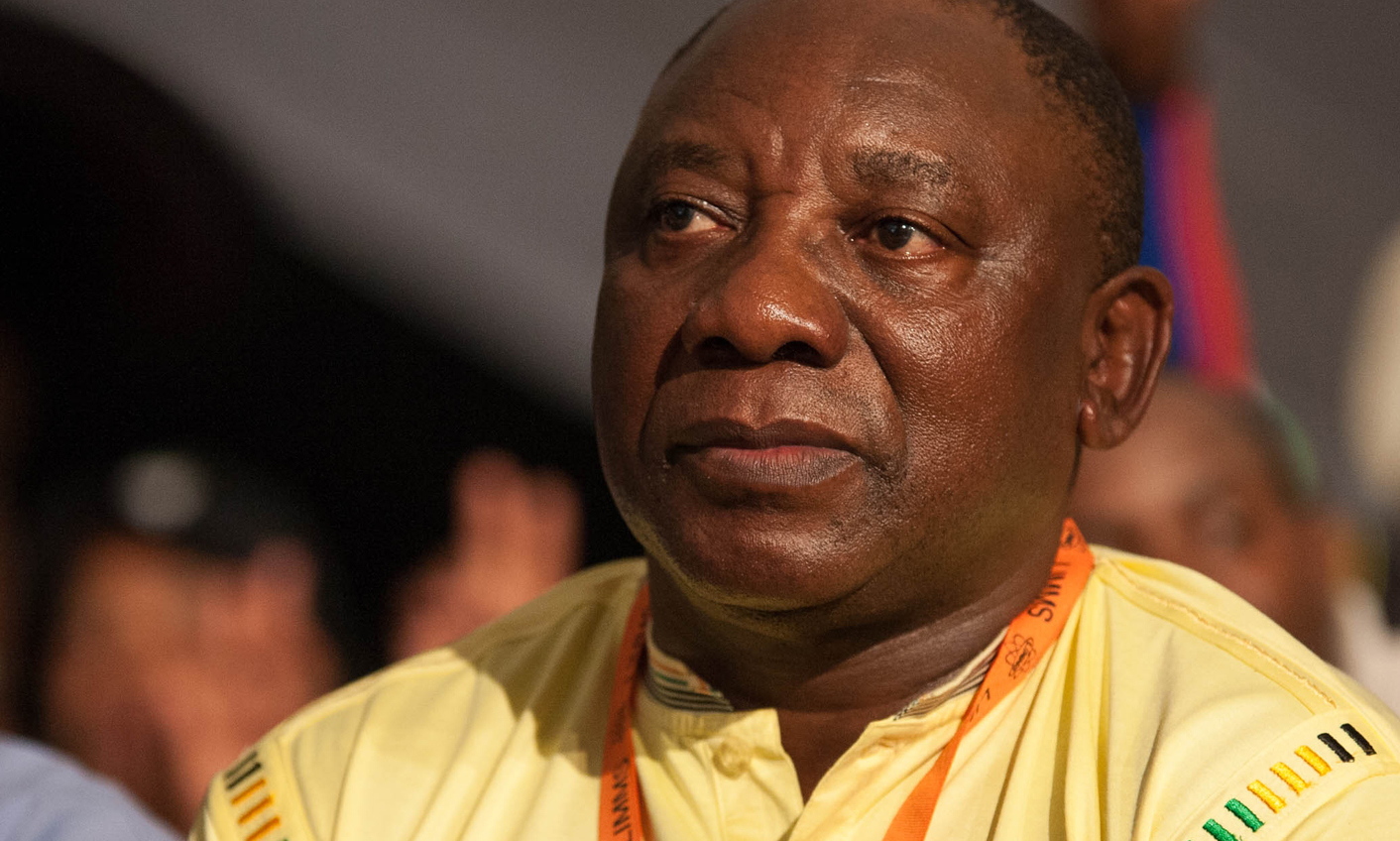 The revolutionary-turned-industrialist, the activist-turned-billionaire, Cyril Ramaphosa once led the mightiest of trade unions that helped bring a regime to its knees. Newly elected as Jacob Zuma’s deputy, his massive wealth and business interests might just be his Achilles’ heel. By MANDY DE WAAL/NewsFire.

There’s much that’s Dickensian about the proposition presented by Cyril Matamela Ramaphosa following his ascent by stealth to position of SA’s president-in-waiting. It doesn’t take much imagination to picture Ramaphosa writing his autobiography, and saying of 2012: “It was the best of times, it was the worst of times”

Just as The Tale of Two Cities tells the story of a French peasantry, dejected and disillusioned by the excessive and brutal rule of the aristocracy, so Ramaphosa steps right into the centre of the political ring as a billionaire during a time of working class rebellion and service delivery riots.

Ramaphosa was a revolutionary who was charged twice under the apartheid regime’s terrorism act, but who is now a mining mogul with shares in Lonmin, the company that runs the Marikana mine where 34 workers were shot dead this year in what will go down as one of the most shameful events in our young democracy.

The son of a policeman, Ramaphosa helped found a trade union, seven years before democracy, that would be instrumental in bringing a regime to its knees. Decades later he’d become an industrialist who’d pass time on a Friday night in April bidding up to R18-million on a buffalo.

It would have been much easier for the man who helped draft South Africa’s constitution to follow Nelson Mandela as president. Mandela opted for Mbeki, in a move that was said to have deeply wounded Ramaphosa, so much so that he didn’t attend Madiba’s inauguration. Ramaphosa had less money then, and was less entrenched in business.

Today the very characteristic that makes him so attractive as a leader, is also his Achilles’ heel. As newly elected Wits Vice Chancellor and political analyst Adam Habib told the LA Times: “The ANC says it’s committed to the notion of economic transformation. If that is true, how do you elect a billionaire as your deputy president?” he asked. (Ramaphosa is worth more than 3 billion rand.) “He has an admirable political record, but his track record on economic transformation is abysmal.”

Then there’s that passage from Lydia Polgreen in The New York Times: “Another thorny question is how to untangle Mr. Ramaphosa from the business he has built. His investment company, Shanduka, has holdings in a broad variety of investments, and Mr. Ramaphosa has been an active investor, working closely with the companies in which he has put money, business associates say. ‘His business interests are so intertwined with government,’ said one business associate who has worked with Mr. Ramaphosa on a number of projects but declined to be identified given his impending political rise. ‘It will be very hard for him to walk the line’.”

Ramaphosa’s involvement in business reads a lot more like a protracted shopping list than a CV of sorts or a biography, and it is telling that all of his business interests and directorships aren’t listed on his abbreviated profile at The Presidency’s website.

As executive chair of Shanduka, the investment company he founded in 2001, Ramaphosa has interests in resources, energy, financial services, food and beverages, and property. Shanduka has investments in some of the most influential and powerful businesses in South Africa (and in some cases globally). These include Macsteel, Scaw Metals SA, Lonmin (through Incwala Resources), Kangra Coal, McDonald’s SA, Mondi Plc, Lace Diamonds, Pan African Resources Plc, Coca-Cola, Seacom, MTN, Bidvest, Standard Bank, Alexander Forbes, Investment Solutions, and Liberty Group.

Besides the executive role he has at Shanduka, he is the joint Non-Executive Chairman of Mondi Group, and the non-executive chair of MTN, and a number of other companies Shanduka has interest in like Standard Bank and Bidvest. He is also on the board of SABMiller.

Business Day reported that despite there being no legal or party rules that compel him to disclose his interests or withdraw from business, there are proposals on the table at Mangaung that might change this. Business Day said Ramaphosa decided to declare his interests voluntarily.

“In consultation with the ANC officials I am undertaking a process of engagement with several stakeholders on the implication of my election to this post,” Ramaphosa said. “This will include a review of existing positions, responsibilities and obligations. It is intended that this will result in an arrangement that removes any conflict of interest.”

While some believe his business skills will be of great benefit to his political capabilities, many view this as a hindrance. “In a party that is grappling above all with inequality, how does it look to have a deputy president who is a billionaire?” asked Habib.

Ramaphosa biographer Anthony Butler offers an insightful reply to this question. “It is certainly troubling to be rich when there are so many poor people in society. But the ANC is squaring this circle in the same way that wealthy Christians believers have always been, by treating wealth as a sign of grace. If you are rich you are in favour – either with God or Luthuli House.”

Hopefully in this ‘winter of despair where everything lies ahead of us’, Ramaphosa might rise to greatness, and take the high road, which would see him ‘lay down his life in the service of others so that they may realise peace, some sense of prosperity’, and dare we say happiness. DM