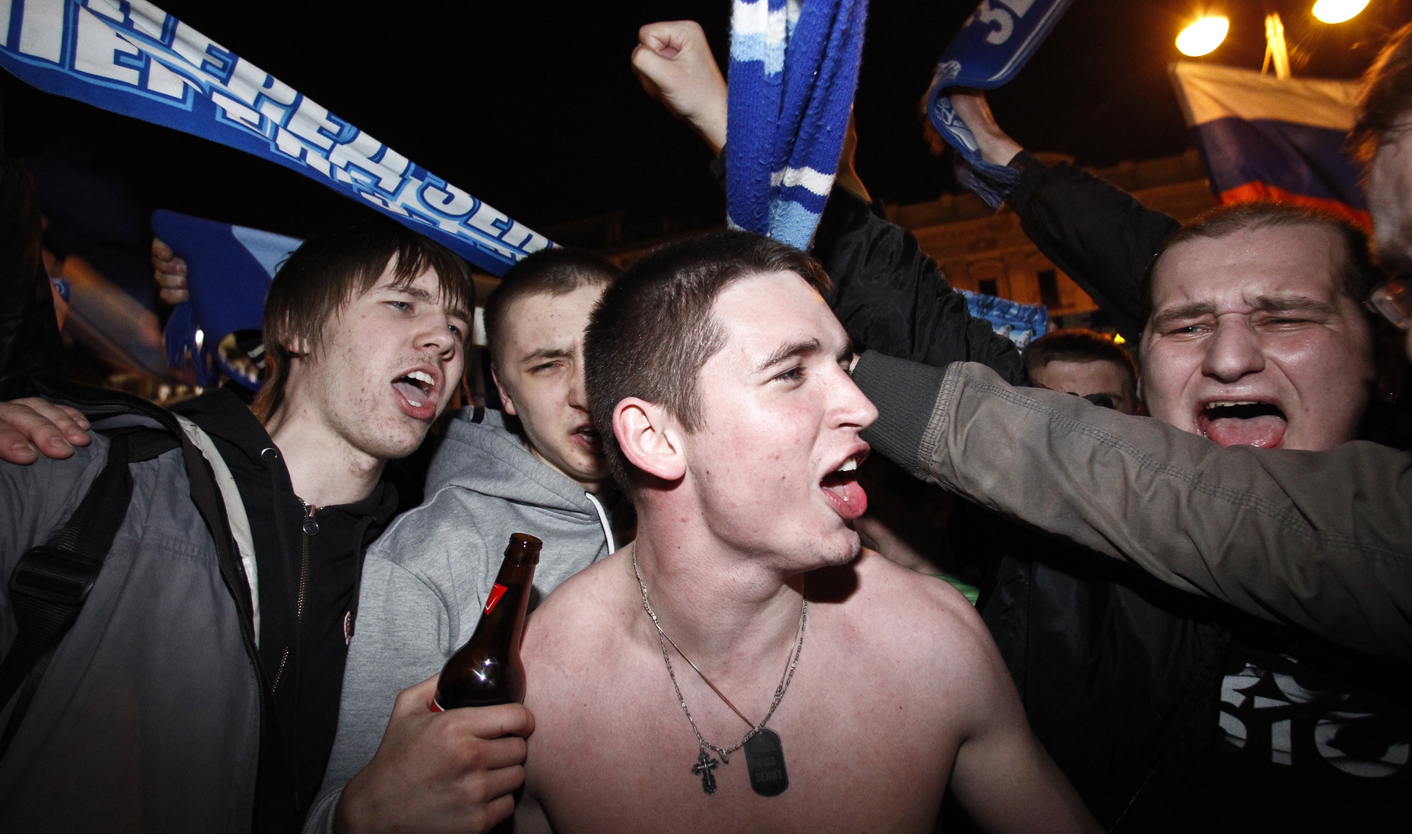 One of the biggest support groups of Russian club Zenit St Petersburg has written a manifesto in which it asks the club to not sign any gay or black players. The fans insist that they are not racist or homophobic – they simply want players in the side they can identify with. By ANT SIMS.

The biggest fan group of Russian club Zenit St Petersburg, Landscrona, has written an “open letter” or “manifesto” entitled Section 12, where it asks the club to not buy black or gay players.

The fan group started off by raising concerns that modern football was progressing into a Hollywood-type establishment and said they feared the club could be heading in the same direction as Manchester City. They were adamant that they did not want success to be judged by the profit at the end of the season.

The essence of the manifesto is to encourage the club to focus on local talent, and it also asks for the club to shy away from buying “mercenaries” or even players who have “shown an addiction to cigarettes or alcohol”.

Then the manifesto reaches that point where it requests the club to avoid “players of sexual minorities”. And further on, it includes an entire section on players of colour.

The fan group states that the issue is raised separately because it “causes a lot of issues in the broad public”.

The manifesto reads: “”We’re not racists, but we see the absence of black players at Zenit as an important tradition.

“It would allow Zenit to maintain the national identity of the club, which is the symbol of St Petersburg.” The writers did not express what their take was on foreign player who were white.

Zenit has never signed an African player, but that doesn’t mean those affiliated to the club are impressed with the request. Former Zenit and Russia striker Alexander Panov believes fans have no right to try and influence the club’s selection policy.

“If we don’t have enough good players from St Petersburg, then what should the club do?” he says.

“All clubs around the world have black players. If they are absent from Zenit – it’s Zenit’s problem. I don’t think fans should demand the club buy or don’t buy certain players. The fans have the right to go to the stadium or stay home.”

The manifesto goes on to claim that players who come from warmer climates might have a tough time adjusting to the harsh conditions in Russia and reiterates the need for home-grown talent.

“A big part of the championship is played in pretty tough weather. In these conditions it is sometimes difficult for the technical players from warm countries to display their footballing talents to the full degree… We want players close [to us] in spirit and mentality to play for Zenit,” it continues.

It is rumoured that French international Yann M’Vila turned down a move to the club from Rennes after he received death threats from Zenit fans. Former Zenit boss Dick Advocaat admitted he could not sign a black player when he was at the club.

“I would be happy to sign anyone, but the fans don’t like black players,” he revealed earlier this year. “Quite honestly, I do not understand how they could pay so much attention to skin colour.” He did not, however, voice a desire to actively take a stand against racism from the fans.

The club has, however, distanced itself from Section 12 and insists that players are chosen based on their achievements and that there are no such backward views held by the club.

“Players get onto our team not by nationalities and skin colour but sporting qualities and achievements,” the club told R-Sport.

“Club policy is aimed at development and integration into the society of world football and does not uphold archaic views.”

The club’s coach Luciano Spalletti has also insisted that Zenit is an open and tolerant club.

“I think that Zenit proves in its work that the club understands what tolerance is,” Spalletti said in an interview posted on the club’s website.

The report concludes by saying that their proposal is not the be-all and end-all and should simply serve as a “guideline” to help the club maintain its identity instead of veering off into the mould of other big-name teams. DM

Photo: Zenit St. Petersburg fans celebrate the preschedule victory of their team in the Russian Premier League soccer championship in St. Petersburg April 28, 2012. The Russian soccer fan movement, made from scratch in the mid 70s, today has a reputation of having some of the most aggressive fan base in Europe. Picture taken April 28, 2012. REUTERS/Maxim Shemetov