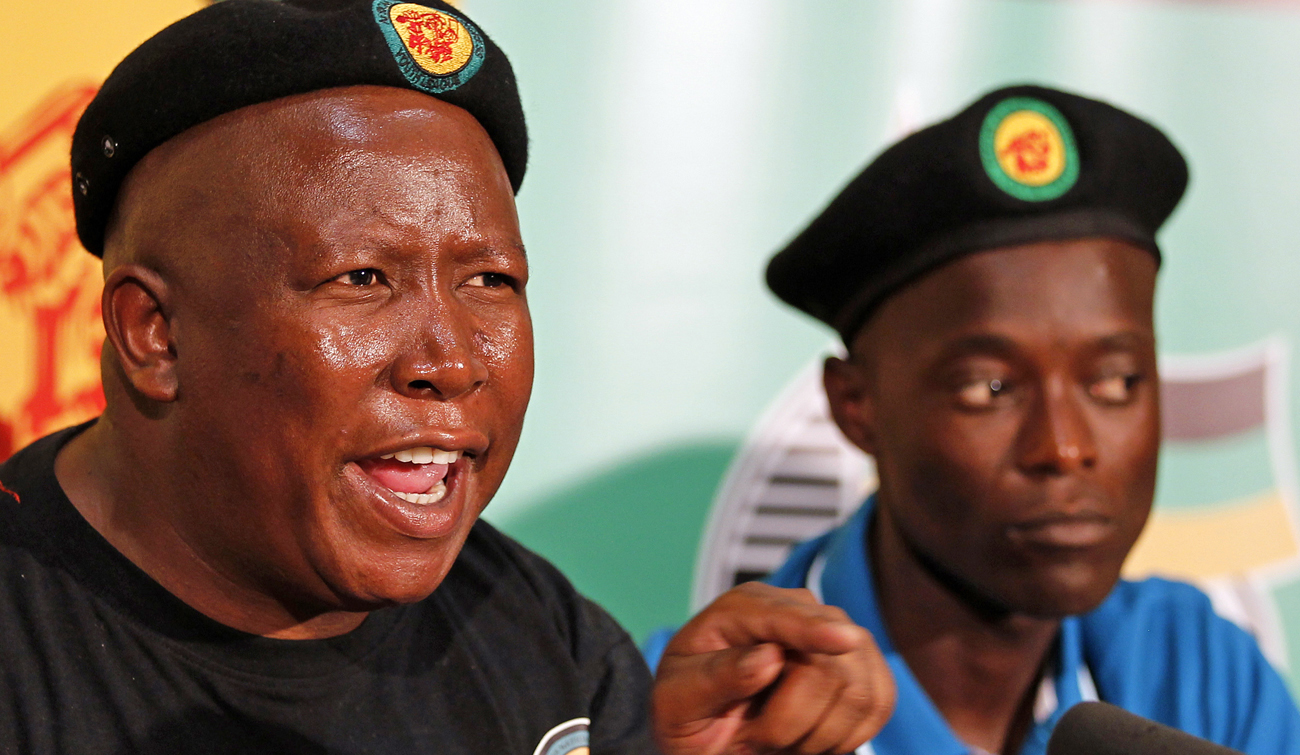 Former ANC Youth League (ANCYL) president Julius Malema, suspended secretary-general Sindiso Magaqa and suspended spokesman Floyd Shivambu have written a letter to the 53rd national elective conference of the ANC asking that their membership of the ANC be reinstated and that they be reinstated to their positions in the league. The trio were thrown out of the party for breaching its rules earlier this year. By SIPHO HLONGWANE and GREG NICOLSON/NewsFire.

The trio wrote a letter asking to be reinstated, saying that they had remained loyal to the party that had thrown them out and had not taken it to court before the last avenue of appeal – the national conference – was fully exhausted.

The letter said: “We remain loyal supporters and members of the ANC willing to be corrected and guided under its principles, constitution, values and vision to achieve all Freedom Charter objectives. We thus far have avoided the option of going to court because we believe that the national conference of the ANC should be given the opportunity to once again look at the issue of disciplinary process that culminated in the current situation.”

“We believe that in the ANC, discipline should never be used to suppress political dissent and should at times be an intervention to correct and guide comrades of the movement. We have thus far withdrawn our participation in the formal structures of the ANC and ANC Youth League, despite the resolution of the ANC Youth League that we remain its leaders until the ANC Youth League’s 25th national congress in 2014,” the letter said.

Malema was expelled by the party in March for bringing the ANC into disrepute and sowing disunity. Magaqa and Shivambu had their memberships suspended for some months.

ANCYL national executive committee member Magdalene Moonsamy told NewsFire that once a matter had been lodged with the steering committee it had to be raised at conference. Comrades also have the opportunity to raise the matter on the floor of the plenary.

Although the letter tried to strike an apologetic note, no direct apology was offered and the ANCYL’s decision to pass a resolution ignoring the ANC’s decisions to suspend or expel its leaders was not condemned.
Moonsamy said the manner with which the ANC dealt with disputes over the validity of North West and Free State delegates would be an indicator of how it would manage Malema, Shivambu and Magaqa’s bid to be reinstated. “This should not be seen in a personal light. This should be seen in the spirit of the ANC in rebuilding it back to its day to day life,” she said.

“If the ANC can find itself and rise above individual interests now it will solve the matter of the North West and Free State in a matter the ANC understands,” Moonsamy added. After secretary general Gwede Mantashe summoned representatives from the two provinces to a meeting Monday morning, it appears Free State and North West delegates will vote in the leadership elections.

Moonsamy said the party must not view Malema’s association with the Forces of Change group as amounting to factionalism. She claimed it is a part of contestation within the party.

In his organisational report at the conference, Mantashe said that the party took umbrage at the league’s intent to disobey the outcomes of the disciplinary process at the time, but noted that the leaders who took over after Malema’s expulsion didn’t actually carry out the threat. The three men have asked to be reinstalled as ANC members and their leadership positions as elected by the league’s 24th national congress last year. Malema also wants to be reinstated to Limpopo’s provincial executive committee.

“We have it on good authority that the national conference through the secretary-general and steering committee has received our letter,” the trio said in their letter. DM