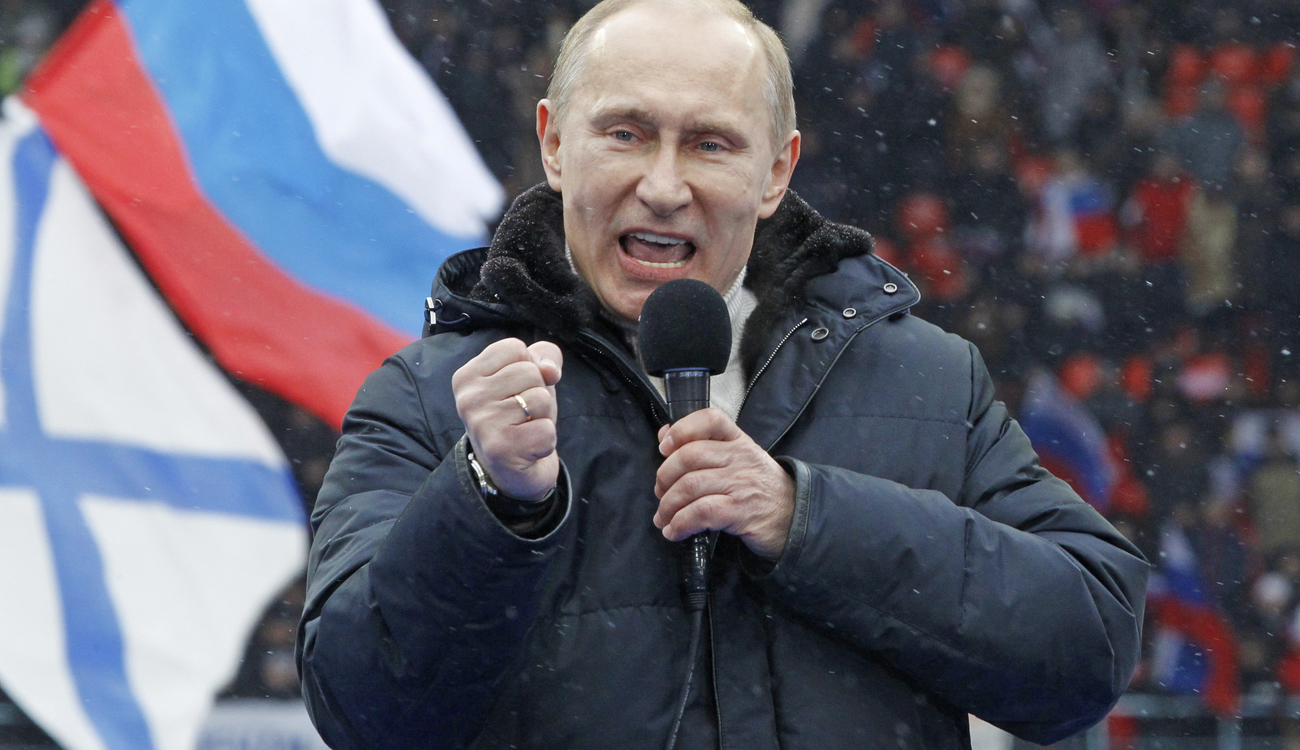 President Vladimir Putin pledged on Wednesday to crack down on corruption and the flight of capital from Russia in a new campaign to tackle problems that have marred his 13-year rule and blighted the country's business scene. By Steve Gutterman and Douglas Busvine

Setting priorities in his first state of the nation speech since he started a six-year term in May, Putin also tried to appease Russians eager for improvement in roads, schools, hospitals and police forces.

His 80-minute speech, delivered in the St George Hall of the Grand Kremlin Palace, lacked the punch of some performances during the oil-fuelled boom years of his 2000-2008 presidency.

But he drew applause from an audience of lawmakers, government ministers and religious leaders when he said officials should be restricted by law from opening foreign bank accounts and owning securities abroad.

“Don’t applaud too soon – maybe you won’t like it,” Putin warned, adding that the measures would apply to senior Kremlin, government and parliamentary officials.

Putin also said businesses should not evade Russia’s laws by operating through offshore tax havens. Capital has been leaving Russia at a rate of $80 billion per year.

Reining in graft would be a boon for Russia’s state finances and for Putin, helping to dispel deep public distrust in state authorities whom millions see as corrupt.

Putin got Russia’s powerful “oligarchs” to knuckle under in his first term but critics say money flows have simply shifted to his allies and corruption has worsened under his rule.

Recent corruption scandals have cost Putin’s defence minister his job and spawned criminal cases but failed to convince Russians that Putin will wage war on graft.

“My God, how many years has he been in power and kept telling us things will get better?” said Alla, an information technology specialist in Moscow who gave only her first name.

“If this country is to develop, the most important thing is to finally have an honest government, not one that keeps on stealing under the mantle of fighting corruption,” she said.

“It makes no sense to stop business going offshore by compulsion. It must be done by making Russia’s legal system more attractive,” Kudrin tweeted.

Putin, who during his presidential campaign accused the United States of encouraging opposition protests, said foreign meddling in Russian politics was unacceptable.

But he suggested the biggest threats to Russia came from a slump in the population since the 1991 collapse of the Soviet Union and the loss of spiritual moorings.

“If the nation is not capable of preserving itself and reproducing, if it loses it vital bearings and ideals, then it doesn’t need foreign enemies – it will fall apart on its own.”

Russia’s population fell to 142 million last year from 149 million in 1991 and experts warn it will fall further.

Putin promised to add subsidies for third children in some regions next year.

“Families with three children should be the norm,” he said.

Russia also needs to strengthen its national identity and moral foundations if is to survive, he said.

“We must not lose ourselves as a nation – we must be and remain Russia,” he said.

Putin, who has been in power since 2000 and could seek another six-year term in 2018, appears to be searching for a grand idea to promote national unity.

He invited provincial legislature chiefs to his Kremlin speech for the first time, a sign he is determined to keep far-flung reaches of Russia from straying from Moscow’s orbit.

Putin’s years in power have been marred by an Islamist insurgency in the North Caucasus, which has led to bombings in Moscow, and attacks in mostly Muslim Tatarstan this year raised the spectre of a spread of militant violence.

In his address, Putin reiterated warnings against extremism and calls for ethnic harmony, saying that despite the country’s diversity “we are one people – Russians.”

Putin, accused by opponents and Western governments of suppressing dissent and prosecuting his political foes, said: “There can be no other political choice than democracy.”

But he dismissed protest leaders who failed to prevent him winning the presidency in March.

“Civilised dialogue is only possible with those who present their demands in a civilized way,” Putin said.

Putin said he is taking steps to improve democracy, pointing to legislation in the works that would revive elections of half the members of the lower parliament house in district races.

Opponents say that would benefit the ruling United Russia party, which holds the levers of power in the provinces.

They dismissed Putin’s address as platitudes and empty promises.

“In short, there will be no political reforms – and without political reforms, all the rest is impossible to implement,” Dmitry Gudkov, an opposition lawmaker and a leader of the protests, said on Twitter.

But Olga Kalistratova, a woman selling Christmas decorations from a Moscow street stand and shivering in the cold, said Putin “is doing everything in the right way, step by step. I think he is doing fine.” DM