No Violence Against Women and Children: 16 Days is all you get 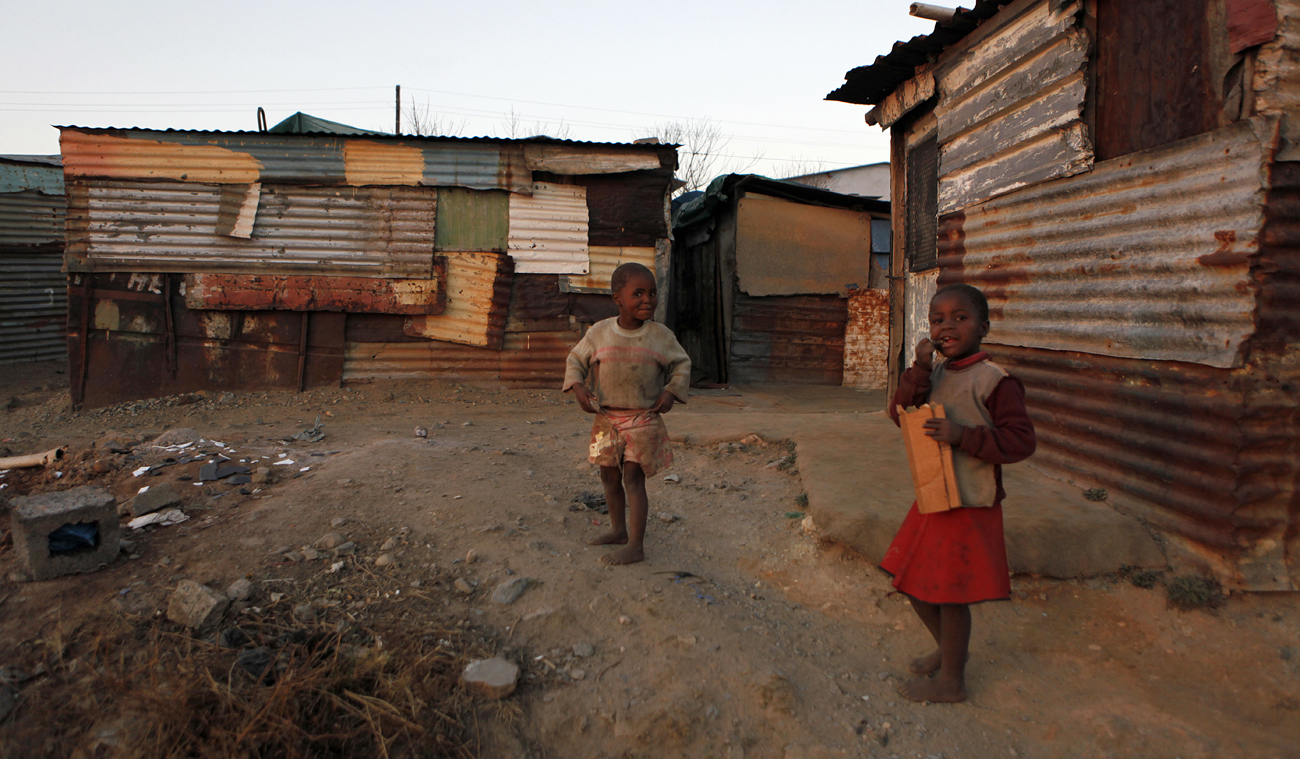 “16 Days of Activism For No Violence Against Women and Children” came to an end on Monday, with Deputy President Kgalema Motlanthe announcing a new National Council Against Gender Violence. Does a mere two-and-a-bit weeks of talking about violence, and the establishment of yet another council, amount to an effective response against South Africa’s gender violence epidemic? By REBECCA DAVIS.

If you need convincing as to the extent of gender violence in South Africa, you should check out the results of research carried out by Gender Links in four South African provinces between 2010 and 2012. Admittedly, the research construed “violence” quite broadly – not just physical or sexual abuse, but also emotional and economic – but nonetheless, the figures are still shocking. Seventy-seven percent of women in Limpopo, 51% of women in Gauteng, 45% of women in the Western Cape, and 36% of women KwaZulu-Natal reported having experienced some form of violence perpetrated by men against them within their lifetime.

In Gauteng, 31% of men polled admitted to having raped a woman at least once in their lifetime. In all four provinces studied, the proportion of men who reported having raped was “significantly” higher than the proportion of women who reported that they had been raped. This is worrying because it suggests that under-reporting of rape may be even more common than previously thought.

The report also found some sinister province-specific forms of violence against women. In Limpopo, for instance, some women reported being the victims of violence related to witch-hunting. An account published on the Gender Links website under the name of Kgotlelelo Khune, 41, bears witness to this: “Some community members started calling me names and accused me of bewitching other people in the community, causing them to fall sick… I am well educated and they said I was a witch who hid behind her education… I received threats that I was going to be burnt and killed for practising witchcraft.”

A group of people who we know have their eyes fixed firmly on the problem is the ANC Women’s League. Assuming its website is an accurate record, the league’s engagement with the 16 Days was limited to its march to the British High Commission in Pretoria on Monday to demand that Shrien Dewani be extradited to South Africa. Because, you know, the one-man scourge that is Shrien Dewani presents the greatest daily threat to each and every South African woman. In a country where it’s estimated that a woman is killed by her partner every six hours, Shrien Dewani is pretty much the least of our worries.

A certain amount of decent stuff happened during this year’s 16 Days, though. LoveLife ran a cool digital campaign, Childline and the Department of Social Services ran a programme, and most NGOs took advantage of the heightened media attention around the period to carry out some awareness-raising activities. The question remains, though: in a country where gender violence is a 24/7 reality, is there much point to a 16 Days at all?

“I think the 16 Days is good in the way that World Aids Day is good,” says Feminists SA editor Jen Thorpe. “I think it raises awareness of issues that most people would rather not think about. It’s also critical to mark out the sheer scale of violence against women.” Last year during the 16 Days, Thorpe points out, the SAPS made a presentation to Parliament in which it submitted that there were more than 8,000 incidents of domestic violence a month.

This year, the SAPS itself came in for a pasting. Last Wednesday, the DA’s Shadow Minister of Most Of Us (Women, Youth Children and People with Disabilities) released a statement condemning a report by the Independent Police Investigative Directorate (IPID) showing that only 14% of police stations are fully compliant with the Domestic Violence Act, police are not properly trained in the implementation of the act, and police routinely fail to serve protection orders, particularly in informal settlements. “Gender violence experts confirm that domestic violence is often not reported because women fear being further victimised by SAPS officials,” the report further claimed.

Thorpe did feel, however, that 2012’s 16 Days had been a poor incarnation. “I think a lot of the oomph behind the campaign has been lacking this year,” she said. “This is likely to be because of severe funding shortages amongst the organisations that normally drive this campaign.”

One of the organisations in cash-straitened circumstances is the Saartjie Baartman Centre for Women & Children, which offers a “one-stop centre” for Cape Town’s women and children who are survivors of abuse. Centre director Synnov Skorge was even more pessimistic about this year’s 16 Days.

“In theory, it could be very important to have a dedicated time to highlight the extremely high levels of violence and more importantly, what action plan is being put in place to stop the current crisis situation that we are in,” she said. “However, the 16 Days of Activism does not achieve this at all, so at this stage there is no point to the 16 Days other than that it is an indication that next to nothing is being done to end violence against women and children. There is no actual implementation of any real action and resources.”

Women’s Legal Centre director Jennifer Williams took a slightly more upbeat view, saying that the initiative had played a role in raising awareness around the prevalence of violence against women and girl children. “However, as with any other campaign, it should be reviewed to see if it is still effective,” Williams said. “Our society seems to have become desensitised to violence, especially gender based violence, and the campaign may need to be re-invented to address this. It also needs to be more substantive in addressing the underlying cause of gender based violence, which is a highly patriarchal society in which women are not equal to men.”

At least one concrete measure did emerge from this year’s 16 Days, however. On Monday, Kgalema Motlanthe announced the establishment of a National Council Against Gender Violence, intended to “develop a coordinated national response against this scourge”. He made this announcement at the closing ceremony of the 16 Days, which was slammed by the IFP for being used as a platform for Mangaung support-building rather than being focused on the issue of violence against women and children.

IFP spokesperson on women, children and people with disabilities, Liezl van der Merwe, said, “The function included slogans from the podium such as ‘Viva ANC, Viva’, ‘Viva Cosatu, Viva’, and ‘Long live Jacob Zuma, Viva!’ This was a government function paid for by the taxpayer. ANC politicking should not have been allowed under any circumstances.”

That’s a piece of news which will surprise absolutely nobody. But back to the council, which has been touted since at least February. The National Council against Gender Based Violence will be chaired by Motlanthe (like the National Aids Council) and will be a “high-level multi-sectoral partnership body”. Its aims are lofty, but fairly vague: it plans, for instance, to “build commitment and foster high level relationships to prevent, decrease and eliminate gender based violence.”

Sounds good, right? But its establishment has been greeted with scepticism in NGO circles. “Another council?” asked Skorge. “How much more money must be wasted on useless councils, ministries, commissions that have little, if any, impact on ending violence against women and children? How many women’s and children’s lives could be saved if the money spend on this council would be used to establish real resources such as shelters, counselling services, one-stop centres, emergency services for abused women and children, especially in the rural areas?”

Thorpe’s response was cautious: “Most NGOs working in the women’s rights sector have the opinion that it is yet another council that will serve as a rubber stamp to show that government is ‘doing something’,” she said. Williams also had a muted reaction: “We have felt that the Council for Gender Based Violence is to a large extent a duplication of other bodies that have a similar role, such as the intersectoral body envisaged in terms of the Sexual Offences Act,” she said.

But she said that, given the right resources, the council might play an important role in holding departments to account on measures to reduce gender-based violence. “In order to address this, the council will need strong leadership, some clout and more importantly, the political will to give effect to its mandate,” Williams said. “One should also guard against the marginalisation of gender based violence and the abdication of all responsibility to the new council.”

The council will have 30 members, drawn from sectors ranging from the NGO world to academia. One of them is Dee Smythe, director of the Law, Race and Gender Research Unit at UCT. Smythe said that the members had not yet received any concrete details as to their responsibilities, so she had no way of predicting how effective it was likely to be. “It might be a useful vehicle for pushing a fairly narrow agenda,” Smythe said. She warned, however, that its efficacy would be determined almost entirely by whether the Department of Women, Children and People with Disabilities could bring other government departments to the table. “It will be contingent on political will,” she said.

Smythe backed Williams’ point that the issue of gender-based violence could not be simply outsourced to the committee. “We won’t have powers of implementation,” she said. “So the idea that 30 people can somehow coordinate the national strategy on gender-based violence is obviously not the case.”

Maybe the naysayers will be silenced, and the establishment of the council will turn out to have been pivotal to stemming the tide of violence against South African women and children. Maybe. DM