Mangaung, T minus 5: A state of almighty flux 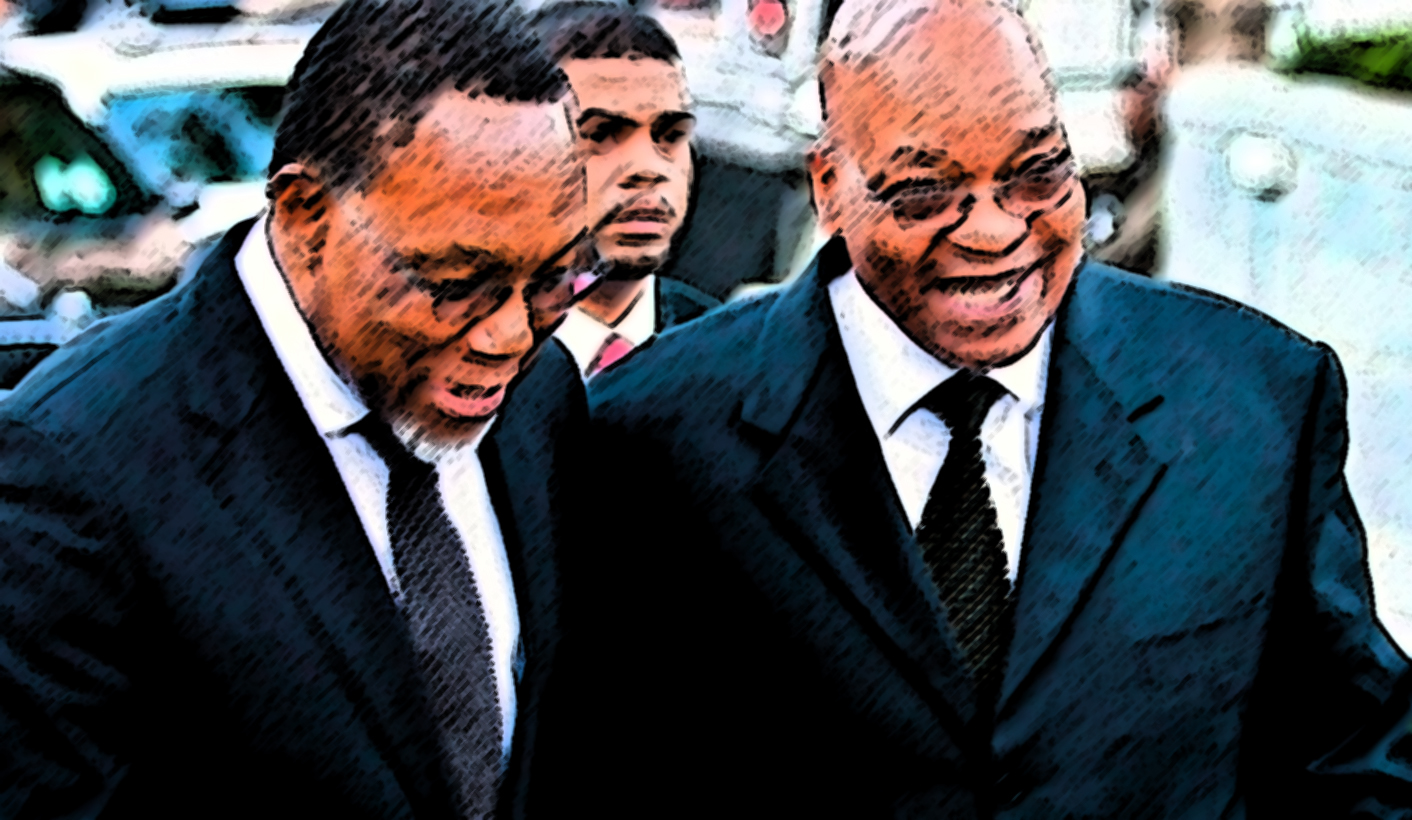 After tormenting his party and South Africa for months with his silence, ANC deputy president Kgalema Motlanthe has to stop the dodging game and give the ANC electoral commission a straight answer. His key supporters believe he will challenge ANC president Jacob Zuma for leadership of the ANC – and new figures are doing the rounds indicating Motlanthe could still beat the odds. Meanwhile, some decisions taken at the ANC policy conference, like the one to reduced size of the national executive committee, are likely to be overturned at Mangaung. By RANJENI MUNUSAMY.

As far as playing hard to get goes, Kgalema Motlanthe has it down to a fine art. With just five days remaining before the start of the ANC’s 53rd national conference, not even his comrades in the ANC leadership, his aides or his most ardent supporters have any idea yet whether he will run for the presidency, the number two spot, or both, or nothing at Mangaung.

His consistent position was that he would allow the branches to have their say first. The last of the branches had their say at the provincial nominations conferences last week but Motlanthe is still dragging the matter out, saying he will only reveal his decision to the electoral commission which presides over the ANC elections.

Motlanthe’s strict adherence to party discipline by not campaigning made sense to the point of the nominations conferences, as he first wanted to find out whether the membership of the ANC wanted him in a leadership position. Now that it is clear that three provinces and the ANC Youth League want him to be their president and another province has nominated him for deputy president, Motlanthe’s reticence is simply pathological.

By now the Forces of Change lobbyists have had enough of hanging back and are upping the ante. While ANC president Jacob Zuma’s supporters in Cosatu and the South African Communist Party are still angling for a deal that will see Motlanthe keep his current position and businessman Cyril Ramaphosa decline nomination for the deputy president post, anti-Zuma campaigners have revived their campaign to have the president unseated.

The Forces of Change bloc was dealt a blow by the outcome of the nominations conferences, particularly in the swing provinces such as the Eastern Cape and the North West, which voted in favour of Zuma. The votes in the nine provinces gave Zuma a seemingly unbeatable lead of 2,521 over Motlanthe’s 863.

But those opposed to Zuma’s second term regrouped over the weekend and, in a somewhat inexplicable resurgence of confidence, believe they can still pull of a Motlanthe victory. They claim that the conferences in the North West and the Eastern Cape were rigged and that a different picture will emerge in Mangaung. They also claim that delegates aligned to them in the Zuma strongholds of KwaZulu-Natal, the Free State and Mpumalanga could not vote according to their will as there would have been a witch-hunt to track them down. They were also afraid that these people might be excluded from official delegations and replaced with Zuma acolytes.

But Zuma’s supporters are unperturbed by an SMS doing the rounds in ANC circles estimating that Motlanthe can win the support of 2,158 of the 4,130 branch delegates. They claim that the Forces of Change’s newfound buoyancy is “misplaced” and that expecting a mass variance in voting patterns is foolhardy.

As a result of the new developments, talks towards a pre-conference deal that would keep Zuma and Motlanthe in their positions have not been able to advance beyond calls between camp leaders to test the waters.

But while the issue of leadership remains a point of contention, it is now likely that the ANC delegates will overturn a decision taken at the June policy conference to reduce the size of the national executive committee (NEC) from 80 members to 60. The proposal to the policy conference was sponsored by KwaZulu-Natal which felt that the NEC was unnecessarily large and this led to meetings taking an inordinate amount of time as most members wanted to speak. In addition to the 80 members are the top six officials and ex officio representatives from the three leagues.

The policy conference recommendation to the national conference reads as follows: “The size of the NEC (i.e. directly elected members) should be reduced from 80 to 60. In order to qualify for election into the NEC, a candidate should have been a member of the ANC for at least 10 years, with a proven track record of leadership at other levels or in other sectors of society. In addition, a candidate should have undergone training from the ANC political school system.”

The proposal has prompted much wrangling in several provinces over the reduced number of seats available in the NEC. Most provinces, as well as the alliance partners, want to increase their representation on the NEC but are finding it difficult to do so as they have to boot out people currently on the committee. The NEC is currently dominated by members of Cabinet who would be humiliated if they were excluded from the powerful decision-making body. The NEC also has to have 50% representation of women, which means that the voting results are manipulated to push women up the list to achieve parity.

Provincial leaders compiling their NEC line-ups based on branch nominations are finding it impossible to get their nominees onto the list of 60 members. There is now a loose consensus in the provinces that the reduction of the NEC by 20 members is not feasible.

Furthermore, the policy conference resolution to reduce the number of provinces in South Africa is also now facing general opposition.

The policy conference decided that provinces should be “reformed, reduced and strengthened” and that, “A presidential commission be appointed to review the provinces, and make proposals on, among other issues, the role of provinces and the number the country should have and their possible boundaries.”

One of the underlying reasons for the controversial proposal was to neutralise the Democratic Alliance’s dominance in the Western Cape by merging it with parts of the Eastern Cape. It has also been suggested that the boundaries of the old Transvaal be re-established, which would entail merging Gauteng, Limpopo and Mpumalanga. All three of the provinces are now balking at the idea however, as it would threaten the political and economic fiefdoms established by the provincial leaders.

Government’s National Development Plan could also come across stiff opposition at the conference. The plan, compiled by Trevor Manuel’s National Planning Commission, is a long-term strategy aimed at eliminating poverty and reducing inequality by 2030. Although the plan has been welcomed by government and opposition parties, it received a cool reception at the policy conference as well as the September Cosatu national congress. Some provinces now want the plan to be sent back to the drawing board.

But with configurations and support patterns in some provinces having changed since the policy conference, the issue of nationalisation is once again a hot potato and it is not known what the Mangaung conference might eventually decide on the matter. Nationalisation also lost its chief advocate when Julius Malema was expelled from the ANC and the issue has lost momentum since then.

With five days to go before the conference opens on the Day of Reconciliation, absolutely nothing is reconciled or certain in the ANC. However there is low-level horse-trading between camps and provinces over positions on the NEC and policy, which could see some secondary deals struck before the conference starts.

But the question of the presidency still hangs in the balance and it hinges on Motlanthe’s response to the party’s electoral commission.

Over to you, Mr Deputy President. DM