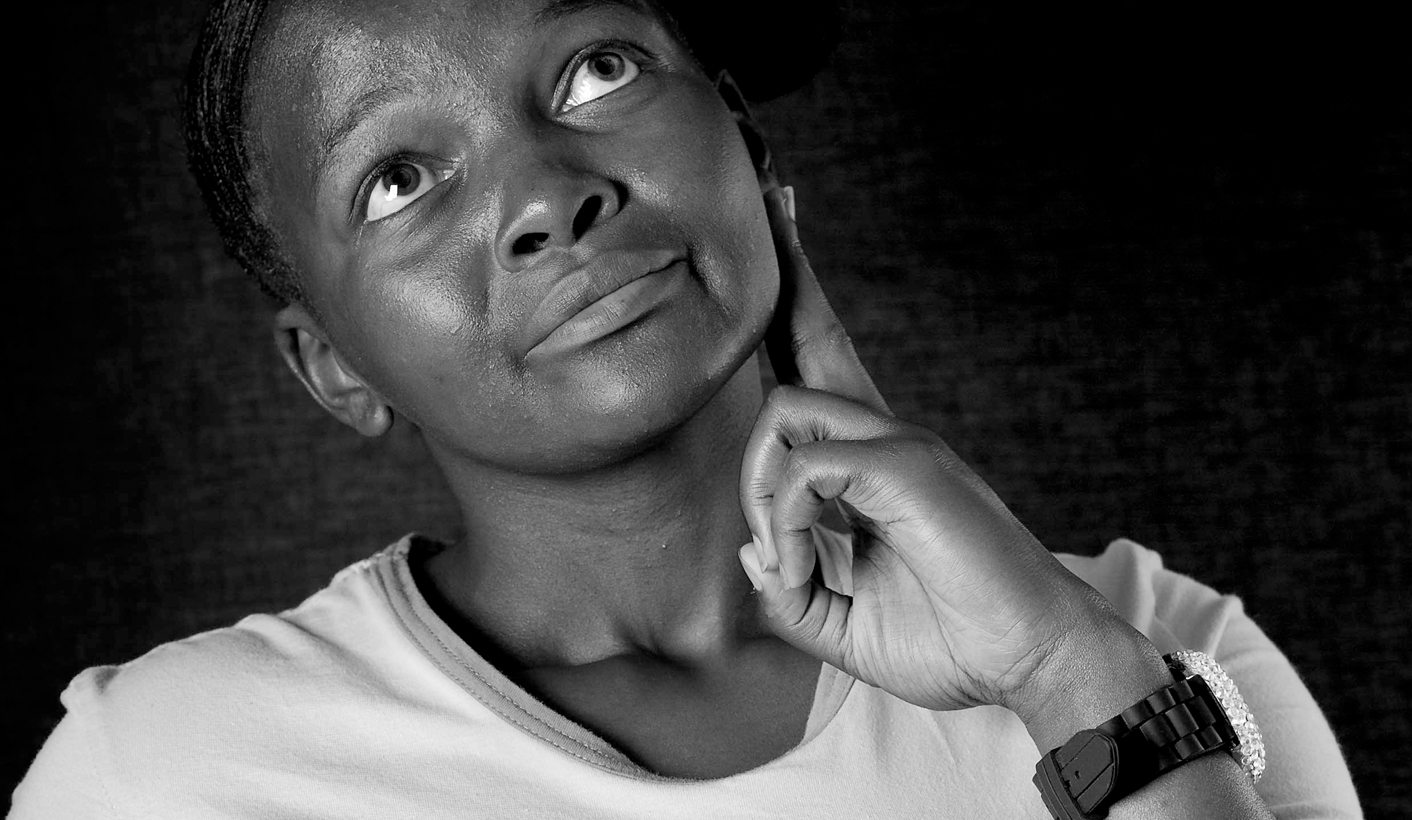 We were all sleeping down on the floor, in the room with Granny. I was screaming and nobody heard. They were snoring, and sleeping like they’re dead. Yes. I screamed. I said, Somebody!

I even called one girl who has since passed away, my other aunt – her name was Buhle, I said, Buhle, Buhle, is anyone there, anyone can you hear me?

And nobody heard. And the guy had a big knife. He put it on my neck and he

held my mouth when I was screaming. And then he just raped me. I was 10.

And I was wearing that dress my aunt gave me, when she came back from Joburg. And when the guy raped me, the dress didn’t have the blood. The blood was in a white panty that I was wearing, so I took the white panty and I made it look like a balloon.

I was scared to tell my mother the truth. My dad and my mom, they were brought up with the whip. So they decided, that’s the way for me.

I would just get a hiding for nothing.

I was young and very reckless and rebellious, I won’t lie. There was a time when I was very strict with using condoms. I used them, but then I dated this older guy, and we had a long-term relationship and then, because I loved him, and I trusted him, I felt, why should I use protection?

I just became dumb out of nowhere. And then I got infected.

So I gave birth to my son, then, a bunch of doctors came in the morning. They said, Ah, good morning, Pretty. And then they said, Sorry dear, we are so sad to say this, but you are HIV-positive.

And the moment they said that, it’s like, something was going on in my ears; like I was going blank and deaf.

So I’m like, Oh God, God hates me. Did I do something bad to Him or to people that I live with? Did I do any major sin that I don’t know of, and now He is punishing me?

My granny was dating these men. And then all of a sudden she gets sick and she resigns from work. When she goes for her check-ups for blood pressure they discover that she’s HIV-positive. And then I’m like, damn, Granny now, can you believe i?. How can I tell people that my mother is HIV-positive, my dad’s big brother?  And a lot of my relatives that I could count? The list goes on.

And my father’s sleeping around with a lot of young girls. He doesn’t want the older ones; he wants them young and fresh. Holding a Black Label, his beer, his friend, he says: These doctors don’t know what they’re doing. I say, Okay, Dad, ja.

My older sister is also HIV-positive. She’s busy trying to lower her CD4 count because she wants to get a grant. She will die trying to get the fucking grant.

My dad was busy stealing my ARVs. Can you believe it?

Because he’s sick, but he doesn’t want to say that he’s HIV-positive. He would steal, he would even say, because he doesn’t know the names of the pills, he will say, You know the red and yellow one? It actually gives me so much energy, I would walk for, I dunno, for seconds at work, I would drive the car so fast. I’m like, gosh, this man is really crazy.

And then, I started taking out my anger on my son, hitting my son.

And then when I saw him hurt, I cried.

Oh my God, why am I being so bitter?

Why am I becoming a monster to my own kid? And he looks so innocent, he doesn’t know anything, he looks so handsome. Why am I doing this to him?

And I started going out there and learning more about being a mother. And how to love my child. DM