The strawman and the yellow brick road to Mangaung 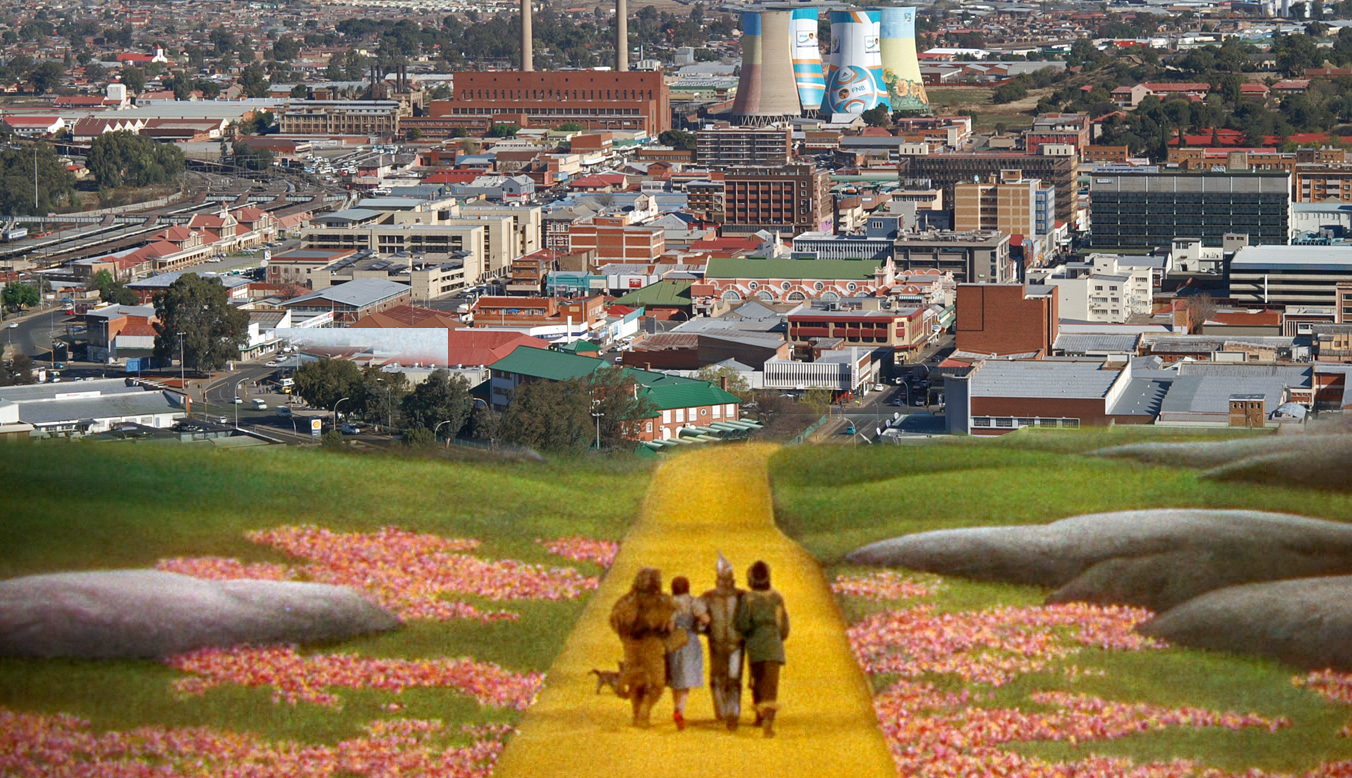 President Jacob Zuma could not have planned a better way to round off his campaign for the second term. Two troublesome ANC provinces nominated Kgalema Motlanthe for president but the numbers were too small to catch up on his significant lead; he gave himself a medal honouring his role in the liberation struggle, and then there was a lecture exalting all his achievements – delivered by the only person who can challenge him for his job. On Thursday night, SABC TV broadcast an hour-long soft interview with him. It must feel good to be Jacob Zuma right now. By RANJENI MUNUSAMY.

The Democratic Alliance released its annual Cabinet report card for the year on Thursday and President Jacob Zuma received an F. But not that it mattered, as many of his closest lieutenants in the Cabinet received fail marks too. They included Police Minister Nathi Mthethwa, State Security Minister Siyabonga Cwele and Agriculture Minister Tina Joemat-Pettersson.

Releasing the report card, DA parliamentary leader Lindiwe Mazibuko said Zuma led the worst performers in Cabinet in 2012. “President Zuma failed comprehensively to provide effective leadership in government, failing to solve crises that were often preventable and regularly being a direct cause of the challenges faced by his government,” she said.

The reasons Mazibuko gave for the poor grade were much the same as the arguments opposition parties advanced for proposing a vote of no confidence in the president. They included his handling of the Marikana tragedy and the subsequent wave of labour unrest, the spy tapes saga, the “Nkandlagate” scandal and the confusion over the country’s economic policy direction.

In perhaps another attempt to nudge the Mangaung processes, the DA gave Deputy President Kgalema Motlanthe a C grade, and said “2012 has shown clearly that Mr Motlanthe would make a better Head of State for South Africa than his principal”.

“While he was not the top performer in Cabinet this past year, Mr Motlanthe displayed noteworthy qualities which President Zuma clearly lacks: a dedication to the Constitution; an honest approach to the serious challenges facing the government and a willingness to engage openly with Parliament and with South Africans.

“Unlike President Zuma’s ‘head-in-the-sand’ attitude towards the failures of the government under the ANC, Mr Motlanthe has acknowledged the right of South Africans to ‘…judge the ANC for what it is and not what it was’”, Mazibuko said.

But the delegates who will attend the ANC’s 53rd conference in Mangaung next week are unlikely to pay much notice to the DA’s assessment of Zuma and Motlanthe’s performance, as many of them would have already made up their minds when they voted in the series of provincial nominations conferences in the past two weeks. Therefore the DA’s report card is unlikely to provoke a reaction from anyone in the ANC, particularly not the president.

By the time the DA released the report card on Thursday, Zuma would have received word of the outcomes of the two outstanding nominations conferences in Limpopo and the Western Cape. Both conferences collapsed last week after being racked by factional battles.

Both dragged on throughout Wednesday night as ANC members loyal to Zuma and those opposed to his re-election faced off over delegate credentials. While both provinces nominated Motlanthe for president, the votes, together with those from Gauteng and the ANC Youth League which also backed the deputy president, are insufficient to catch up to the lead Zuma has in six provinces and the women’s and veteran’s leagues.

Zuma was in the meantime honouring Umkhonto Wesizwe military veterans at an official medals parade in Pretoria. He was greeted with a 21-gun salute and a fly-past by the South African Air Force (what can make a person feel more presidential than that?) He conferred numerous medals on military veterans, including Winnie Madikizela-Mandela, Speaker of Parliament Max Sisulu, Chris Hani’s widow Limpho, and the Pahad brothers, Essop and Aziz.

Zuma also awarded Platinum Class II Military Veterans Decorations to himself and former President Thabo Mbeki. However, Mbeki did not show up, with conflicting media reports that he had taken ill and was away in Sudan.

The honouring of ANC veteran struggle heroes would have endeared Zuma to his party members, and the move to honour Mbeki and the Pahad brothers would demonstrate his magnanimity – it is not known if the ceremony was specifically timed to take place a week before Mangaung.

And to cap it all off, on Thursday afternoon in Potchefstroom in the North West, the ANC held the last of its monthly centenary lectures honouring the party’s 12 presidents. Zuma had delivered the 11 lectures in honour of his predecessors and the task of paying tribute to the current president fell to his deputy, who also still happens to still be in contention to run against Zuma for the presidency at Mangaung.

Whether Motlanthe still intends to run or not, it could not be a pleasant task for him to deliver a hagiography of his boss. “President Jacob Zuma’s life is exemplary of how positive thinking thrives against all odds,” Motlanthe said, praising his role in ending political violence in KwaZulu-Natal, mediating peace talks in Burundi and government’s turnaround in fighting Aids and TB.

“His mantra is that government should do things differently,” Motlanthe said.

To further increase discomfort levels, those attending the lecture sang songs expressing support for Zuma’s second term as president. Zuma did not attend the lecture, as he left the country on Thursday afternoon for a regional meeting in Tanzania. Three of his wives and some of his children did attend, including his daughter Thuthukile, who addressed the event on behalf of the family. She praised her father as a self-taught intelligent and dedicated person whose “only motivation is to serve his people”.

To round off a rather pleasant day for Zuma, the public broadcaster aired a recorded hour-long television interview on a current affairs programme called A Nation @ Work. Zuma was able to speak at length, unchallenged, on the work of government and his perspectives on issues such as the Marikana tragedy, education and unemployment.

Zuma is well on his way to securing his second term as ANC president at Mangaung and could not have had a better, backslapping way to end the campaign. With the nominations process complete, all that is left is for the electoral commission to collate the names of candidates proposed for the Top Six positions and the national executive committee.

The only unknown remains whether Motlanthe will accept nomination and take the ANC presidency to the ballot. But Motlanthe need only look back on the events of Thursday to know that he has been outgunned and outplayed by his boss. The “C” grade from the DA will be as good as it gets for him. DM