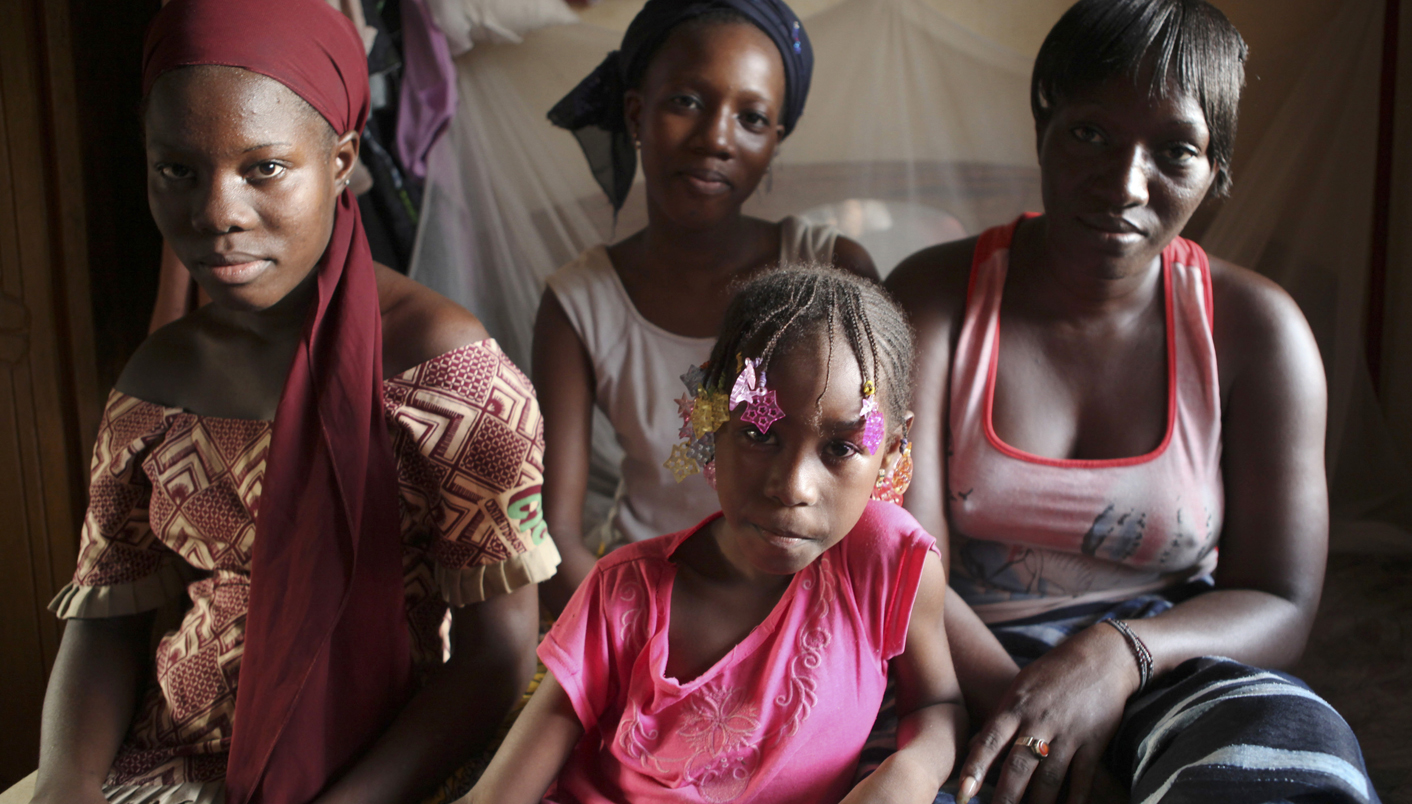 An African Union treaty called the Kampala Convention comes into effect on Thursday in 15 African countries. For the first time, states will be legally accountable for upholding the rights of internally displaced people. By KHADIJA PATEL.

According to the Internal Displacement Monitoring Centre (IDMC), there were at least 772,500 IDPs in the North Kivu province on 30 September 2012. In all, there are over 2,435,000 IDPs in the DRC. Sebastian Albuja, IDMC’s Head of Africa Development, said that when M23 began its advance on Goma last month, “They hit an internally displaced persons camp, the Kanyarucinya camp, forcing people to flee.” Albuja said the camp, which housed about 50,000 people, was emptied in just a few hours.

Some 300,000 people have been displaced by M23 since April this year. And even as M23 commanders and the Congolese government move tentatively towards negotiations, the clashes between the rebel group and the Congolese army have severely exacerbated the challenges of IDPs in the eastern Congo. This flare-up of violence has further displaced those who were already displaced.

Albuja describes it as a “cycle of violence and displacement”.

On Thursday, however, the “Kampala Convention”, also known as the African Union Convention for the Protection and Assistance of Internally Displaced Persons (IDPs) in Africa, comes into force in 15 African countries. It is the first legally binding regional instrument in the world to compel states to protect and assist IDPs, although South Africa has not yet ratified the treaty and neither has the DRC.

The enforcement of the Kampala Convention is being hailed as a historic achievement. Experts point out that while there is a legally binding refugee convention, dating back to 1951, there has been no equivalent international instrument for IDPs – even though there are at least twice as many IDPs in the world as refugees.

The Convention builds on international humanitarian law and international human rights law, as well as the Guiding Principles on Internal Displacement, promoting and strengthening regional and national measures to prevent, mitigate, prohibit, and eliminate the root causes of internal displacement.

“As a legal document potentially binding all African countries – a quarter of the world’s States – the treaty represents a significant step forward in the protection and assistance of internally displaced people in Africa,” said Bruce Mokaya Orina, the head of the International Committee of the Red Cross’ delegation to the African Union.

The IDMC’s Albuja added that “[t]he Kampala Convention is an African solution for and African problem.” He pointed out: “It is not a UN convention; it is an African Union convention, so it is a success for Africa.”

As such, he said the Kampala Convention had specific provisions for situations like the one in the DRC’s North Kivu province.

The Convention aims to establish the responsibilities and roles of armed groups and non-state actors towards IDPs with respect both to preventing internal displacement and providing protection and assistance to internally displaced communities.

The DRC is, of course, not the only African state currently struggling to come to grips with the challenges of a vast IDP population.

Last month the UN’s Special Rapporteur on the human rights of internally displaced persons, Chaloka Beyani, urged the Sudanese Government to boost its efforts to find durable solutions to the needs of IDPs there.

“I urge the Government of Sudan to adopt a comprehensive approach to durable solutions, which facilitates voluntary returns as well as local integration and resettlement,” Beyani said in a statement. He encouraged the Sudanese government and the international community to integrate displacement-affected communities into urban planning, development, and livelihood projects.

“A key step in this direction is addressing the very dire situation of IDPs in terms of safety, and their basic rights to adequate food, shelter, health, education, water, and livelihoods,” Beyani said.

According to the Office of the UN High Commissioner for Refugees, there are some 2.4 million IDPs in Sudan who have been displaced by violence in various parts of the country, including Darfur, Blue Nile and South Kordofan.

Beyani added, “Concerted efforts are needed in order to meet these and other assistance and protection needs of IDPs, to create an enabling environment in which to achieve new political solutions, and put in place practical measures to ensure the implementation of agreements that have already been signed.”

Albuja explained that the Kampala Convention provided African states with a roadmap towards long-term sustainable solutions for the challenges of internally displaced people.

As well as calling for protection from arbitrary displacement, the Convention also determines the responsibilities of the African Union, multinational companies and private security actors. The ultimate success of the Convention may, however, lie in its advocacy for righting the wrongs associated with displacement, including the loss of housing, land and property.

Megan Bradley, an attorney working with the Brookings-LSE Project on Internal Displacement, wrote in October that the Kampala Convention “represents a critical new tool for tackling some of the largest and most complex IDP situations in the world”. She said the Convention’s directives regarding lost housing, land and property could prove crucial.

“The question of remedies for lost housing, land and property is particularly important, as land conflict is at the root of many internal displacement flows in Africa, and the resolution of hotly contested land claims represents a key barrier to solutions for thousands of IDPs,” she says.

“The Kampala Convention rejects a narrow focus on the restitution of housing, land and property rights, and offers a more pragmatic, contextually appropriate approach to remedying loss than we have seen in previous instruments.”

It is, of course, all far easier said than done.

As the Convention comes into effect tomorrow, there needs to be an emphasis on ensuring the solutions proposed by the Convention are actually made available to those affected by displacement.

“It’s been a long process, but the Convention is only a beginning,” Albuja said of the prospects of real life impacts of the Convention.

The Convention was first adopted in 2009 by the African Union. Since then 15 of the 53 AU member states have ratified the convention – Benin, Burkina Faso, Central African Republic, Chad, Gambia, Gabon, Guinea-Bissau, Lesotho, Niger, Nigeria, Sierra Leone, Togo, Uganda, Zambia, and most recently, Swaziland. A further 37 of 53 countries in the AU have signed the convention, thus indicating a tacit agreement with its contents.

He argues as well that while some facets of the Convention do require time and legislation to implement, parts of it can actually be implemented immediately.

For him, implementation of the Kampala Convention starts off simply. “Things like providing identity documents to IDPs so they can access education and health facilities can be done immediately,” he said. DM

Photo: Refugees from the Malian town of Timbuktu, which is now under the control of Islamist forces, pose for a picture at their private accommodation in the West African country’s capital Bamako September 8, 2012. 26-year-old Arkia Ascofane (R) has been a resident in Bamako for some time. The others, including two of her sisters and a niece pictured with her, fled Timbuktu recently and are now staying with her. After a coup earlier this year rebels took over the entirety over northern Mali. The U.N. refugee agency says over 450,000 people have since fled their homes. Picture taken September 8, 2012. REUTERS/Simon Akam