Analysis: Why would anyone defect from ‘flawless’ Eritrea? 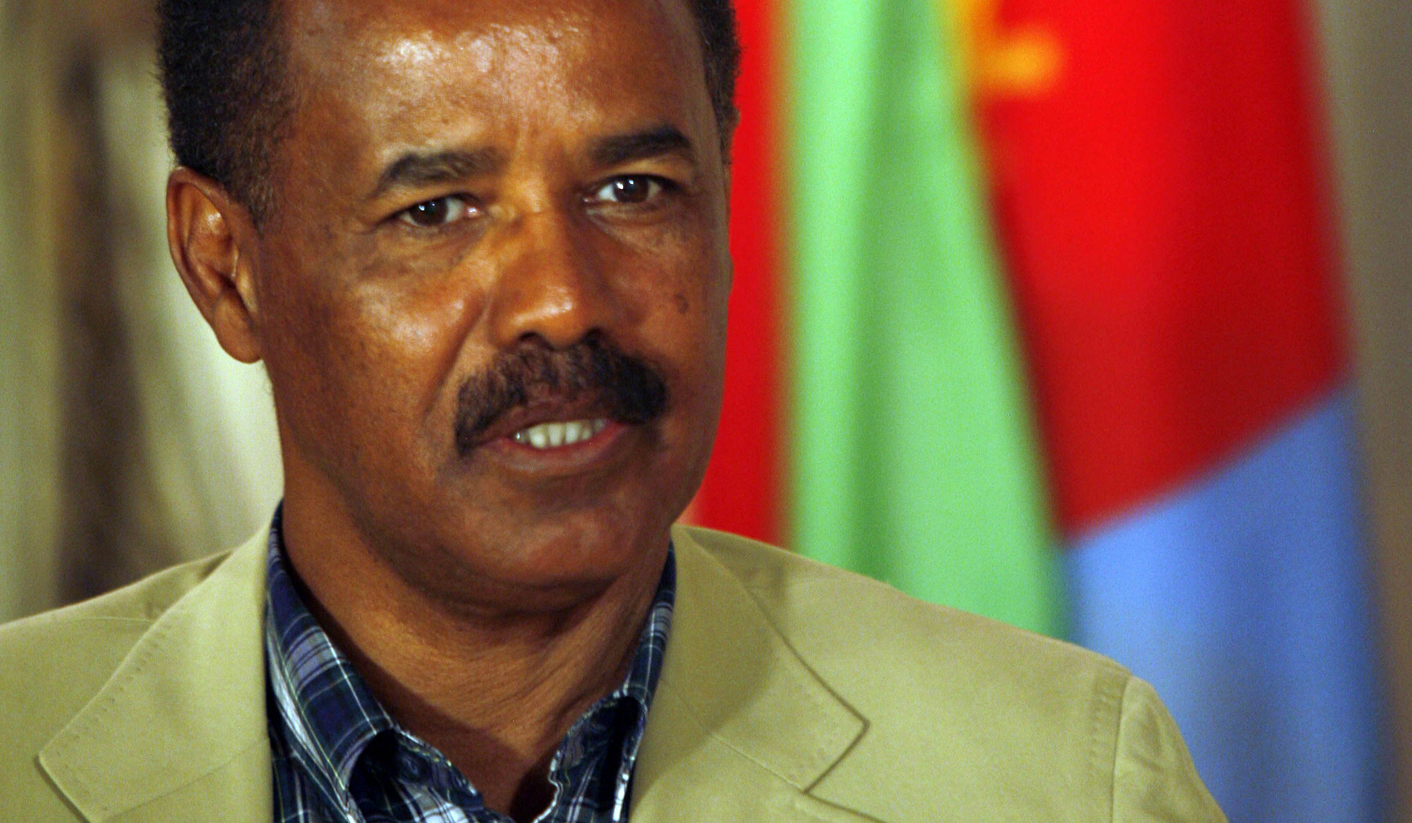 Eritrea, if its vocal praise-singers are to be believed, is a wonderful place, where everyone is happy and the government works tirelessly to improve the lives of its people. Their national football team didn’t agree. After a football match in Uganda this week, the squad defected en masse, and are now seeking asylum. So what’s wrong with Eritrea? By SIMON ALLISON.

A few months ago, I made the mistake of writing an article that portrayed Eritrea in a negative light. I outlined the country’s awful poverty statistics (GDP per capita is just $700, one of the lowest in the world, and it’s ranked 177th of 188 countries in the United Nations Human Development Index); I referenced its human rights violations, so severe that Human Rights Watch describes it as “one of the world’s most repressive and closed countries”; I talked about its dysfunctional and dictatorial governance, which has earned numerous unflattering comparisons to North Korea.

But apparently I was wrong, as a stream of vitriolic and personal attacks in the comments section, on Twitter and even in phone calls told me. Here are a few samples (all unedited):

“Why do you hate Eritrea and Eritreans? It is always biased and full of hate when you right about Eritrea?? What is your beef?? Is your pay check from comes from Ethiopian embassy from SA?? Please top beeing [sic] yellow journalist.” – Keb Fact

“Simon Allison a muster [sic] of copy and paste. I don’t know how you call yourself a journalist. Too sad to see a journalism career in the hand of lazy pundits…Eritreans believe in self reliance and they are proud of what their country is. They refute servitude to who ever undermines them; outright they reject the master serf relationship that we often see today between the “big” and the “small” –sadly the writer seems to fall in this camp. Eritreans believe in mutual respect and lasting relashinship.” – Yohannes Degen

“ERITREA is developing rapidly and continue [sic] to do so because of the hard work of the government along side the nation, purely focusing in the best interest of the people, making Eritrea an all rounded, flawless influencial country, not just for Africa but the whole world.” – Aster Afeworki

Well, that’s me put in my place. I, along with most of international civil society including Amnesty International, Human Rights Watch and Reporters Without Borders, must have been labouring under a mistaken impression. As was the United Nations, clearly, which has issued a string of critical reports and even imposed sanctions.

In support of this more optimistic view of Eritrea – although expressed with more grace and a few caveats – is Ambassador Iqbal Jhazbhai, South Africa’s representative to Eritrea. In an interview with the Daily Maverick in May, he said that Eritrea was a much misunderstood country. “This is a country poised for lift-off,” he said, adding that President Isaias Afwerki was actually “very popular among the people” and that it is “certainly not as closed a society as people make it out to be”. It has also made some genuinely impressive strides over the last few years, becoming one of the few African countries to make significant progress towards meeting the Millenium Development Goals.

Unfortunately for Iqbal and Eritrea’s mildly threatening online praise singers, not all Eritreans are convinced that their country is “poised for lift-off” – especially not the estimated 1,000 refugees fleeing the country every month.

In stark illustration of this, the Eritrean national football team went to Uganda this week for a regional cup match – and never came back. After losing their game by two goals, 17 players and the team doctor disappeared in Kampala, apparently with the intention of seeking asylum. Radio France International spoke to one of the players electing not to return home: “He said he had decided to flee Eritrea because of its many problems, citing the government of President Isaias Afwerki as ‘the main problem’ and accusing it of failing to respect human rights and having a compulsory and extensive programme of military training.”

Ugandan authorities are searching for the players, even placing their photos in national newspapers to aid the search. It is not yet clear what will happen when the players are found; it is likely, given Eritrea’s international reputation, that they will be able to claim asylum and seek resettlement in another country.

Tellingly, this is not an isolated example. In July 2011, half the squad of Red Sea FC – Eritrea’s leading domestic team – failed to turn up to their flight after being knocked out of a tournament in Tanzania. Eighteen months before that, a dozen members of the national squad stayed put after losing a game away to Kenya.

In fact, the problem became so bad – and so embarrassing for Eritrea’s sensitive government – that authorities instituted a new rule that athletes traveling overseas had to lodge a $6,700 deposit before they could leave the country. This, however, was not enough to prevent four Eritreans from seeking asylum after the Olympics; nor was it enough to make their football team get back on the plane in Uganda.

“I still very much love my country, but it’s the harsh conditions and lack of basic human rights which has compelled me to seek asylum,” said Weynay Ghebresilasie, a 3,000-metre steeplechase Olympian and Eritrea’s flag carrier at this year’s games, after his defection.

On Twitter, in chat rooms and in comments sections, it is very easy for Eritrea’s vociferous supporters to attack critics and talk up their country as a model of post-colonial success. It is much harder, however, to give up your home and your livelihood (and that not insubstantial deposit) in order to escape what refugees and asylum seekers have repeatedly described as a repressive, dictatorial regime. Whose account of Eritrea would you trust? DM