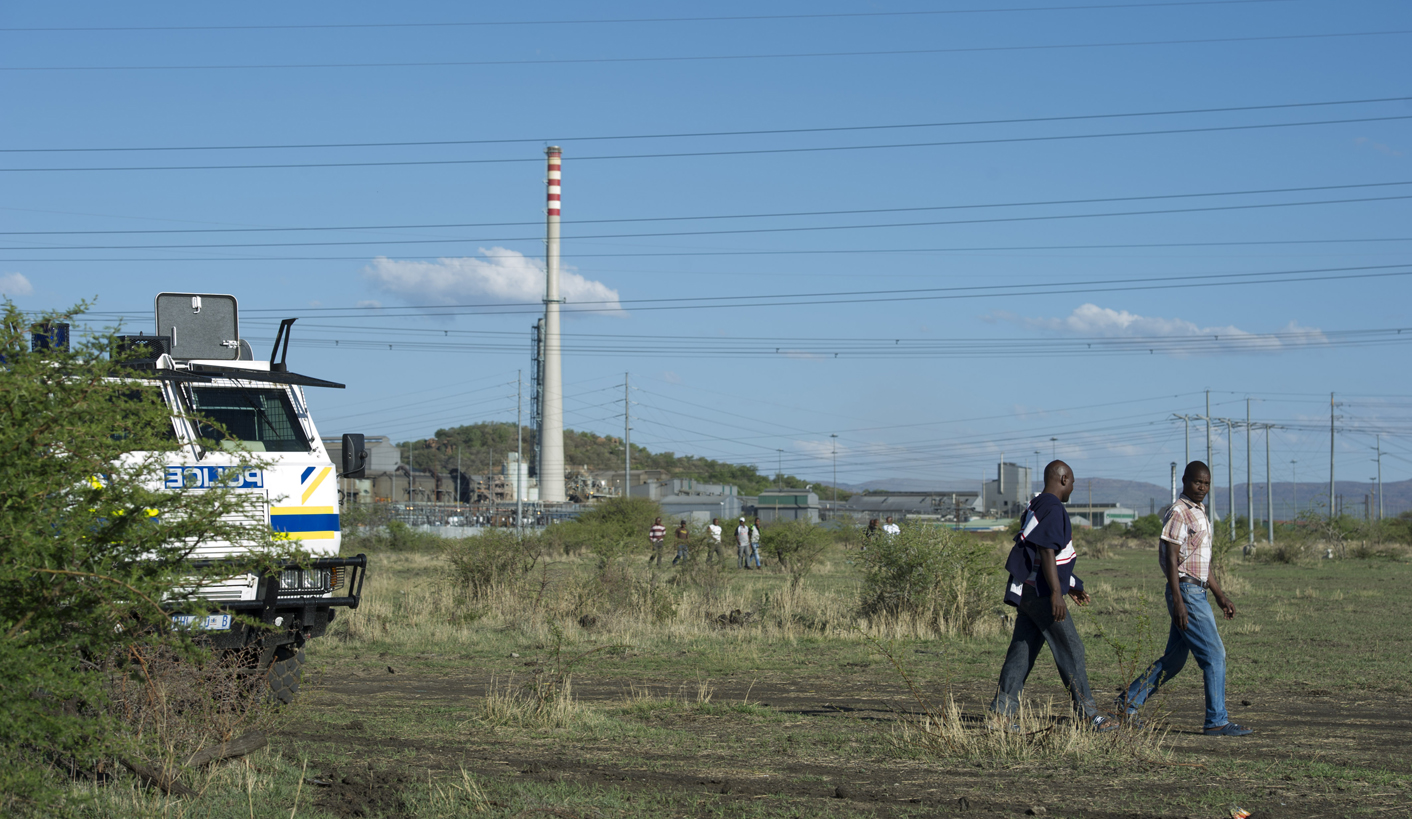 AMCU president Joseph Mathunjwa appeared credible and honest under scrutiny once again at the Marikana Commission of Inquiry. But for the intervention of lawyers sympathetic to his side, he could have been left tainted. By SIPHO HLONGWANE.

The animosity between the National Union of Mineworkers (NUM) and the Association of Mineworkers and Construction Union (AMCU) before 16 August has led the president of the latter into sharky water at the Marikana Commission of Inquiry. Joseph Mathunjwa was unexpectedly called upon to intervene in the escalating labour unrest, even though his union was not the bargaining partner to the company. His politicking has opened an opportunity for lawyers to question his priorities.

Tshepiso Ramphele, the lawyer acting for two security guards who were killed by striking miners, put it to Mathunjwa that the union was responsible because some of the men who committed the murders were AMCU members. Mathunjwa backed out of that charge by stating that his union never called the strike.

“We regret the loss of life, but we can’t take responsibility, because this was the workers’ strike, not the AMCU’s strike. As a union you can’t divorce yourself, but it doesn’t mean you agree with them,” Mathunjwa said.

Previously, the AMCU president also stated that they had agreed with the company’s legal bid to have the strike declared unlawful before the 16 August massacre happened.

Takalani Masevhe, who is acting for the family of Warrant Officer Tsietsi Monene, also challenged the unionist for not trying to warn the police that threats had been made against them. A video was broadcast earlier at the commission, and shows the striking workers being addressed by one of their leaders in Mathunjwa’s presence.

“If the police claim to have safety, they should go and apply that safety to the employer. We are not leaving this place unless we get what we want,” the strike leader, Mgcineni Nokwe, said. “Let them go immediately. Those police brought here are going to remain here. They will not be able to get back into that hippo. We will finish them here.”

He was killed at the hands of the police later that afternoon.

Masevhe questioned why Mathunjwa did not try to either stop the miners from making threats, or why he didn’t warn the police. However, the union boss has stated on several questions that the police were uncooperative towards him on that day. Also, he has said that as much as his union was more trusted by the striking miners than AMCU, he didn’t have the power to make the workers do anything. The only promise he extracted from them was that they would disarm if Lonmin came to negotiate with them.

Ramphele and Masevhe were two of several lawyers who failed to make headway against Mathunjwa for asking redundant questions. This was in contrast to the stern cross-examination of police advocate Ishmael Semenya and Lonmin advocate Schalk Burger SC on the previous days of this cross-examination.

It was left to Dumisa Ntsebeza, who represents the families of the 34 miners who were killed, to recast Mathunjwa in a positive light after other lawyers suggested that AMCU may have been involved in goading the workers. He, the lawyers for the injured and arrested miners and AMCU are trying to paint the tragedy as having been the fault of the police, the company and NUM.

After the commission saw videos of AMCU national organiser Dumisani Nkalitshana singing songs about killing the NUM with the striking miners, Ntsebeza cross-examined Mathunjwa to give the meeting an innocuous cultural connotation.

“In my culture, it is December now and we will be going back home where I will take my sharpened stick. As we sing and dance, we do the clashing of the weapons every time,” Mathunjwa said, when asked why he hadn’t been afraid of the armed men.

Ntsebeza was briefly challenged by Lonmin’s Burger on the songs, and replied by comparing them to chants between football fans.

Mathunjwa’s history with NUM was also clarified, when Ntsebeza asked about the animosity between the two unions. When he was NUM’s local secretary at Douglas Colliery, he was expelled for leading a reportedly unprotected strike. His membership was terminated after he refused to sit in on a disciplinary hearing chaired by the then NUM general secretary Gwede Mantashe (now the ANC secretary general), citing it as unfair.

So far, the testimony of Mathunjwa has revealed that the police and the company may have failed to listen to him, even though he apparently got a breakthrough promise of disarmament and dispersal on the 15th. But we have also learned that he and his colleagues leapt at a chance to seize Lonmin away from NUM, and could have been inappropriately zealous in their interactions with the miners. Of course, their actions on the day would not have been viewed in this light if nobody died.