The agonies of choice: Kgalema Motlanthe contemplates the future 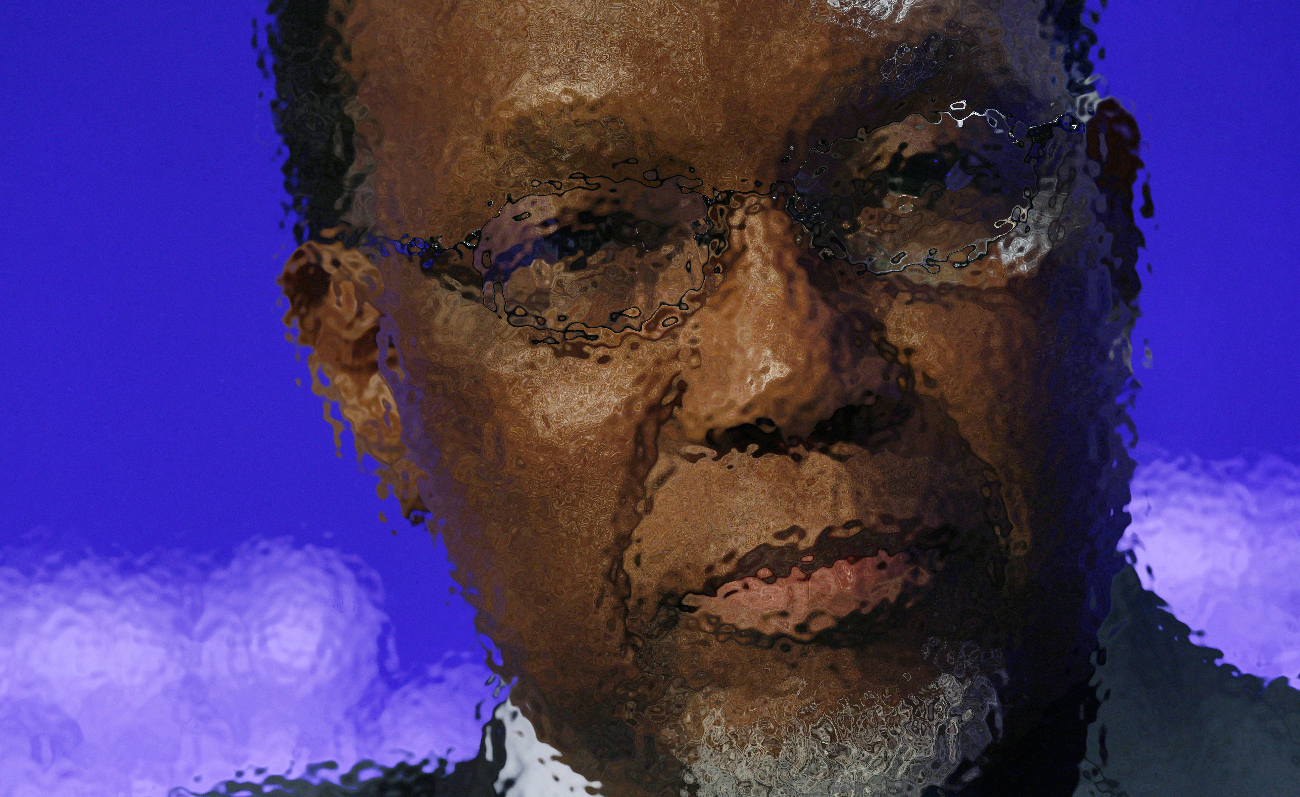 Will Kgalema Motlanthe’s in-the-shadows, non-campaign campaign for the leadership of the ANC one day bring him success? Or is his fate simply to become the man who might have been, could have been, South Africa’s president, but didn’t? By J BROOKS SPECTOR.

In one of Nadine Gordimer’s short stories, written just as the ANC was returning home from exile, her protagonist, General Giant, goes from being the hero of the revolution in an unnamed African land, to a slightly embarrassing political afterthought. Giant is the would-have-been big man who, by the end of the story, is finally glimpsed, idling away his time in increasingly less meaningful honorary appointments, enjoying a glass or two of liquid courage and in the company of increasingly dodgy characters. Is Kgalema Motlanthe’s fate to be a variation on that theme?

In the flesh, the very real Kgalema Motlanthe certainly has a more careful, measured demeanour than Gordimer’s fictional General Giant ever did. Unlike Giant, Motlanthe did not go into exile or fight in the bush. Instead, long before becoming the nation’s deputy president (and, briefly, its president as well), as a young man, he had been deeply affected by the student uprising of the mid-1970s, had served his time on Robben Island, risen through the ranks of the National Union of Mineworkers, and then within the ANC as well. According to his biographer, Ebrahim Harvey, Motlanthe became a disciplined ANC party man after some youthful flirtations with the Black Consciousness ideology that had been particularly popular with African students in the 1970s. Harvey adds that Motlanthe had been an eager reader of works by authors like Franz Fanon and the embattled American black power theorists and fiction writers of the 1960s.

Kgalema Motlanthe has chosen Friday, 30 November, as the day to speak to the international media. There is more than a little frisson of interest about this. In the first place, the intended meeting space has migrated from a standard conference hall in a downtown Pretoria hotel to the Department of International Relations and Cooperation and then to the grandiose setting of one of the formal meeting rooms in the Union Buildings, Sir Herbert Baker’s great sandstone pile that overlooks the capital.

Is this an effort to demonstrate Motlanthe’s “presidentialness” – in contrast to someone else? Jacob Zuma, after all, had recently met many of these same journalists in a garden-variety meeting room of a Johannesburg country club instead. That earlier meeting hadn’t gone so well, however. Following a laundry list of a prepared speech, Zuma had managed to compare piloting South Africa to captaining the Titanic, and calling the Marikana massacre a “mishap”. Those became the media takeaways from that meeting. Just perhaps the deputy president has chosen the Union Building for its symbolic, subliminal message in contrast.

In fact, this meeting has taken place the very morning the ANC’s Gauteng nominating convention has actually nominated this deputy president to be the president of the party’s national body, for when the party actually assembles in Mangaung in mid-December to select its leader. The odds, of course, are still very, very long on Motlanthe being elected party head; but then a week is a lifetime in politics, as the old pros like to say. So who really knows what will happen when 4,000-plus delegates are packed together in one hall and the spirit moves them somewhere. And then, too, the vote for party leadership may just the first act in a larger drama to determine who eventually comes to head the party’s ticket – going into the 2014 general election.

And so Kgalema Motlanthe answers almost all his questions – at great length, carefully, with lots of corroborative detail, but usually without a definitive conclusion, precise position, idea or recommendation. Rather it seems to be the illusion of specificity.

On the problems now haunting the country’s mining sector, he says it would be a good thing to eliminate the migrant labour system and to make it easier for miners to live at home where they work. But when one questioner tries to pin him down on the leadership succession for Anglo American Corporation, Motlanthe agrees it would be an advantage if the company had a South African citizen who understands the place; but, on the other hand, the company has had excellent leaders who were not South Africans as well.

Somehow those comments seem slightly at odds with previous views from the deputy president. He told a mining conference earlier this year: “Contrary to the view that there must be less state involvement in the economy, the lessons from recent economic and financial crises corroborate our enduring position that more state involvement is sought to secure orderly socio-economic development of its citizenry”.

Meanwhile, as to whether or not he should accept a nomination to run for his party’s presidency, he explains that he is still carefully, thoughtfully, mulling over even the idea of such a move. He explains that a potential candidate must only be responsible for answering to the party’s electoral commission. “I’m still agonising over it,” he says, and then adds, “Who knows, I might not even be nominated.” In fact, Motlanthe even demurs from the suggestion he is even a politician at all. Rather, he is merely a man with political attitudes.

One area where he is clear is on the nature of the malaise in his party. No longer the vanguard of a revolution in which the people who joined were prepared to risk their lives; now, too often his beloved party is a vehicle for self-advancement and monetary aggrandisement. For Motlanthe, this is the original sin of incumbency. As such, one can no longer rely upon the party’s history to attract new people who have a vision of service.

As Motlanthe explains, “Once it gets to a point where it becomes a matter of life and death to occupy a position of leadership or not, with an eye on future opportunities, therein lies the danger. The duty to be of service is lost… With time, you end up with a web of connections and patronage that is challenging.” However, no prescription of how to deal with this ailment has been forthcoming on this particular morning.

As questions trying to pin down the differences between the president and deputy president come from the room, Motlanthe insists that the two men do not differ on broad policies, only on small things. That prompts the question about whether he, Motlanthe, now owes it to the people of South Africa, not just the delegates to Mangaung, to explain what he believes in, given the fact that many are calling for him to seek the party’s top office. That prompts a very long answer about the structure of government and the interrelationships between party and governance, but that basically slides right around that question. Well, okay, now it is clear he is a politician, despite what he said earlier; and it is also increasingly obvious he would be one helluva poker player too. He is impassive. Even a softball question about who his exemplars as world leaders are effectively goes unanswered by the deputy president.

Turning to foreign policy, on the South African vote to give Palestine observer status at the UN, he says, yes, his government voted that way, but that Israel does have the right to exist. And as far as Zimbabwe goes, he denies ever having said the “MDC is not a political party but rather an instrument of ‘neo-colonial’ intervention, ‘anointed’ by western powers to impose Iraq-style ‘regime change’ on Zimbabwe”, as Business Day reported he had told ANC chronicler Padraig O’Malley. Instead, Motlanthe notes the MDC is now part of Zimbabwe’s government and that it did indeed begin as an indigenous protest movement.

And as to what South Africans should look for in the leadership of their government and its governing party, he refers the journalists back to that venerable 2001 party document, “Through the Eye of a Needle?” That discussion document argues, “Leaders should represent the motive forces of the struggle… Those in leadership positions should unite and guide the movement to be at the head of the process of change… They should lead the task of governance with diligence. And, together, they should reflect continuity of a revolutionary tradition and renewal which sustains the movement in the long-term.”

The journalists keep trying to find a way inside to figure out what makes him tick, what animates him. Asked which would be his key priorities if he were, by some magic, to be put in charge, he responds that improving education and health, decreasing crime and corruption, enhancing rural development and advancing land reform would be his key goals. Well, they would be. And as to what has gone wrong in education, Motlanthe puts much of the blame on Apartheid-era teacher education. Verwoerdian educational policies deliberately lowered the quality of black teacher training and that now, decades later, there is a great need for more (or better) teachers’ colleges.

As the meeting draws to an end, he is asked about freedom of expression and the writer and artist’s right to self-expression. Somewhat surprisingly, Motlanthe issues his most direct disagreement with his government senior, saying, “What an artist does can be more scathing than words, but [they] have a right to express them” – words that put him rather at variance with the views of his president and many others in his party.

As the journalists gather their things and move outside for that obligatory group photograph on the Union Building steps, one reporter mutters sotto voce, “Hmm. We know less about him now than we did when we came into this building!” Well, one thing we do know for sure is that Deputy President Kgalema Motlanthe was not about to tip his hand to a bunch of foreign news hounds. Not yet, anyway. DM