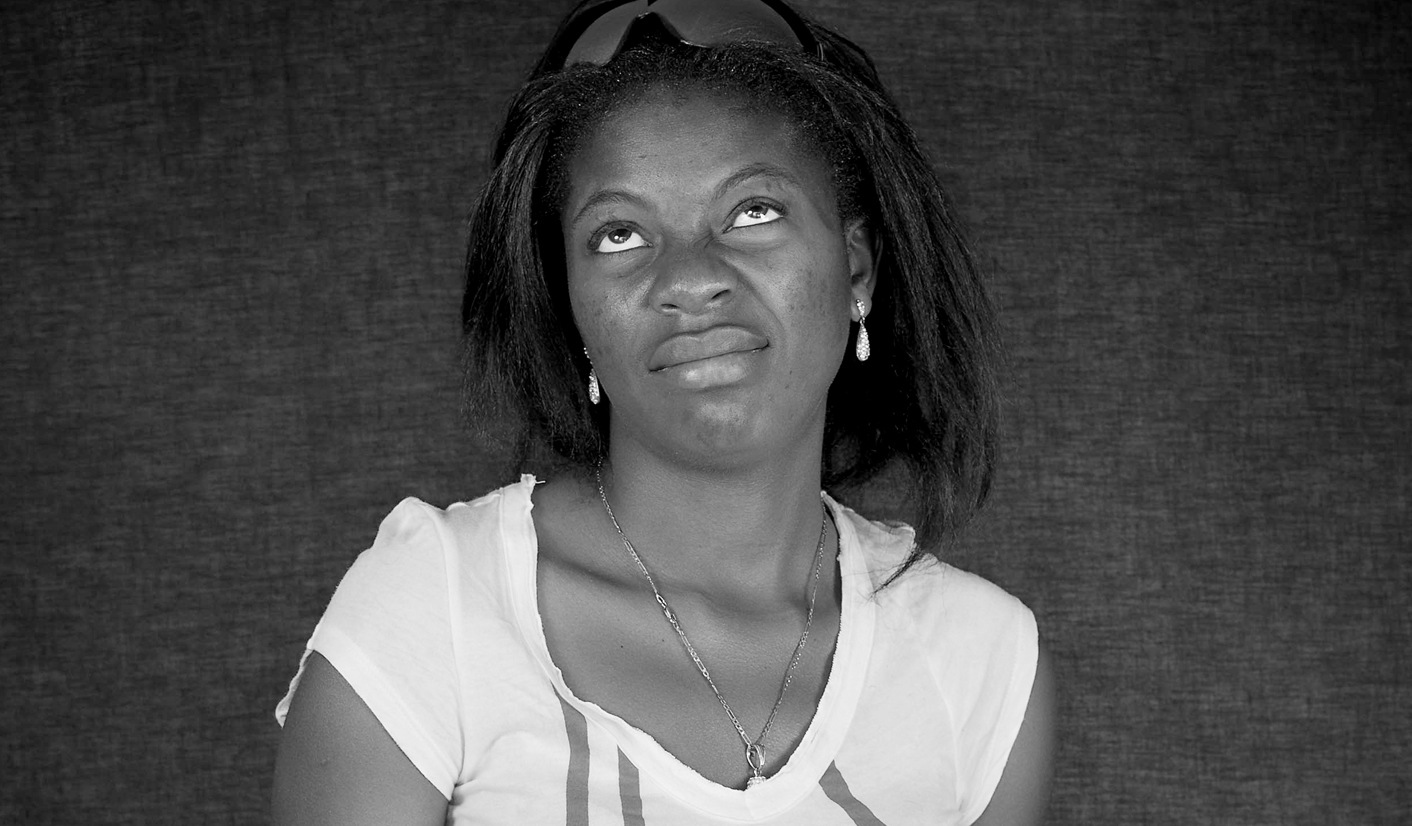 I contracted HIV when I was raped. I was in grade 1 when the guy started raping me, and it ended only in grade 6. I was raped by very close family – my cousin. In the house where I lived. I just thought maybe it was right because I was living with elders who were mistreating me so I just thought everything was right. It was quite confusing; I was just a little girl.

When I was in grade 6 I went to live with my mum. Things were so different, no rape, full of peace, full of love. She took me to hospital for an abscess that later turned into a fistula. Then I found out I’m living with HIV.

Honestly, with my fistula I just believed that it’s normal because I lived with that fistula for years without getting any help. One of the health workers just told me that fistula is normal in people who are HIV-positive. And then I said, oh okay. So I didn’t really worry about that anymore.

I lived with fistula until this year, when I got help, and now it is gone, gone for good.

I didn’t want to be lonely at school.

So most of the time I was just there, trying to have fun and forgetting the fact

that I have AIDS.

And when I started to have boyfriends, it was so hard for me because I knew I had HIV.

HIV is just so confusing and too complicated.

Giving birth was just giving birth. I was used to my pains. When it comes to the point of giving birth, all you want is just for the pain of that baby to go away. There is still too much stigma and discrimination and it’s really hard when you say you have HIV. People walk away because of your status and it’s not your fault that you have AIDS. You know you are beautiful, I mean, and any man would approach you, but as soon as you tell the man that you are HIV-positive or somebody tells him, he walks away.

Even if that man knows he’s also HIV-positive.

I met this other guy. We liked each other and then we went out – and then when we were at a certain place, somebody called and then said, Bra, why are you with that woman?

Then, Do you want to die or what? She’s infected.

Then he asked me, Are you infected? And I said No, I’m not infected. Who told you that?

No, somebody called and told me that you are infected.

So I had to walk away. People talk.

Of course I’m looking for another relationship. Why not? I like being in love, I like being loved. It’s just good to be happy.

I’m an orphan, I was a young mother, I’m infected and I have so many people that I’ve loved that died of HIV and I just felt like doing something, it’s better than just sitting.

What makes me happy is having peace at heart, giving love and getting love. With HIV you just have to find peace with your heart and accept that it’s positive and you’re going to live positive.

I’m self-confident, ambitious, beautiful; I’m a dreamer. I dream big. So my dream is that one day I wake up and the whole world is free to HIV people, that they can walk freely, and nobody is pointing at them.

HIV made me who I am – a strong woman. DM