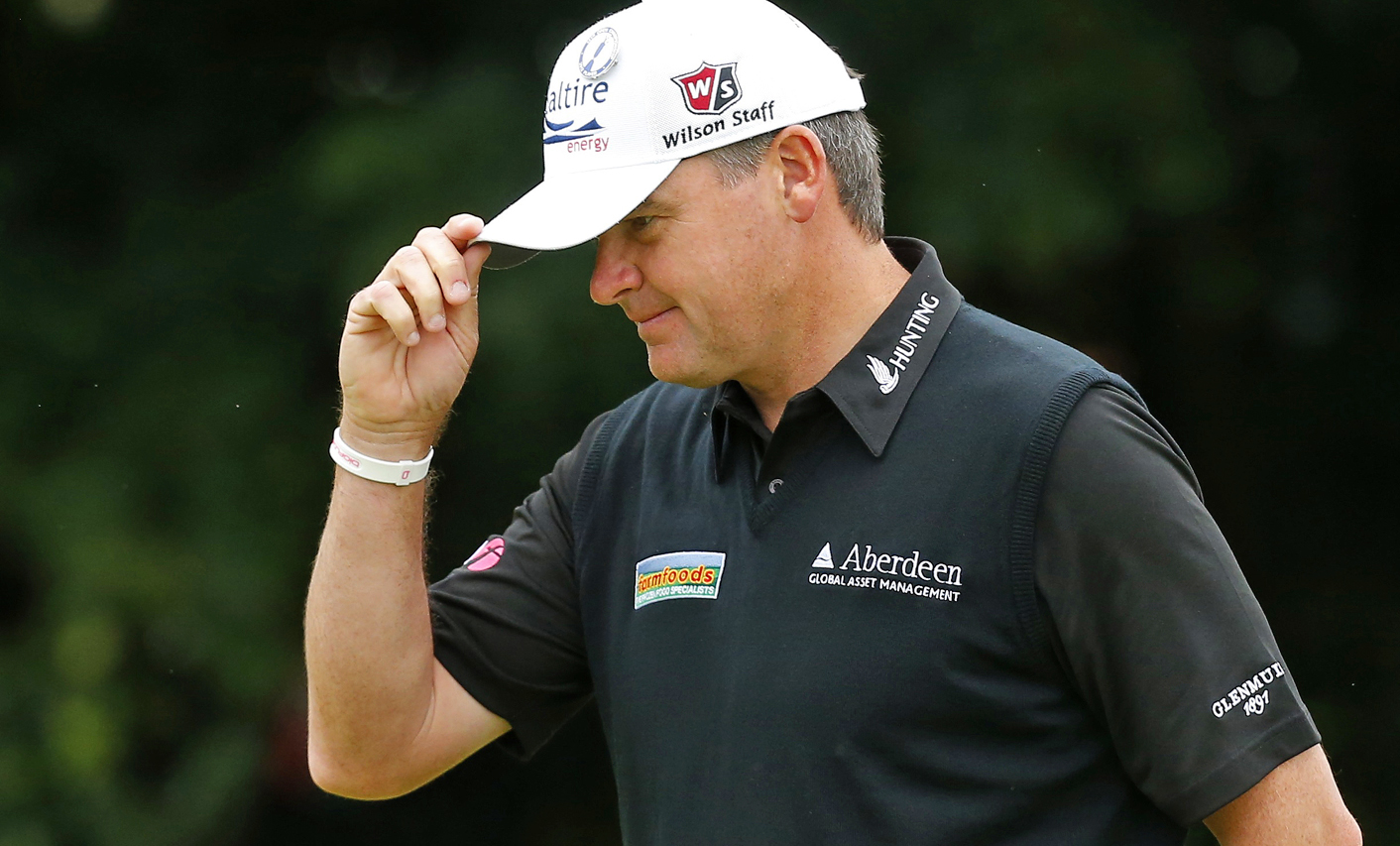 It’s always embarrassing when the temps do the job better than the full-timers, and a similar scenario was developing at Sun City as the Nedbank Golf Challenge reached the halfway stage on Friday. By KEN BORLAND.

Germany’s Bernhard Langer had stayed ultra-cool in the hot, testing conditions to grab the lead in the secondary Champions Challenge for senior golfers, but the 55-year-old had played so well that his nine-under-par tally would also have been enough to give him a five-shot lead in the main event.

The regular tour pros have failed to set the world alight, with Paul Lawrie leading the Nedbank Golf Challenge after two rounds on four-under, one stroke ahead of Martin Kaymer, with South Africans Charl Schwartzel and Louis Oosthuizen amongst four golfers on one-under.

With tight fairways and vicious semi-rough, the Gary Player Country Club tests golfers’ thinking and course management to the max, and the cerebral, ever-composed Langer has flourished with rounds of 68 and 67, the lowest score on both days.

“Experience has a lot to do with it. Probably nobody has played this course as much as me – it’s my 16th tournament here. I played well, just hitting fairways and greens, but it’s important to hit the ball in the right spot here,” Langer said.

American Jay Haas is second in the Champions Challenge on five-under, but he is also leading all the regular tour pros and he admitted he was surprised by the unusual turn of events.

The seniors are playing on the same course, teeing off just before the NGC golfers, and their only allowance is that their tees have been brought forward a bit.

“I’m surprised the big names are not doing better. We’re probably driving the ball where they’re driving it, then they probably take one club less from there. But the thing about Bernhard is that he does not make many mental errors; he doesn’t give strokes away.

“Having forward tees is definitely an advantage on a couple of holes and nobody in our tournament gets close to the distance of those 12 golfers in the main event. But the situation is a little unusual right now,” Haas said.

Lawrie is leading for similar reasons to Langer, the resurgent Scotsman having kept his card clean with just one bogey per day thus far.

He has deliberately minimised risk and his reward was a 69 on Friday.

“I played nicely again. I struggled with the driver so I hit quite a few three-woods, which was a strong club for me today. I gave myself chances and I putted a lot better today.

“This course is demanding off the tee and you’ve got to be in play if you hope to go for the pins. It’s important to drive well; it’s pretty tough out there. The wind is swirling, chopping and changing, and it’s difficult to get your distance right,” Lawrie said.

Kaymer, who began the day in a tie for sixth on level-par, started the second round brightly with three birdies in his first seven holes, but he then bogeyed the eighth and ninth holes, before a solid inward nine of 34 strokes would see him into second place.

The former world number one was delighted to see his countryman Langer doing so well – “He’s like a machine,” he aptly commented – and Kaymer’s approach to the daunting challenge was similar.

Neither Schwartzel nor Oosthuizen has managed to reproduce their pre-tournament form, but they are both handily placed just three strokes behind Lawrie with two rounds to play.

Haas tore through the back nine in just 33 strokes to join the tie for third on one-under, but Colsaerts never recovered from a pair of sevens at the second and third holes to shoot a 78 and slump to the rear of the field.

A golfer cannot afford to relax or lose focus on the Gary Player Country Club course, with the slightest mistake usually being severely punished.

“This course can grab you anywhere because every hole can get you,” Langer warned.

Those spectators heading for Sun City over the weekend will certainly be hoping Oosthuizen or Schwartzel can end the five-year wait for a South African winner.

If Oosthuizen can approach the form he showed in April when he finished as the runner-up in the Masters at Augusta – a course that is similar in many respects – then he will take some stopping.

Schwartzel’s sunny smile has only been spotted sporadically over the first two days, but if his game clicks, he is capable of dominating in a way only Langer has managed so far this week. DM

Photo: Paul Lawrie of Scotland tips his cap after putting on the ninth green during the second round of the British Open golf championship at Royal Lytham & St Annes, northern England July 20, 2012. REUTERS/Cathal McNaughton