SAPS Crime Intelligence: frozen in the political winter of Mangaung 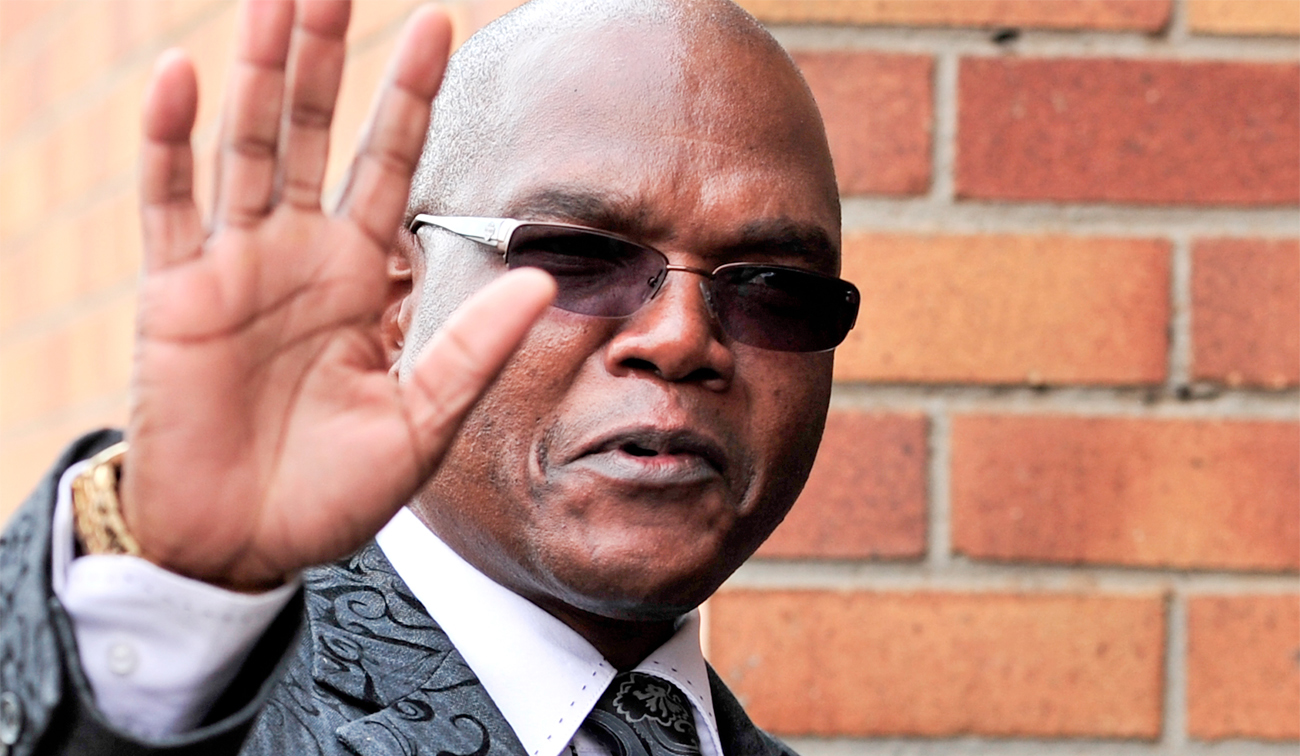 The spy wars in the police’s embattled crime intelligence division are at the heart of a relentless struggle for control between political factions, each fighting to get its man into the much sought-after seat of spy master. Not unlike the Apartheid regime’s security branch, crime intelligence is a notoriously powerful instrument for government, as the eyes and ears on not only the criminal activities of mob bosses, but also the politicians and businessmen with whom they are connected. As this silent battle in the murky world of spies plays itself out in the final days on the road to Mangaung, combating crime has taken a back seat, writes DE WET POTGIETER.

The police’s crime intelligence division – in theory the backbone of crime prevention and the effective combating of crime in South Africa – appear to have become so politicised with factional in-fighting that this expert unit have suffered from paralysis since the struggle for the top post as spy master intensified last year.

“The spy bosses at crime intelligence headquarters in Pretoria are sitting on their hands, too afraid to make a wrong move in the run-up to Mangaung, in case it jeopardises their future in the police.”

In the latest saga of dirty tricks in Spy versus Spy – which was a closely guarded secret until now – Daily Maverick can reveal that the Toshiba laptop of acting head of crime intelligence, Major-General Chris Ngcobo, mysteriously disappeared from the boot of his car, together with sensitive intelligence documents.

In a handwritten sworn statement, Ngcobo’s official driver, Ernest Masemola, said he stopped on 24 September with a Ford Focus in Esselen Street, in Sunnyside in Pretoria, to pick up photographs from Photo Plus. From there he travelled to the Brooklyn Mall and then drove Ngcobo to Doornpoort in the north of Pretoria.

“I parked the car outside [with] my commanding officer, Major-General Chris Ngcobo, [and we] both got out of the car. We walked together to the boot of the car and when I opened it we discovered his laptop was missing.”

Ngcobo, a former head of Protection and Security Services in the Free State and a former head of VIP Protection, was appointed as acting top police spy by national police commissioner Riah Phiyega “to bring stability”  to crime intelligence after the position was vacated following the suspension of controversial former intelligence chief Lieutenant-General Richard Mdluli.

Both local and foreign intelligence sources voiced their concern to Daily Maverick that soon after his appointment, Ngcobo suspended – until after the Mangaung conference is done and dusted – all official authorisation of telephone tapping for agents working on deep cover operations within organised crime syndicates. This ban on surveillance was recently eased somewhat after an investigating advocate from the prosecuting authority intervened.

According to senior colleagues, Ngcobo is sitting with an explosive docket regarding one of his predecessors as acting head of intelligence – and the main rival of Mdluli to this top post, Major-General Mark Hankel – without taking any action. It has been reliably learned that the dossier recommends that action be taken against Hankel regarding the following two issues:

Hankel, the former head of crime intelligence’s operational intelligence analysis section, is a very powerful officer in the division and had always been seen as the main rival of Mdluli for the top post. He was instrumental in drafting the controversial secret report presented to the inspector general of intelligence, Faith Radebe, earlier this year, outlining the allegations of fraud and misappropriation of the slush fund against Mdluli.

The controversy surrounding crime intelligence culminated last year when, with the stroke of a pen, almost the entire top management of the police’s crime intelligence were instructed to vacate their offices and move to other sections in the SAPS. Reacting soon after the purge, police spokesperson Major-General Nonkululeko Mbatha said that “certain interventions have been done directed at the optimal functioning of the environment.” All this was done in the interest of the service, she added.

In total, 11 members of management received their walking letters, and one of them had been suspended while under investigation by the Hawks. They were redeployed to other sections in the SAPS.

“This was not a spur of the moment decision,” a senior police source close to crime intelligence explained soon after the purge. “The investigation into the activities there had been ongoing for quite some time.”

This drastic move by then-acting national police commissioner, Major-General Nhlanhla Mkhwanazi, was a sequel to the crackdown by the Hawks on the controversial division. Mdluli was the first casualty of the purge after the Hawks chief, General Anwar Dramat, received instructions to clean out crime intelligence, starting at the top. Top Cape Town cop, Colonel Piet Viljoen, was brought up to Gauteng as part of the behind-the-scenes investigation.

For some time now, it has been possible to sense from within the ranks of crime intelligence an eerie atmosphere of distrust since Mdluli’s arrest, especially as the police spies started to panic and closed ranks. (Mdluli was recently cleared of the murder charge, but remains on suspension.)

The next to go was the controversial former Gauteng boss, Joey Mabasa, who fell from grace owing to his wife’s links with the Czech fugitive Radovan Krejcir’s wife. Mabasa took a severance package last year and left the police quietly.

In another strange move by the crime intelligence top brass, the police refused to give reasons for the massive destruction of extremely valuable and sensitive documents and surveillance material regarding the activities of international crime syndicates and local drug lords soon after Mdluli was arrested for murder last year.

It is believed that the purge of the police’s spy unit in November last year was partly the result of the bitter internal political struggle which lead to the panicky destruction of vital evidence that pointed to links by top ANC politicians and family members with crime syndicate leaders.

According to intelligence sources, Operations Dante and Snowman were two top secret intelligence-driven investigations into the links of South African crime bosses with, in particular, the dangerous crime syndicates operating from the Balkan countries – with the main focus on Serbia and Montenegro.

“There were at least 30 targets whose telephones were legally tapped in these operations,” sources closely connected to these deep cover operations said.

Some of the key “targets” the agents were eavesdropping on were, among others, the slain gangland boss, Cyril Beeka, the murdered king of sleaze, Lolly Jackson, the Czech fugitive, Radovan Krejcir, one of his Serbian business associates, Veselin “Vesco” Laganin, and convicted drug dealer, Glen Agliotti.

Asked for comment, the then Hawks spokesperson, Colonel Macintosh Polela, said: “We don’t give out information on crime intelligence operations. As such, I’m unable to respond to any of your questions.”

Since Phiyega took over as police commissioner earlier this year, Mkhwanazi was redeployed. Before she took over the reins, he had been rumoured to be the frontrunner for the intelligence post. Mkhwanazi took the decisive decision last year to suspend Mdluli from his post as intelligence boss pending the outcome of the murder trial.

According to well-placed sources, within days of Mdluli’s arrest, Hankel withdrew particular crime intelligence material from the vaults at crime intelligence head office in Pretoria, and the frantic shredding started around the clock, destroying vital evidence regarding international organised crime syndicates. Hankel, who is regarded as “very knowledgeable”, with a lot of sensitive information, including the criminal activities of influential people, declined to comment.

Showing his hand in this relentless battle for the heart of crime intelligence, soon after his arrest, Mdluli handed the so-called Ground Coverage Report to President Jacob Zuma, in which it is alleged that certain high-profile ANC leaders, including Human Settlement Minister Tokyo Sexwale, KwaZulu-Natal Premier Zweli Mkhize and Bheki Cele, plotted to overthrow Zuma. These claims of a conspiracy against Zuma were vehemently denied.

Only a few weeks away, the ANC’s Mangaung conference will define the winners and losers, at least for the time being. One question remains difficult to answer, however: will the police crime intelligence unit ever become what it is supposed to be – an elite department whose only true masters are the people of South Africa? DM