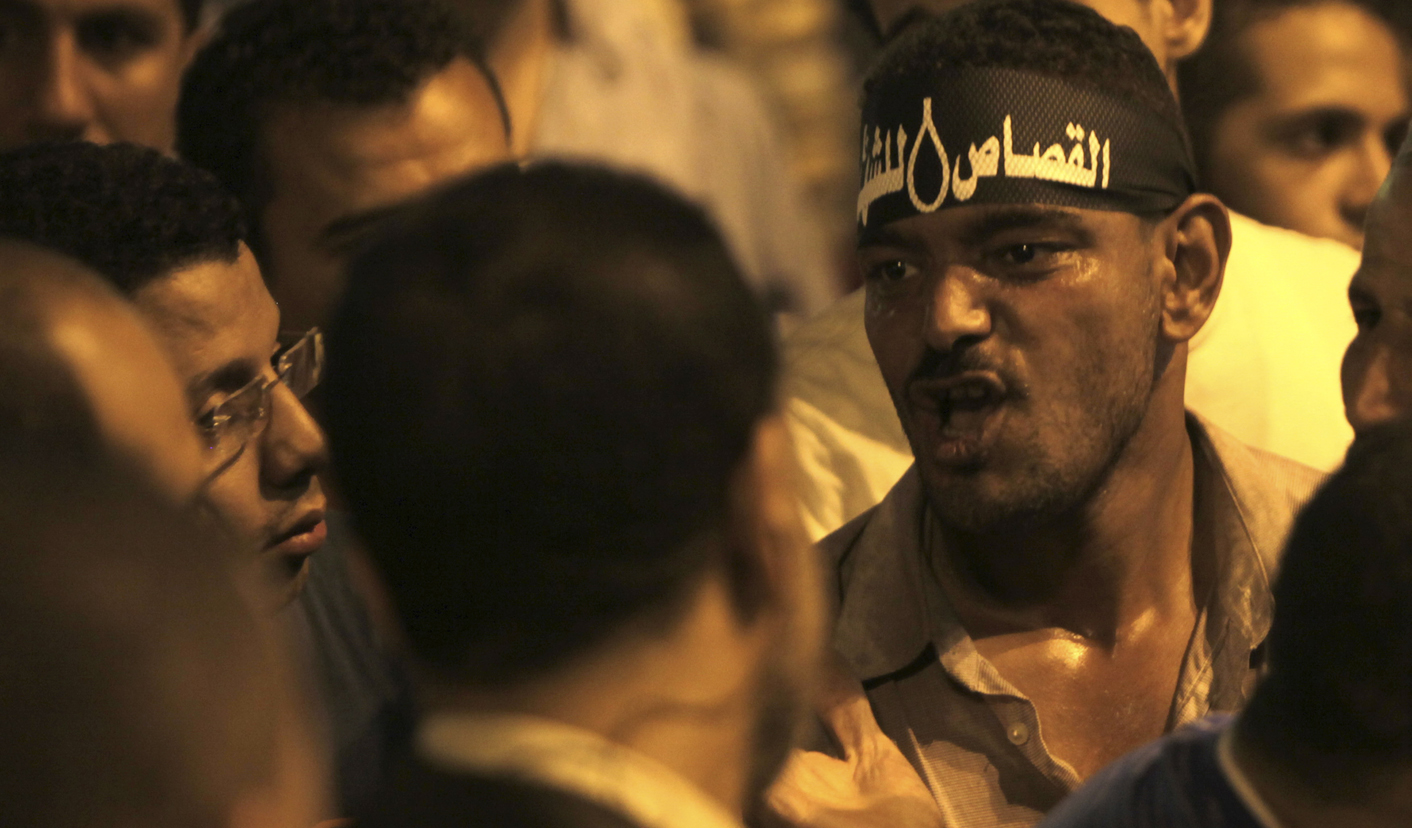 The decree that expanded President Mohamed Mursi's powers and plunged Egypt into crisis came as a shock to some of his team; a step with huge legal ramifications, it appeared to have caught even his justice minister off guard. By Tom Perry.

The surprise move on Nov. 22 has fueled debate on how far the Muslim Brotherhood is dictating policy and ignoring cabinet members and others in an administration that Mursi presents as being inclusive of Egypt’s political forces and not dominated by the Islamist party whose electoral muscle put him in office.

Signs that Mursi failed to consult those formally appointed as his advisers on a decree that has set off countrywide protests and violence have given ammunition to critics.

These paint a picture of a man with autocratic impulses who either heeds only his own counsel or, what is more troubling to many, is in thrall to old friends in the Brotherhood, a movement long banned by the old regime and which many Egyptians still view with suspicion as a secretive cabal with radical aims.

That is the very perception he has been trying to fight since he came to office, when the Brotherhood pledged to free Mursi of partisan pressure and he himself promised to be a president for all and to build a broad-based presidential administration. Much of that work has been undone.

“There is a lot obscurity linked to how decisions are taken in the presidency,” said Nabil Abdel Fattah, a political scientist. “There is a certain party that is taking this decision,” he said. “And the most likely answer is that it is members of the Muslim Brotherhood.”

At least two of Mursi’s advisers have resigned in the days since he issued a decree opponents see as a major threat to the country’s nascent democracy. One of them, a Christian, had the title of Mursi’s assistant for “democratic transformation”.

Like most Egyptians, Samir Morkos only learnt of what was in the decree when it was read on state television late on Thursday, he told the London-based Asharq al-Awsat newspaper.

Another adviser, Emad Abdel-Ghaffour, told Reuters he had not been consulted either. Head of the hardline Islamist Nour Party, he is still serving as an adviser on “social outreach”. He is in almost daily contact with Mursi, an aide said.

“Our opinion was not sought,” Abdel-Ghaffour said of the decree, adding that he had reservations on the text, but like other Islamists, was broadly supportive of it.

It is the second time Mursi has surprised Egyptians with a dramatic move that has challenged perceptions of him as an accidental president – the man who ran only because the Brotherhood’s first-choice candidate was disqualified.

Khairat al-Shater, the group’s original candidate, has largely stayed out of the public eye since Mursi took office.

Mohamed Habib, a former Brotherhood deputy leader who left the movement last year, said he had no doubt Mursi had consulted the group before making such a controversial move: “It’s clear that some were consulted, and others were not,” he said.

“He is in great need of their backing, especially when a decision is expected to face attack,” he said, referring to the Brotherhood. “He has not and will not break with them until he is on a firm footing in the presidency,” Habib told Reuters.

Mursi, a 61-year-old, U.S.-trained engineer, similarly made waves with an August decision that forced into retirement Hosni Mubarak-era generals who had established themselves as a rival source of authority. That time, Mursi enjoyed broad support for sidelining Field Marshal Hussein Tantawi. Not this time however.

Critics of Mursi’s decree fear it puts at risk the entire democratic transformation in Egypt, run for decades by army-backed autocrats. Among other controversial articles, it shields from judicial review decisions taken by Mursi until a new parliament is elected some time next year.

The Mursi administration has defended the decree as a temporary step needed to smooth the transition to a new system of government. It guarantees new steps to investigate violence against protesters during the uprising against Mubarak.

The president’s only public appearance since the decree was to Islamist supporters outside his presidential offices.

Liberal politician Mohamed ElBaradei said Mursi had not given “a whiff of an indication” that he had anything of the sort in mind when they met in the days before the announcement.

“You assume that if somebody, the president, is going to take sweeping measure grabbing all powers that he will at least consult before. There was no consultation at all. That doesn’t show the best of good intentions or good will,” he told Reuters.

“He didn’t mention anything of that kind,” added Amr Moussa, the former Arab League secretary general who ran in the presidential election and met Mursi three weeks ago. He was also speaking to Reuters.

Brotherhood spokesmen routinely refer questions about Mursi to the president’s staff, saying they cannot speak for him.

Brotherhood spokesman Mahmoud Ghozlan dismissed the accusations that the group shapes presidential policy as one of an endless list of fabrications against the group.

“The president has many legal experts and I think they wrote it,” he said, referring to the decree.

Justice Minister Ahmed Mekky, a judge broadly respected for his independence in the Mubarak era, has studiously avoided answering journalists’ questions on whether he knew about the decree in advance. He has since expressed his “reservations”. DM

Photo: Members of the Muslim Brotherhood and supporters of Egypt’s President Mohamed Mursi argue with an anti-Brotherhood (C) supporter wearing a sign on his head that reads “Retribution for the Martyrs” during a protest against general prosecutor Abdel Maguid Mahmoud and the Mubarak regime at Tahrir Square, the focal point of the Egyptian uprising, in Cairo October 11, 2012. Egypt’s president removed the general prosecutor from his post on Thursday, appeasing demonstrators who accused him of presenting weak evidence in a case against Mubarak-era officials accused of planning attacks on protesters last year. REUTERS/Amr Abdallah Dalsh