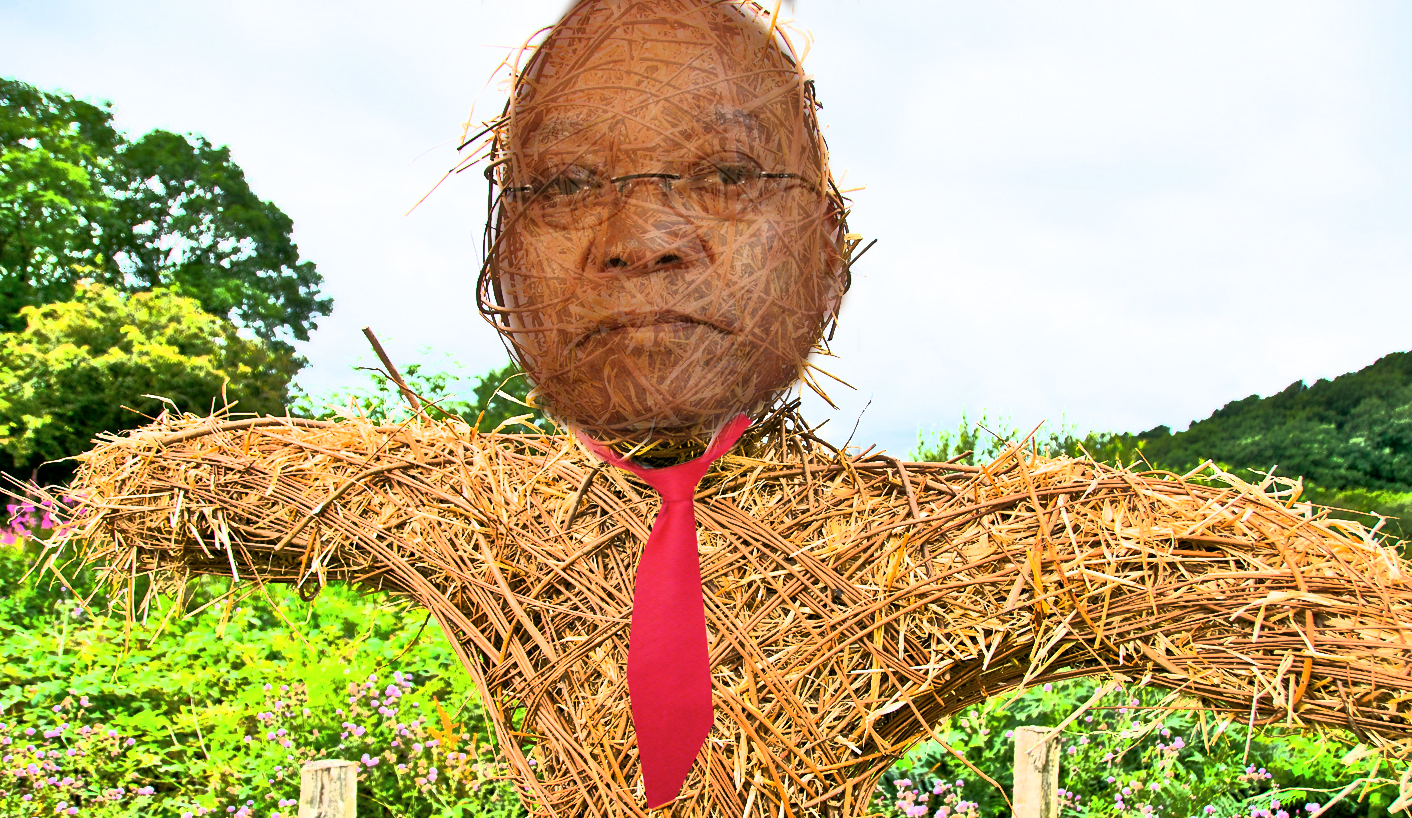 As the scandal around President Jacob Zuma’s Nkandla homestead mounts and his leadership weaknesses become more evident, it becomes increasingly difficult, even for his most ardent supporters, to justify why they support his re-election at Mangaung. The failed attempt by opposition parties to pass a vote of no confidence against Zuma saw the ANC try every possible means to avoid having to defend his leadership, as that could have proved an insurmountable task. And yet, almost inexplicably, Zuma’s campaign for a second term is still on track. By RANJENI MUNUSAMY.

President Jacob Zuma’s home base, KwaZulu-Natal, as was to be expected, came out in full support of his re-election as ANC president at the weekend. KwaZulu-Natal ANC chairman Zweli Mkhize said in his address to the party’s provincial general council in Durban on Saturday that the provincial leadership had conducted a performance assessment of their national counterparts and found that Zuma was best placed to continue to lead the country.

“We actually sat down and analysed each and every one of the leaders of the ANC… their weaknesses and their strengths. We have come to the determination that… uZuma uyabuya (Zuma is coming back),” Mkhize said, according to the Sunday Times.

KwaZulu-Natal will have the biggest delegation at the ANC’s elective conference in Mangaung, and the provincial council was a preparatory meeting to decide the province’s nominees for leadership posts at Mangaung. Zuma and ANC secretary general Gwede Mantashe had uncontested support, but the other four leadership positions were put to the vote.

Indications late last night were that businessman Cyril Ramaphosa secured the most votes for the position of deputy president, and Baleka Mbete was supported for re-election as national chairwoman. Mkhize received the most votes for the position of national treasurer and Jessie Duarte received the province’s nomination for deputy secretary general. Despite KwaZulu-Natal’s initial overtures to the Anything But Zuma lobby to prevent an election showdown over the presidency, their shunning of Deputy President Kgalema Motlanthe from their slate now means that he would have to go up against Zuma in order to remain in the top six.

Mkhize did not disclose the criteria the ANC in KwaZulu-Natal used to conduct the leadership assessment, in particular what special qualities the province felt Zuma possessed to warrant support for his re-election or on what basis other contenders might have been marked down. As the group driving Zuma’s re-election bid, surely this assessment would have been vital to influence other structures in the party who are doubtful about the president’s leadership qualities or who are opposed to him staying in the position.

But Mkhize did not elaborate on the assessment, because there was no way it could stand up to any reasonable test of truthfulness or reliability. Mkhize is one of the more sober and rational leaders the party has, and he would know that trying to make a case publicly, explaining Zuma’s superb leadership skills, would turn him into a laughing stock.

So instead, the best he could do was to try and convince journalists at a media briefing later that ANC members still had faith in the president’s leadership.

“You hear comrades from different provinces making comments [in favour of Zuma]… If you look around, from where we stand, we don’t have the same pessimism that you see in the media,” Mkhize said.

When he was asked about the qualities needed for leadership positions, Mkhize said: “It is not something in which we can give you a scorecard and say on this item this is the score. This is a political assessment of the performance of a leadership both collectively and individual contributions.”

The KwaZulu-Natal meeting seemed unmoved on Sunday by the growing scandal over the renovations at state expense to Zuma’s Nkandla homestead. City Press reported that the Department of Public Works did not only foot the R248-million bill for security upgrades, but also a tunnel for cattle, new homes for three families who had to be relocated due to the expansion of the compound, an entrance road to the homestead and a tuck shop.

Documents leaked to several media houses show that Zuma was briefed on the upgrades by the former ministers of public works. The documents also show that the cost of the renovations ballooned from R6 million to R248 million in two years.

The presidency has reserved comment on the latest round of reports on the Nkandla renovations. “As you are aware, the president has indicated various investigations are going on into different aspects. He has appealed to us all to await the outcomes,” said Zuma’s spokesman, Mac Maharaj, told Sapa.

The deepening scandal has emboldened the opposition Democratic Alliance to reconvene the National Assembly to deal with Zuma. Eight opposition parties attempted to force a debate and vote of no confidence in the president last week before the National Assembly rose for the Christmas recess. Their application to try to compel the Speaker of Parliament to allow the debate was dismissed in the Western Cape High Court.

The parties are now taking the matter to the Constitutional Court to have the National Assembly reconvene to debate the motion of no confidence.

DA parliamentary leader Lindiwe Mazibuko said on Sunday that there was now no doubt that “Nkandlagate” had resulted in such a serious crisis of accountability for the presidency that it warranted urgent action by Parliament.

“This is supported by what is clear prima facie evidence that President Zuma misled Parliament when he attempted to defend the project during questions to the president. I will therefore request a meeting with Speaker Max Sisulu to ask that he reconvenes Parliament, which is still in session until 9 December 2012 so that a special parliamentary inquiry can be established by the National Assembly,” Mazibuko said.

“Misleading Parliament and the very serious nature of this scandal would fully justify the Speaker taking such drastic action,” she said.

The inquiry must summon all the relevant personnel and documentation for information, and accordingly provide the National Assembly with recommendations on the basis of its findings, specifically over whether Parliament was misled by Zuma, Mazibuko said.

As long as Zuma and his office put off explaining the expenditure on the renovations at the compound, the Nkandla scandal will remain a monkey on his back. Though it might not impede his party election campaign, Zuma and the ANC are in for a hell-run with concurrent investigations by the Auditor General and Public Protector, as well as now a possible special inquiry by Parliament.

It would be fascinating to find out if all the ANC structures discussing the nominations for Mangaung, including KwaZulu-Natal, are considering the impact of the scandal and the concurrent investigations are having on the image of the party. It is difficult to imagine how they would explain to the electorate in 18 months that they were aware of the shocking wastage of taxpayer’s money on Zuma’s private residence but decided to disregard it.

But it will be even more fascinating to see whether South Africa’s voting public will also overlook the matter in the 2014 election, or whether propping up the strawman president and the handling of Nkandlagate will prove to be a fatal error for the ANC. DM

Photo: A montage of several photos.