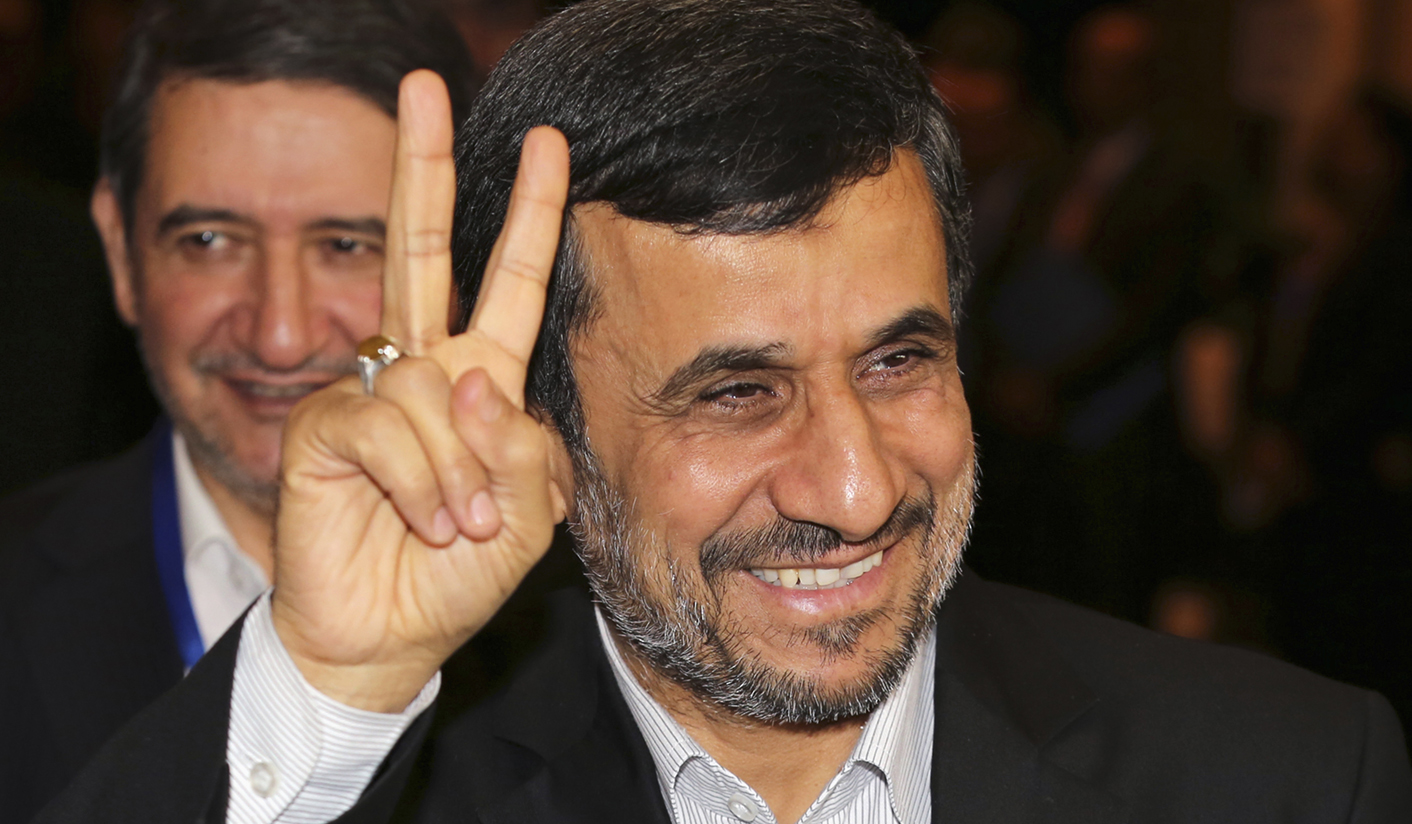 Six world powers agreed on Wednesday to seek renewed talks with Iran as fast as possible, reflecting a heightened sense of urgency to resolve a long rift over Tehran's disputed nuclear activity and avert the threat of war. By Justyna Pawlak.

Their call coincided with growing evidence of Iran expanding nuclear capacity in an underground bunker virtually impervious to attack and follows the Nov. 6 re-election of U.S. President Barack Obama, which has cleared the way for new contacts.

Senior diplomats from the six countries – the United States, Russia, China, France, Britain and Germany – met in Brussels on Wednesday to consider new negotiating tactics despite abiding scepticism that a deal with Tehran can be reached.

It was not clear after the meeting what options, if any, were agreed. But the six said “necessary contact” with the Iranians would be made “in the coming days”.

“The (six powers) are committed to having another round of talks with Iran as soon as possible,” said a spokesman for EU foreign policy chief Catherine Ashton, who represents the six countries in dealings with Iran.

Analysts warn that a window of opportunity for a negotiated solution is narrowing because of growing alarm over Tehran’s nuclear course in Israel, the Middle East’s only nuclear power which has threatened to bomb the atomic sites of its arch-enemy.

Any Israeli air strikes, which many believe would escalate into a wider Middle East war damaging to a wobbly global economy, is unlikely before Israel’s Jan. 22 election, experts say, giving the six powers some room for diplomatic manoeuvre.

“There certainly is a window to do a deal, but that window is closing, and closing fast. Ultimately it depends on the Iranians meeting their international obligations,” said Ariel Ratner, a former Obama administration political appointee on Middle East issues at the State Department.

By “obligations”, he was referring to U.N. Security Council resolutions telling Iran to suspend uranium enrichment, the main pathway to nuclear bomb fuel, and open up to U.N. nuclear inspectors in exchange for trade and technology benefits.

Iran’s defiance of the resolutions, rejecting suspicions that it is refining uranium for anything other than peaceful energy, has prompted increasingly harsh sanctions on Tehran.

After three inconclusive rounds of talks with Iran earlier this year, Western diplomats say the six negotiators need a new approach to engineer a deal with the Islamic Republic.

The stakes have risen since diplomacy resumed in April after a hiatus of more than a year, they say, with a U.N. watchdog report last week showing Iran is set to sharply expand uranium enrichment in its bunkered Fordow plant.

Iran denies international accusations it is seeking nuclear weapons and has so far refused to meet demands to scale back its atomic activity, insisting on immediate relief from sanctions.

Western powers have rejected that in previous rounds, instead offering limited incentives focused on technology cooperation. They have also ramped up punitive measures intended to get Iran, one of the world’s biggest oil producers and exporters, back to the table for meaningful talks.

Diplomats say one option being considered by the six powers is to ask Iran for more concessions while offering more substantial sanctions relief.

“With more space in Washington and more pressure in Tehran, there might just be room for a deal,” said Jon Wolfsthal, a former adviser to U.S. Vice President Joe Biden. “Sanctions relief has to be on the table at some point, but Iran has to be able to get to ‘yes’.”

In the earlier meetings this year, the powers called on Iran to stop producing higher-grade enriched uranium, shut down the Fordow facility and ship its stockpile abroad.

Iran rebuffed the proposal, described by Western officials as an initial step to build confidence, and demanded recognition of its “right” to refine uranium, activity which can have both civilian and military purposes, as well as sanctions dropped.

Any new deal would have to be carefully choreographed to entice Iran to make concessions while taking into account deep-seated reluctance among Western governments to ease sanctions.

“The key is sequencing the significant steps,” said Cliff Kupchan, a Middle East analyst at consultancy Eurasia Group. “My guess is that’s what they (the six powers) will discuss.”

Iranian central bank governor Mahmoud Bahmani told Reuters on Thursday that it had avoided a “serious dent” to its economy from sanctions thanks to gold reserves sufficient to last 15 years, high oil prices and reduced imports.

The sanctions have caused the rial currency to plummet, inflation to jump and hundreds of thousands of job losses. DM