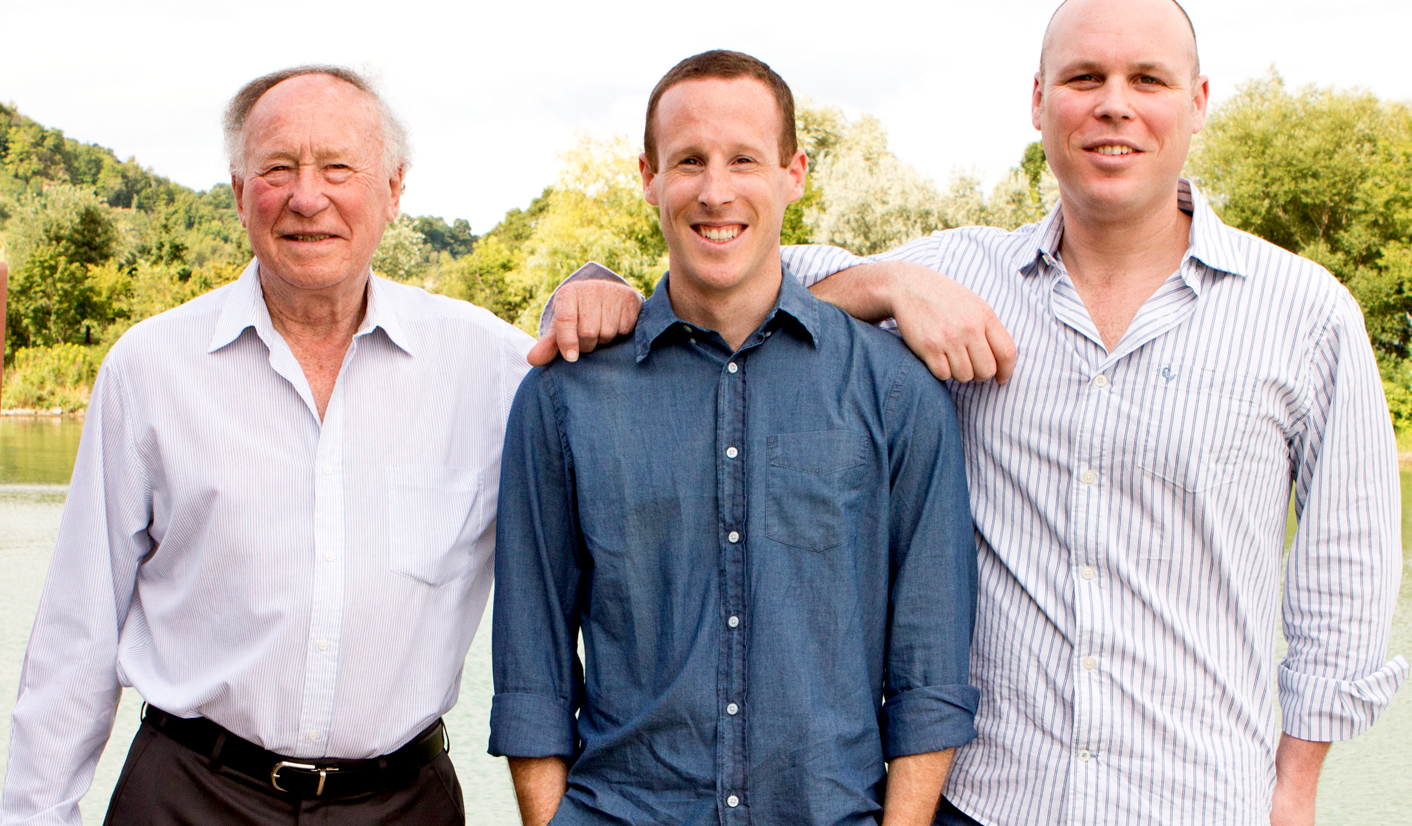 Cyril Karabus, the 77-year-old Cape Town doctor detained in the United Arab Emirates since August on manslaughter charges after the death of a patient 10 years ago, was supposed to hear his fate in an Abu Dhabi court on Tuesday. Due to missing medical files, the case was postponed till 6 December. It’s the latest blow for Karabus in what his family insists is a farce of a trial. By REBECCA DAVIS.

On a Facebook page set up under Cyril Karabus’s name, emotional posts attest to lives touched by the Cape Town paediatric oncologist. “Twenty-nine years ago you diagnosed our sons Derick and Pierre Muller with haemophilia and up to this day we as a family is still thankful to the way you helped us through that ‘unknown’ field so many years ago,” one woman wrote. “Prof Karabus is a wonderful man and physician. He treated my son, Carlo, with factor-V-deficiency haemophilia for many years before his death at the tender age of 21, with dedication, care, and compassion,” another contributed. But the man so glowingly eulogised on the page sits in Abu Dhabi awaiting trial for manslaughter.

It has now been over three months since Karabus was arrested while in transit from Dubai to South Africa. On 18 August Karabus was travelling back from Canada, where he had attended his son’s wedding. Because of the length of their stop-over in Dubai – 10 hours – Karabus, his wife and daughter were given 24-hour visas to go to a hotel. When they returned to board the plane Karabus was approached at passport control by a man who told him that he was with the police and Karabus needed to accompany him.

“They didn’t tell us anything. They didn’t tell us why he was being arrested,” Karabus’s daughter Sarah, a Cape Town paediatrician, told the Daily Maverick. “We were told that we could not stay in the country with him, and we had to get on our flight.”

It emerged – several days later – that the offence Karabus was being arrested for was related to a five-week locum stint that Karabus spent in 2002 working at the Sheikh Khalifa Medical Centre in Abu Dhabi. There, Karabus treated a three year-old Yemeni girl with acute myeloid leukaemia, a form of blood cancer for which the prognosis is not usually good. Karabus maintains that he did everything in his power to keep the child alive, including giving her blood platelets. The girl died, however.

After his locum Karabus returned home to Cape Town and never heard anything further. He had no idea, for instance, that he had been tried and convicted in absentia in 2003 for manslaughter – accused of failing to give the patient platelets – and fraud, for allegedly inserting a fake document into the medical records. At no point was he contacted by the Abu Dhabi hospital where he had worked, or any authorities. If he had never set foot in the UAE again, he would likely have never found out about the case at all. It was only because he returned, even merely in transit, that he was arrested.

The 2003 verdict against Karabus has since been set aside, but he is now on trial again for the charges of manslaughter and fraud. (In the UAE, medical malpractice is a criminal, rather than a civil, matter.) A panel of medical experts has been appointed by the state to consider the evidence. But the problem is that there isn’t any. If the full medical records were available, Karabus’s lawyers say, he would be exonerated immediately. But when his legal team was handed the medical files to prepare his defence, they discovered that there were crucial omissions.

Karabus’s lawyer Michael Bagraim calls it a “horror story”. Talking to the Daily Maverick after the trial postponement on Tuesday, he explained: “In the file, there is one week missing of medical notes and documentation. This is the crucial week when Karabus was ministering, and when the child died. We don’t have those records as the defence. And the horror part is that you are basically presumed guilty until proven innocent.”

The judge ordered the case postponed on Tuesday in order that the full files could be located. But Bagraim doesn’t think there is any chance of that happening. “The legal advisor to the hospital has told me that he believes that in 2004, the court ordered those records to be destroyed,” he said. “If that’s the case – that they don’t exist – then the question to be asked is what will happen on the 6 December.”

There is one sinister possibility, which is to do with faked evidence. Karabus’s daughter Sarah cites the case of Dr Eugen Adelsmayr, an Austrian doctor who was convicted of murder in absentia a month ago by a Dubai court. Adelsmayr is accused of having switched the life-support system of a quadriplegic patient off in February 2009, and then issuing “Do Not Resuscitate” orders to staff. Adelsmayr reportedly took a copy of the medical files with him when he left Dubai in September 2011, and says that the medical files produced by the prosecution at his trial were notably different. Adelsmayr has been sentenced to life in prison, and cannot appeal the verdict from abroad.

“That’s what makes us so nervous,” said Bagraim. “If all a sudden they produce the files and it’s not what we know happened. That would be horrific.”

Karabus does have one document in his possession which might work in his favour: a record of the fact that the blood platelets of the Yemeni child almost doubled overnight. “Medical science tells us that this could only happen with a platelet transfusion,” said Bagraim. “So now we’re hoping that the medical panel they appointed will come to the same realisation.”

International medical organisations have rallied to support Karabus, with the World Medical Association writing to the UAE justice minister to express its concern that he be given a fair trial. In South Africa, former colleagues of Karabus have expressed their shock at the charges and their conviction that he would have given the child all possible medical attention. Professor Heather Zar, head of the department of paediatrics and child health at Karabus’s old employer, the Red Cross Children’s Hospital, told the Daily Maverick that Karabus has a “sterling reputation”.

“He is an outstanding doctor,” Zar said. “He led the unit of paediatric oncology for many years. During that time the field of oncology changed a lot, so that cures became possible. He was very much at the forefront of accessing treatment for South African and African children who needed it.

“Firstly, he simply provided such good care for the children he treated,” she said. “Then his contribution to training and teaching. Many of the leading healthcare professionals in the field today trained under him. And thirdly, advocacy – he made parents become advocates for their children’s treatment.”

Zar calls Karabus “a man of absolute integrity”. She cannot believe that a case of this nature against him could have any merit. “The notion that he could have been negligent is outrageous,” she said.

South Africa’s Treatment Action Campaign (TAC) has been particularly vocal in lobbying for Karabus’s release. In a statement released on Monday, it criticised the handling of the case by the Department of International Relations and Cooperation: “We have learned that the South African embassy has done almost nothing to assist Professor Karabus.

“We are disappointed by the failure of the Minister of International Relations and Cooperation and the South African embassy in the UAE to do anything substantial to secure the release of Professor Karabus.”

The Daily Maverick was unable to secure comment from the Department of International Relations and Cooperation on Tuesday, but Karabus’s lawyer backed up the TAC’s account. “We’ve had no report-back, no suggestions, nothing,” Bagraim said. He singled out Mike Canham, in the Western Cape provincial department, who he says has been compassionate and helpful but cannot do much. Karabus has received basic consular support in Abu Dhabi, but nothing further. “At every single turn, my father’s basic human rights are being violated,” Karabus’s son Michael told ENCA yesterday. “When are we going to see some serious action from our government?”

The TAC has also targeted Emirates Airline for criticism, as Karabus was flying Emirates when arrested. “We are astonished that the airline failed to warn Professor Karabus that he was wanted in the UAE,” it said. Sarah Karabus says that at the beginning of their journey in Toronto, airline staff informed them that there was some form of security alert attached to her father’s name, but would not elaborate, and certainly gave no sense of its severity. Sarah says that her family asked Emirates if it would consider funding tickets for them to visit Karabus in Abu Dhabi as a goodwill gesture, but it declined.

When the Daily Maverick approached Emirates Airline for comment, it was told: “This is a legal issue being dealt with by the relevant authorities and does not involve Emirates.”

Karabus’s health is precarious – he requires a pacemaker and a stent. Although initially kept in a local jail, Karabus was granted bail of R240,000 in October, after numerous hearing postponements. Since then, he has been living in the house of a doctor friend in Abu Dhabi. From Wednesday this week his friend departs, however, and Karabus will be forced to find accommodation in a hotel. “It will cost R20,000 to R30,000,” said Bagraim.

Add that to the cost of bail and his legal fees, and Karabus’s stay in the UAE is proving deeply expensive. Earlier this month Cape Town entertainers held a concert to raise money for Karabus’s legal fees, but there is an ongoing appeal. In the event that Karabus is found guilty in December, it is also likely that he will have to pay “blood money” to the deceased child’s family amounting to about R1 million. The TAC pointed out that Karabus was already retired when he took the locum position in the UAE, driven by financial need after a life dedicated to work in the public health system. “No doubt if Professor Karabus had instead spent his life working in the private sector, he would not have needed to supplement his income in this way,” the TAC said.

The worst case scenario – a guilty verdict in December – will likely carry with it a jail term of at least three years. “It’s horrific,” repeated his lawyer. “He spent 45 years building up his good name saving kids from impoverished backgrounds, turning their lives around. The thought of being convicted for murder has destroyed him.”

Daughter Sarah told the Daily Maverick that Karabus was “despondent” after the trial’s postponement on Tuesday – no doubt exacerbated by the fact that the elderly doctor is shackled for each court appearance. If he is sentenced to a three-year jail term, she fears the worst.

“I don’t think he would survive it,” she said simply. DM

Photo: Dr Cyril Karabus with his sons earlier this year