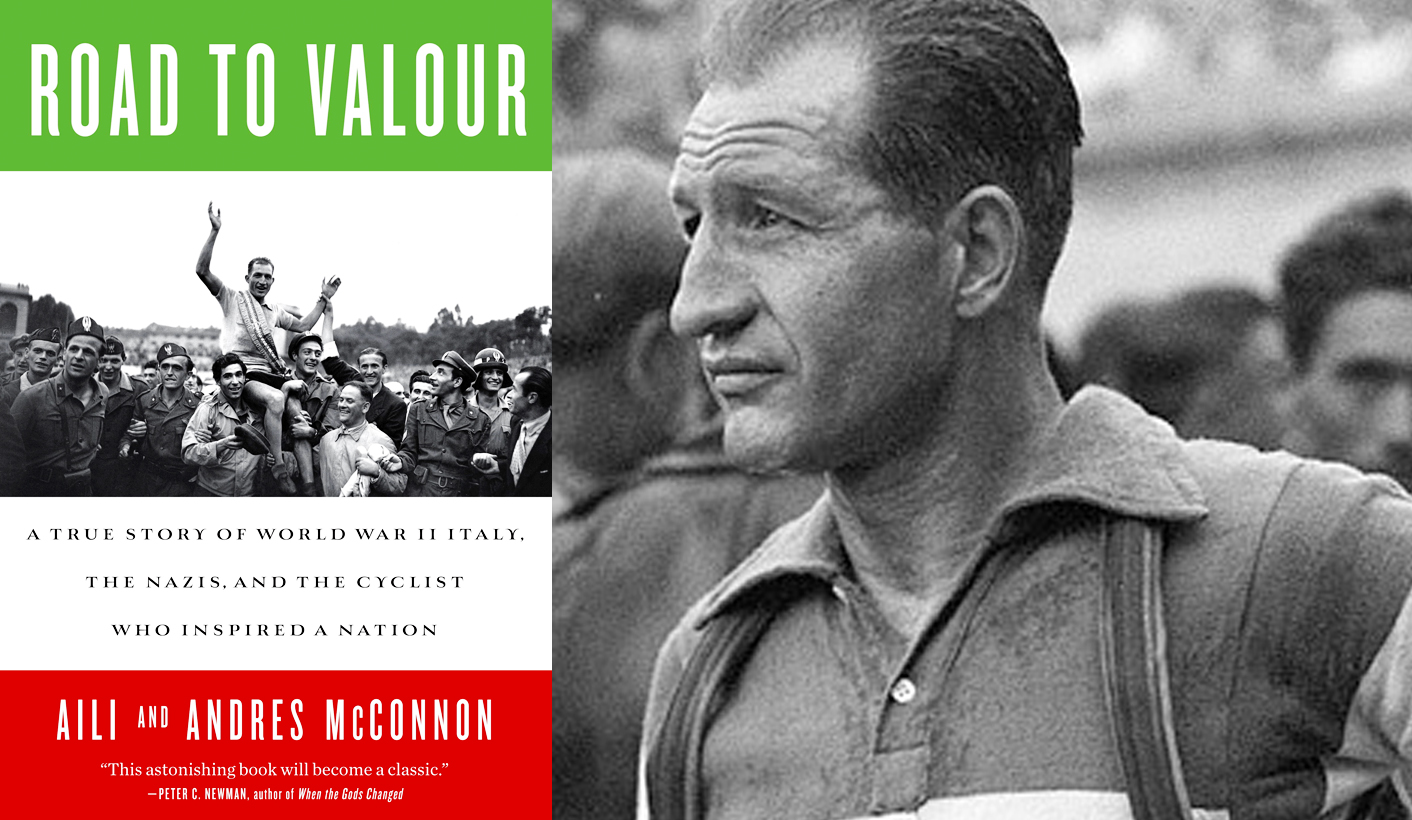 A brother and sister have written a book about a cycling hero named Gino Bartoli. Yes, you read “cycling hero” correctly. By RICHARD POPLAK.

Cycling: the spandex-dominated sport in which a coterie of drugged up, self-regarding anorexics fling themselves around Europe on R100,000 bicycles, while using the C-bomb to refer to the press (thank you, Bradley Wiggins), and spending tens of millions of dollars to dodge the United States Anti-Doping Association after a lifetime of systematic malfeasance (cheers, Lance Armstrong.) A panoply of skinny villains, juiced on cutting-edge cancer medication and their own blood, and a culture of dissembling that dates back to the very first Tour de France, which was itself a massive marketing stunt designed to sell newspapers. “Murderers!” screamed a famous cyclist at Tour organizers in 1911. Where, one wonders, are all the good guys?

There are a few. How about laidback, squeaky-clean Ryder Hesjedal, who won the 2012 Giro d’Italia, a Grand Tour triumph that places him among the legends. And, um, there are some other… Well, let’s just cut to the chase, so to speak. Cycling’s reigning stand up fella, its patron saint, its Dalai Lama, will forever be a Tuscan dynamo named Gino Bartali, whose life is deftly recounted in a new book called Road to Valour: A True Story of WWII, the Nazis, and the Cyclist who Inspired a Nation, by the brother/sister combo of Aili and Andres McConnon.

First, a warning: Road to Valour is bound to become the cycling fan’s Beaches, a book that should mandatorily be sold with four boxes of Kleenex and a Snuggie. For those of us who wept through It’s Not About the Bike: My Journey Back to Life, please understand that you now have access to the high-grade EPO of cycling tomes, a Seabiscuit crossover product that you can hand to your spouse and say, “See! This is why I dress up like fat Superman and risk my life in traffic.”

Gino Bartali was born in a Tuscan village near Florence. For the Bartali clan, “dirt-poor” was an upwardly mobile aspiration. This is familiar territory for Italian pre-war mythologising: the poverty, the dry crusts of bread, the perennially “mama mia-ing” mama. Bartali dreamed, like most young men, ofowning his own bicycle, and had to scrape up the money to buy one. He took to it instantly, and soon began winning local races, graduating from the amateur to professional in no time at all.

His burgeoning career evolved alongside the Fascist movement, which used sport —and the idea of the hale, hirsute Italian male — as one of its ideological tent poles. “I was neither hot nor cold about politics. It wasn’t my trade. I wanted to be a man of sport,” Bartali once said. But Mussolini and his collaborators weren’t interested in fence-sitting. To be a sportsman in 1930s Italy was to be a political figure, co-opted into the Fascist project from the first pedal stroke to the last. You were riding for Italy, and were therefore riding for Il Duce.

Our story begins, like most myths, in the hobbit shire of Bartali’s youth, before the coming of the darkness. The McConnan’s are remarkably adept at the most important form of cycling prose-poetry, which is, of course, the menu: “On race days, breakfast began with an espresso or a cafe latte and some bread with jam or Gino’s favorite: honey. Next he ate pasta or rice with a cheese or butter sauce, ideally accompanied by eggs, veal, or steak. For a midday snack, he liked a couple of panini with cheese, marmalade, or salami, sometimes all three at once. During a multiday race, the portions became much larger to account for the increased caloric output. In one such race, Gino was eating almost a dozen raw eggs a day while cycling, breaking their shells on his handlebars before swallowing the yolks. In another, he confessed to eating a whole rabbit and a chicken in one sitting.”

The mood darkens, however, as war approaches, and the Fascist regime grabs the handlebars of Bartali’s bike, steering him according to their agenda. He was forced to race the Giro d’Italia after a bout of illness — a race so formidable that it can break a world-class athlete at the best of times. And after he became the just second Italian to win the Tour de France, the regime forbade him from defending the title as neighbourly relations soured. War was minutes away — Bartali’s career, and his rivalry with one of the best cyclists of all time, Fausto Coppi, would be put on ice for the duration.

Should Bartali’s story have ended here, he would merely be a footnote in cycling history. But our hero was a devout Catholic, and made for a bad Fascist. When he was called upon by a local cardinal to shelter a Jewish family during the German occupation in 1943, and to ferry around faked ID documents in the frame of his bike so that Jews could make a breakaway of their own, Bartali nervously rode his way into sainthood.

Thus, he joins the pantheon of heroes, and a well-placed Bartali tattoo is sure to protect any serious cyclist from major injury or a bad wax job. And, let’s be clear, the McCannon’s are wholly interested in the beatification of their subject. The book feels light on character and heavy on heroics; the boredom and fear of wartime are depicted through heavy adverbs, rather than genuine character development. But when Bartali makes a run at his second Tour de France victory in 1947, it’s time to get the Kleenex and don the Snuggie — this is undoubtedly one of the great sports stories of all time.